The Queensland-based upstart label brought a touch of Noosa to Sydney's fashion week. In partnership with Mercedes-Benz, we look at how the designers have worked their way up from naievety to nascent stars. 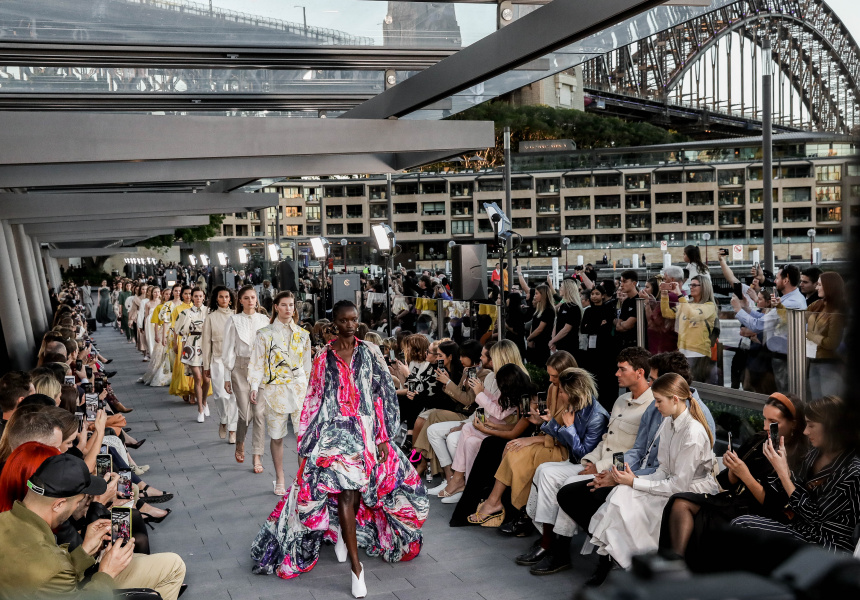 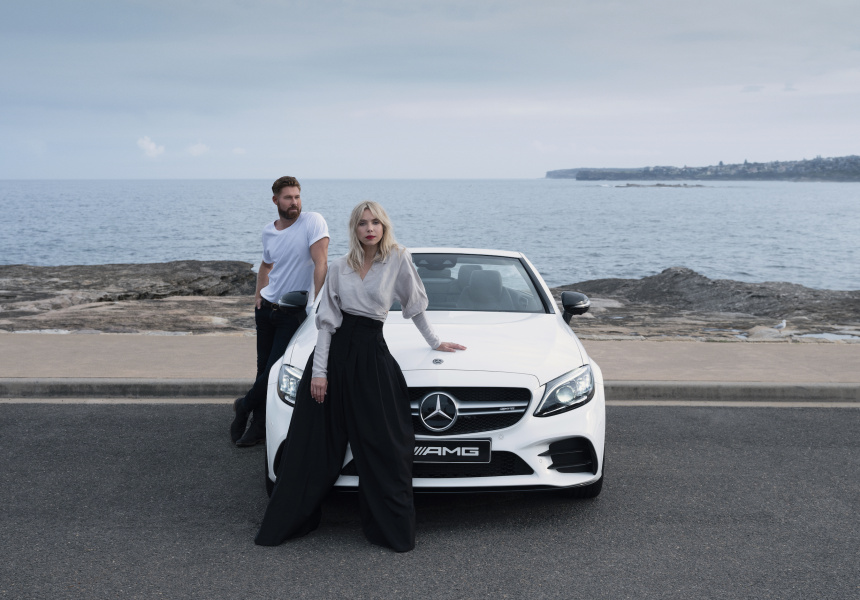 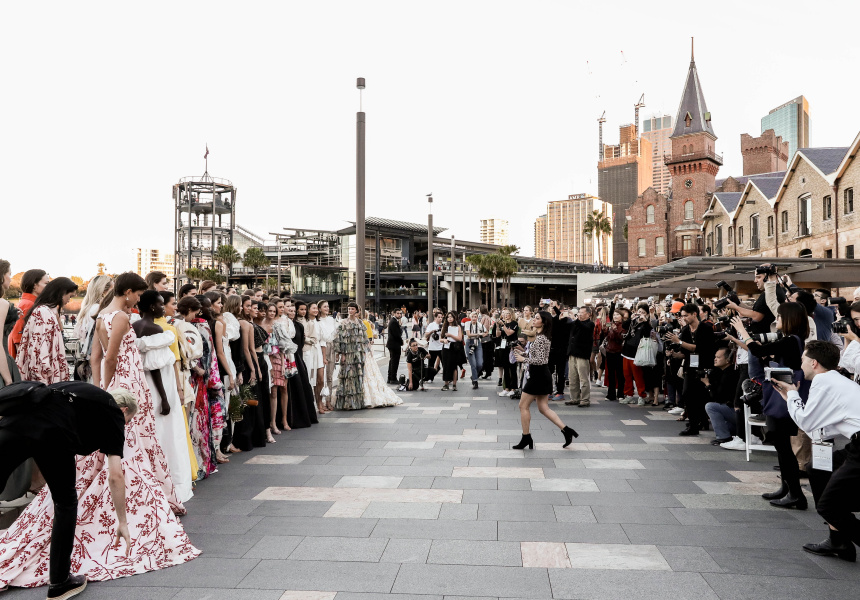 Adrian Norris and Edwina Forest, co-founders of Australian fashion label Aje, say they knew they would one day work together the moment they met at a Brisbane party.

Fast forward a few years and Norris was designing a small collection of resort wear to complement the stock at the Noosa boutique he was working in. Remembering the encounter with Forest, who had been living in Sydney working at Russh magazine as a fashion assistant, he reached out to her for creative input. Together they identified a gap in the market for resort-inspired wear that could also be worn in the city.

“A lot of people travel from Sydney or Melbourne to stay in Noosa during the holidays,” says Forest. “The beautiful main street has a lot of premium restaurants [and we saw they] needed something they could wear from the beach to lunch to dinner.”

Although Norris graduated from Venice’s acclaimed art school Liceo Artistico Venezia, neither had experience in fashion design before starting Aje. When it came to actually drawing their ideas for clothes, Forest and Norris let their imaginations run wild – and hoped for the best.

“We literally just drew things we weren’t sure could be possible,” says Forest. “We were very lucky to have an incredible patternmaker – who’s still with us – who made us understand what was possible or not from our sketches. Sometimes it ended up being a better version of what was designed, sometimes it was completely different. But it was our way to learn.”

Eleven years on, the pair’s intution has proved correct. The label has become known for its chic but classic pieces. Perennial favourites include a line of leather miniskirts, traditionaly feminine yet edgy blouses and dresses, and logo tees. This month the pair’s work was recognised with an invitation to feature its 2020 resort wear in the coveted Mercedes-Benz opening slot of this year’s Mercedes-Benz Fashion Week Australia (MBFWA).

The collection’s prints featured wattle, eucalypt, paperbark and bottle brush, and silhouettes were inspired by elements of the Australian landscape, including rock formations.

“The coastal-urban sensibility we have is such a strong thing for Australia because so many of our cities are on the coastline,” says Forest of the collection. “We have some dresses shaped like gumnuts, and certain patches on some of the clothes come from signposts you see driving down long stretches of Australian road. This pride in being Australian runs deep into our brand DNA and it felt really important, having this prestigious moment, to celebrate this land we call home.”

With a 200-metre-long U-shaped catwalk and 700 guests at its Mercedes-Benz Fashion Week showing, the opening was Aje’s biggest show to date. But with 20 stores to open by 2020, including plans for international expansion, Forest says its important they perfect everything at home first.

“I think we strike a strong balance between innovation, creativity and commerciality,” she says. “If you just have innovation and creativity without the commercial aspect, you can’t survive for very long.”

While such a big showing at MBFWA was nerve-wracking, it was above all a great honour to be selected. “MBFWA opens the resort schedule around the world,” says Forest. “It’s a very prominent spot for people to see us globally. So it’s the one time throughout the Australian fashion calendar where you can flex your creative muscle ... and show the best of what you are able to design for a brand.”