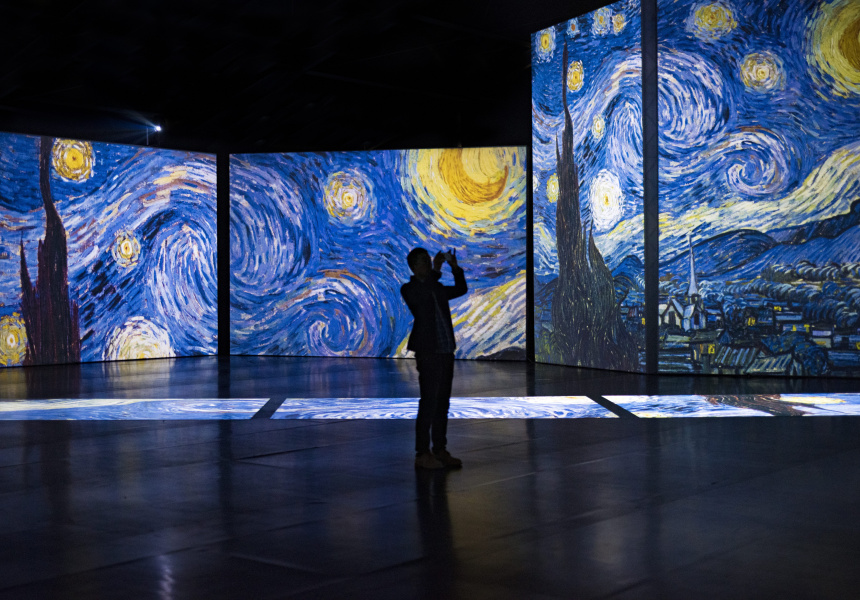 entertainment
Fri 18th September, 2020 – Sun 20th December, 2020
The Royal Hall of Industries
Centennial Parklands, Moore Park
The life and works of the Post-Impressionist master will be turned into a multi-sensory experience involving large-scale projections, an ambient soundscape, dazzling lighting and even piped aromas.

Due to Victoria's second wave of Covid-19 infections, many of Melbourne’s marquee cultural events had to make alternative arrangements – Van Gogh Alive, among those which shifted to Sydney.

The multi-sensory exhibition, involving larger-than-life projections of the Dutch artist’s Post-Impressionist masterpieces, has been a hit but must end its extended season on December 20. The works – including iconic tableau, The Starry Night – are accompanied by a musical score and light projections to give you the sense you’re walking into his paintings. As well as cinema-quality surround sound and dazzling lighting, fragrance will be piped into the space to further transport viewers.

It’s not the kind of technology that can (or should) be applied to every artist’s oeuvre, but Van Gogh’s bold colours and exaggerated brushstrokes lend themselves well to being magnified.

Vincent van Gogh is one of the most revered figures in Western art. The Dutch artist’s early work centred around depicting the harsh realities of pastoral life and farm work in the Netherlands. Later on, following a move to France and heavily influenced by the artists of Paris and the vivid colours of the south of France, Van Gogh began to develop a distinct style of his own, based around big brush strokes, bright colour and the way that light plays with – and distorts – perspective.

He became one of the leading lights of Post-Impressionism, a movement that bridged the gap between classical Impressionism (seen in the works of Monet or Turner) and more modern movements to come, such as expressionism or cubism. Van Gogh is one of the best-known examples of posthumous success in the art world; although his works now regularly set auction records, van Gogh never found fame during his lifetime, and died at 37.

Van Gogh Alive has already toured the world, making appearances in Beijing, Athens, Rome, Dubai and Hong Kong among others. But its creators, Grande Exhibitions, are Australian, so it’s a homecoming for the exhibition.

The show will be hosted at The Royal Hall of Industries in Moore Park. Covid-19 safety measures include controlled capacities, managed visitor flows and a daily deep clean. Hand sanitising stations and masks available. 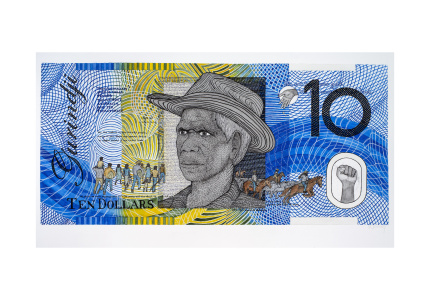