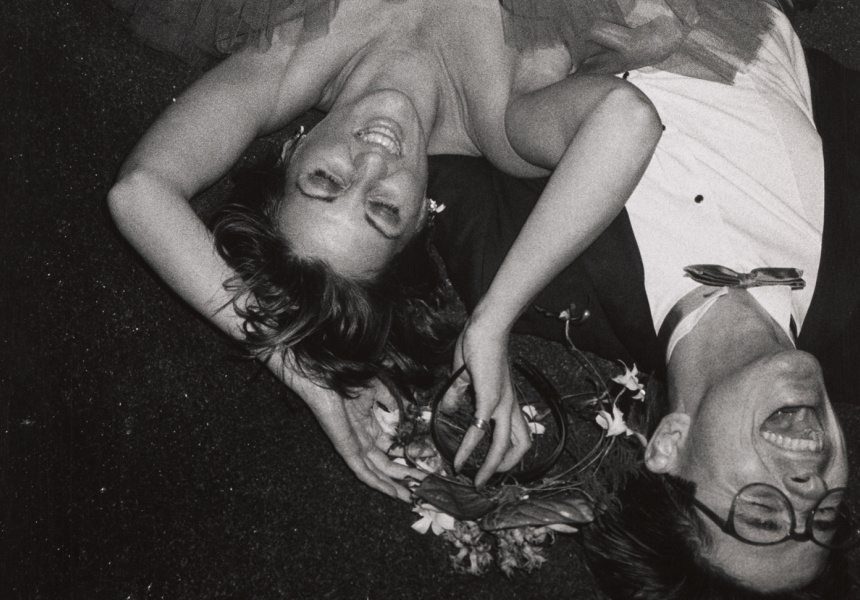 Always dressed to the nines, Rosen believes a security guard mistook him for a celebrity, hurrying him into the studio and leaving hordes of paparazzi out in the freezing snow. Within minutes of entering the studio, Rosen found himself standing next to Paul and Linda McCartney – a moment that would lead to one the most important photographs in his lifetime, of the iconic couple kissing. It’s an image that epitomises Rosen’s four-decade career, in which he frequently rubbed shoulders with the rich and famous at parties, concerts, fashion events and nightclubs across London, Europe and Australia.

The Powerhouse Museum’s Robert Rosen: Glitterati is the largest survey of the work of Robert Rosen, one of Australia’s best-known fashion and social pages photographers. Contrary to the paparazzi of his era, Rosen’s respectful approach frequently earned him the trust of his subjects – leading to intimate moments, like the McCartneys’, captured on film. Known to carry several cameras around his neck, Rosen was a fixture in Australian and international social scenes.

Featuring nearly 1000 photographs, Glitterati includes images from Rosen’s early career in London and Paris (which saw him capturing the fashion shows of Yves Saint Laurent, Claude Montana and Zandra Rhodes) through to his time in Australia, spent photographing Australian Fashion Week backstage and documenting celebrities, politicians and entertainers at all kinds of exclusive events. The exhibition also features enlarged reproductions of 50 never-before-seen signed polaroids from Rosen’s personal collection, ranging from 1980 to 2000 and including images of Yoko Ono, David Bowie and Bette Midler.

An important figure in Australian photographic history, Robert Rosen has added his personal stories to some of the photographs in Glitterati, providing an insider’s look at a world so many of us are curious about. 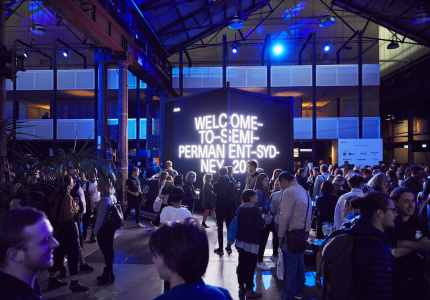