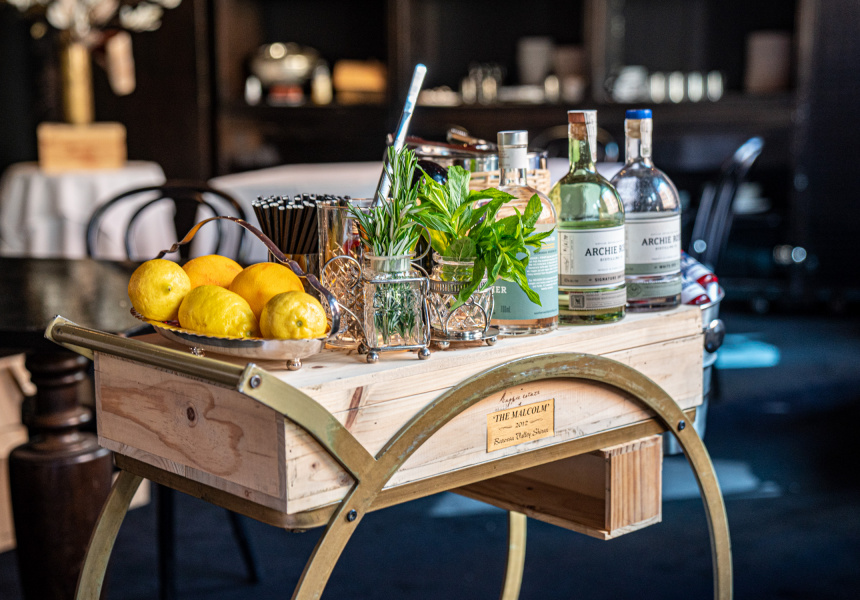 When Nino Zoccali came up with The Milan Cricket Club pop-up, which is opening today, October 1, in La Rosa, one of his two Strand Arcade venues, he was looking to do something fun and unexpected.

Zoccali is known for his classic Italian eateries, The Restaurant Pendolino and La Rosa, whose dining rooms buzz with regulars and an army of staff presiding over champagne, olive oil and dessert trolleys. With renowned ex-Sepia and Old Fitzroy Hotel chef Nicholas Hill at the helm, The Milan Cricket Club will be a total departure from that format.

The plan is to run the pop-up for three months, through the Christmas period. Its short tenure means La Rosa’s dining room won’t change much. “We’re buying a few cricket balls and bats, but besides the menu, not a great deal will be different,” Zoccali says. There will also be a gin trolley and bottled Negronis.

“Depending on how everything goes in the CBD, we may look at a short-term program of pop-up residencies in the La Rosa space before rebooting the restaurant again.”

Stepping back and allowing Hill to lead The Milan Cricket Club means Zoccali can focus on Pendolino. And for the first time in a long time, he’s back in the kitchen.

“Pendolino has transitioned a lot as well. Because of spacing, we’ve changed the format. The table sizes are bigger, and we’ve been doing a lot more tasting menus and changed the service quite a bit. I’m back on the pass six services a week,” he says.

“It feels like we relaunched the restaurant, and it was important for me to be back in the kitchen. It’s been really well received. It’s a better version of Pendolino.”

Between the refreshed Pendolino and The Milan Cricket Club, Zoccali is feeling optimistic. “I’m having fun. I’m really enjoying myself. Crumpets by Merna and Tea Craft at Kepos Street Kitchen Porta Via Per La Casa by Cicciabella