Restaurant Hubert’s Magnums & Movies series is back for winter. From July to September, the restaurant’s owners will screen their favourite films, with magnums of wine to share and bistro feasts to match.

The French restaurant’s lavish Theatre Royale will be put to good use, with proceedings kicking off on July 12 with Alexander Payne comedy Sideways.

On July 26, travel to Tokyo with Scarlett Johansson and Bill Murray in Lost in Translation, then you have three chances to catch neo-noir flick Alphaville as part of this year's Vivid Sydney.

Epic Quentin Tarantino war film Inglourious Basterds is screening on September 5, and the season closes out on September 20 with quirky fantasy Being John Malkovich.

Tickets are $165 and include canapés on arrival, popcorn, free-flowing wine and a buffet dinner (with roast chicken, endive salad, oven-roasted potatoes and craquelin choux buns) during intermission.

Book those tickets now – this event always sells out. 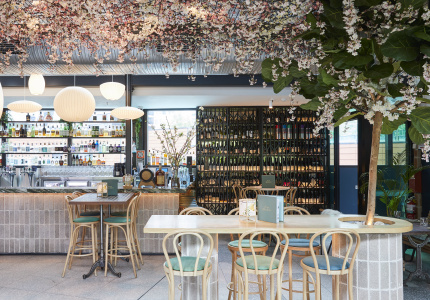 The Fellr Garden of Fizz at the Royal Botanic Gardens Dance With The Dead