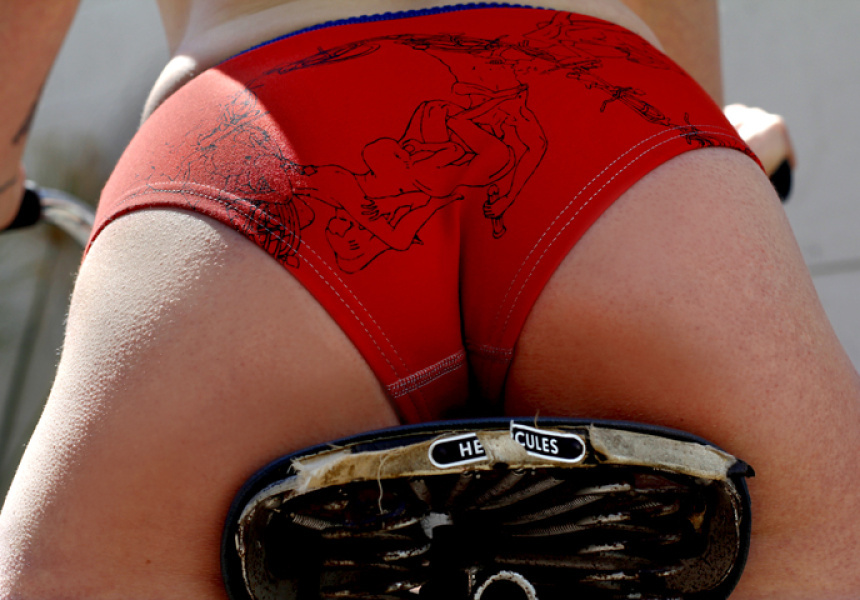 Born in Portland, the Bike Smut Film Festival has graced more than 25 cities with its forward-thinking short-film programs and innuendo-heavy handles. And now the Pacific Rim-Job Tour is coming to Sydney.

It happens at Marrickville's Red Rattler Theatre on March 1.

You can find more info about the event here.