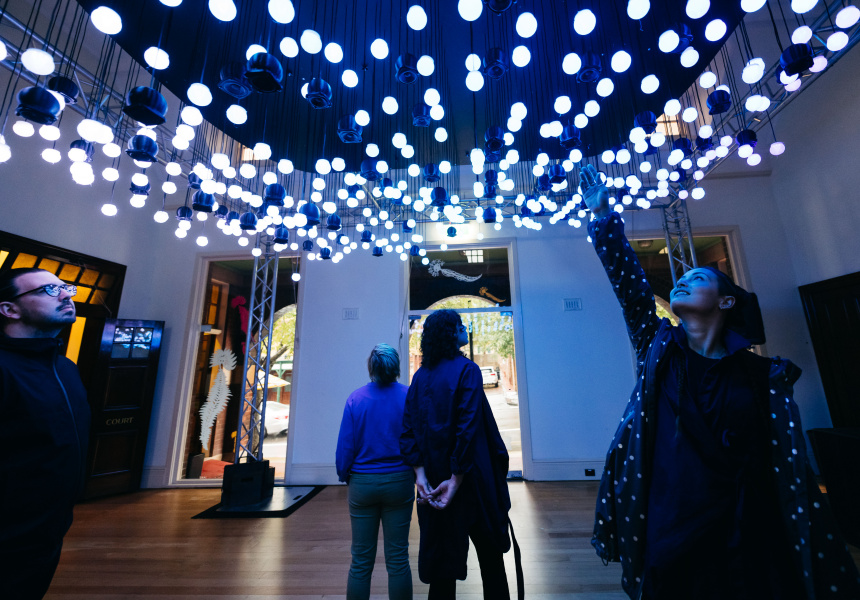 Multi-disciplinary arts organisation 107 Projects has launched 107 on The Rocks – a new month-long festival weaving inclusive cultural experiences and unity throughout the harbourside precinct via art, live music, installations, drinking and dining. The festival will spread across multiple hubs, including a heritage building on Atherden Street, the former Ken Duncan Gallery on George Street, the Old Coroner’s Court and The Courtyard, a pop-up space opposite the Overseas Passenger Terminal on Circular Quay West Street.

In The Courtyard, a bar is pouring beer from Mountain Goat, G&Ts from Hickson House, and rum cocktails by The Keel, and serving up burgers and barbeque. There’ll also be a pop-up oyster bar shucking the bivalves.

It’s not all about the food and drink, though – the heart of this hub is its live-music program, which spans R&B, funk, hip-hop and jazz, curated by FBi Radio and Sima. All but one of the gigs are free to attend. Expect shows such as The Rocks with Eddy Diamond, Ella Haber and Lady King. There’s also a night of dancing, music and drag king performances hosted by party-starters Heaps Gay.

The Courtyard itself is also an artwork – projections of waterfalls from Victoria’s bushland stream on the exterior of the Coroner’s Court. Created by artist Blak Douglas, it’s an attempt to take back the urban environment and restore it to a pre-colonisation state. And Studio Dennis 3D, a modular art installation in the courtyard, will create a “garden of delight”.

The hub at 6–8 Atherden Street will house a music and art experience that explores the stories of 100 women over 100 minutes accompanied by 100 red Handmaid’s Tale-like capes hanging from the ceiling, as well as a series of vintage arcade games. There’s also a range of creative workshops for young people.

Over at The Gallery (73 George Street), punters can participate in free risograph-printing workshops. Over time, a large-scale installation of the printed works will grow. Another video installation will be projected on a wall behind the gallery. By Gadigal, Wiradjuri and Yuin artist Nadeena Dixon, it’ll show works evoking Dixon’s ancestors’ connection to the land.

Finally, in the Coroner’s Court hub, you’ll find an interactive installation with 400 lights and 100 speakers by UNSW’s Interactive Media Lab. Visitors will be able to play with sound installations during the day and watch live music at night. And, in the building’s former cells, an installation by artist Nicole Monks – who has Yamaji Wajarri, Dutch and English heritage – will speak to knowledge transfer, the resilience of the Stolen Generation and the disconnect of living off Country, on the land of other Aboriginal nations. 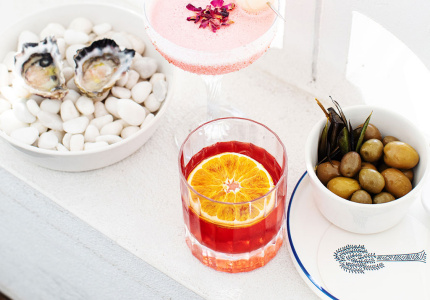