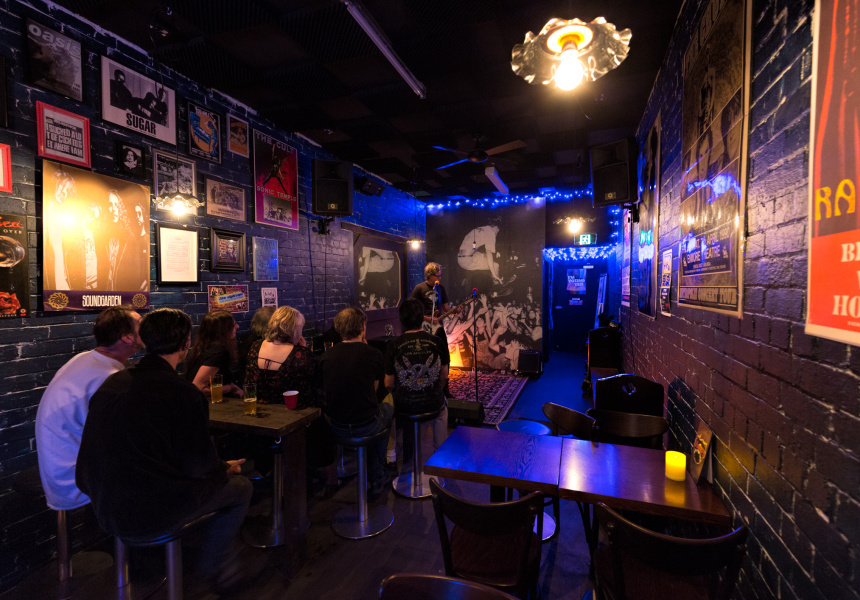 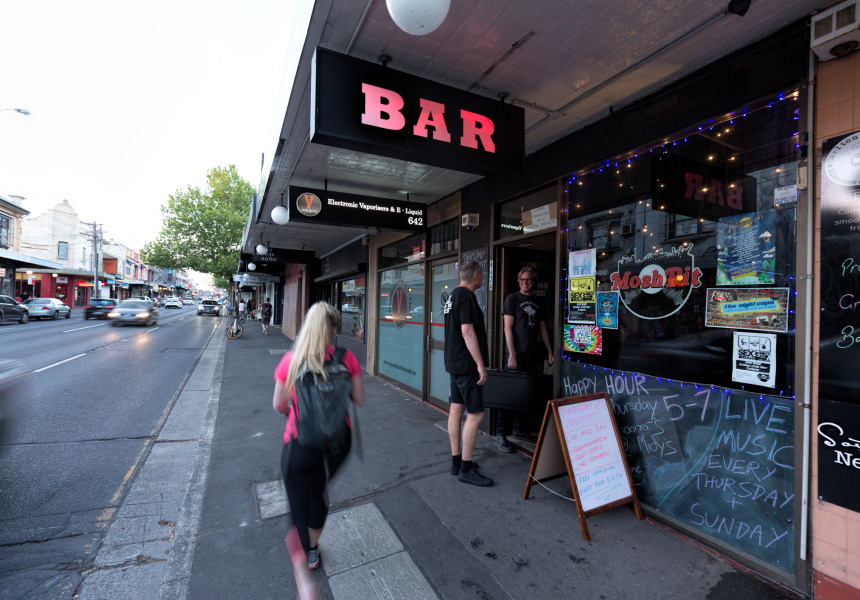 MoshPit is like walking into the lair of a music-lover in the ’90s. Posters from Sonic Youth and Dead Kennedys gigs plaster a long midnight-blue wall at the entry, and at the back of the room, amateur bands play the house down twice a week.

Both music aficionados and old friends, Pete “Wax” Dures and Pat Jones opened the bar as an homage to their respective eras of music. Jones was a follower of the ska movement in the UK, while Dures was into local Australian and international acts in the ’90s.

The “rocktails” are familiar drinks with MoshPit names such as the Gut Settler and the Moshjito. The wine list is approachable and affordable, and a regular rotation of inner west brews (Willie the Boatman, Wayward, Young Henrys) is on tap.

The space is small but not cramped. The long bar, which Dures built from Australian railway sleepers, occupies the front half of the room. At the back are a few tables and seats. On Thursdays and Sundays, furniture is pushed aside to make way for the music. The pair fitted the ceilings and walls with acoustic tiles to placate neighbours outside and to perfect the sound inside.

On Monday and Tuesday you can watch old movies or bring in your own vinyl to play on the turntables.