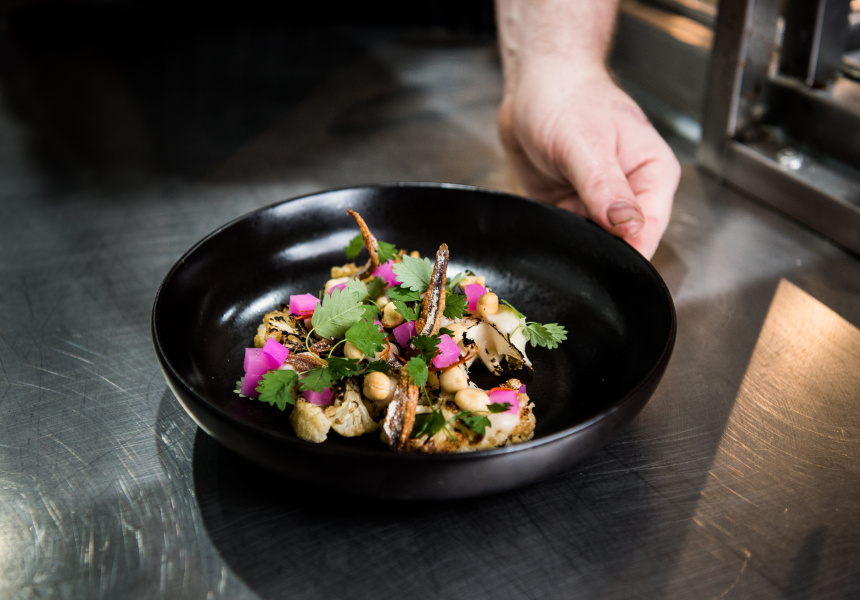 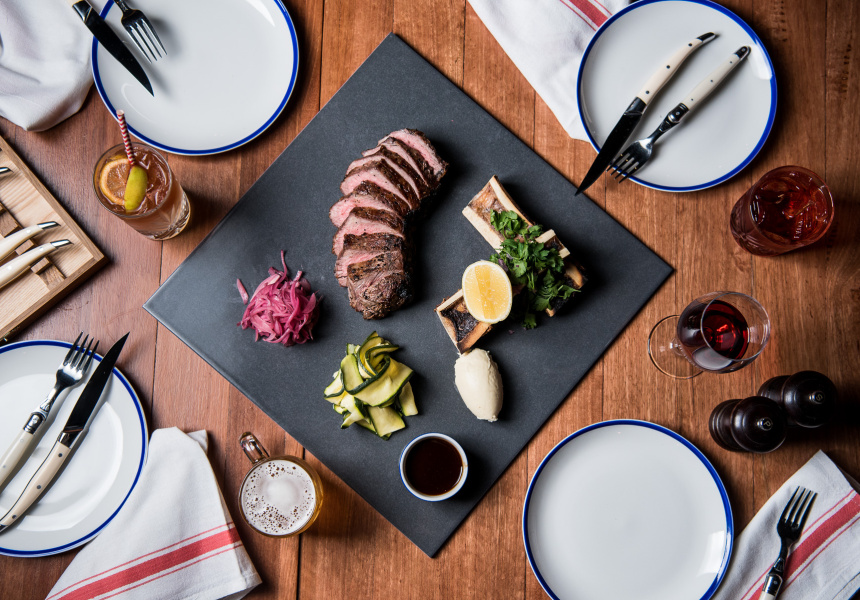 Rose of Australia has been in publican Scott Leach’s family for more than 20 years, so it was only natural for him to name the top floor restaurant after his late father, Howard.

The menu is designed for people to control as much or as little of the experience as they like. Take the whole whey-braised lamb shoulder, slow roasted with coriander and cumin. The whey is a by-product of the house-made labne, which is served as a starter with garlic, chilli and sourdough. There are more adventurous dishes too, like baked Sydney rock oysters dotted with tiny cubes of fermented pumpkin served alongside deep-fried pork crackling dusted with furikake, or cauliflower with crisp, salty anchovies, crunchy peanuts and pickled turnip.

To drink, it’s hard to overlook the cocktail list, refined after many months of testing with the locals (Leach opened the venue as a pop-up during construction, with diners given hardhats and high vis vests). Try the Smoking Negroni, made with applewood-smoked Grand Marnier and Archie Rose gin.

The space itself was designed by Leach and his mother. They retained original elements of the 1932 art deco building, such as the brickwork, windows and fireplace, complemented with pops of colourful artwork and neon signage for a modern edge. There’s lots of greenery too – another nod to Howard, who was a greenkeeper before he bought the pub.