Rewriting the Laws of Australian Television 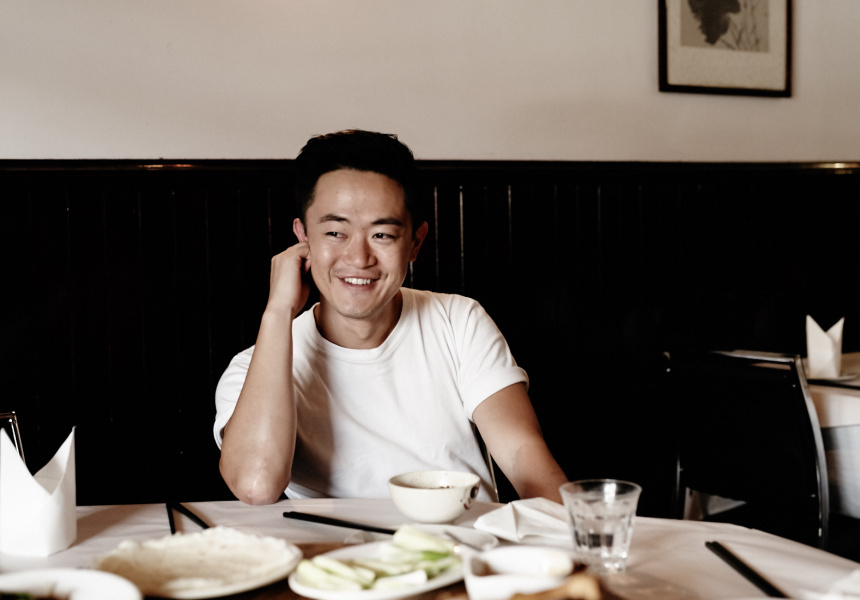 In the early ’90s, long-running soap Neighbours faced accusations of a lack of diversity, due to its consistently all-white cast. So, in 1993, a Chinese family moved into Ramsay Street. The Lim family’s most memorable storyline was when the Martin-family’s dog went missing, and the newcomers were accused of barbequing and eating it.

The ’90s was a long time ago, now. But it was only last week that Channel Nine released a promo for new series, Here Come the Habibs!, a full-blown “there-goes-the-neighbourhood” comedy based on a situation in which – wait for it – a Lebanese family moves into one of Sydney’s richest suburbs.

It’s in this television landscape that Sydney-based writer Benjamin Law’s new comedy about divorce, The Family Law, which premieres on SBS tonight, breaks ground. With an almost all-Asian-Australian cast, The Family Law is radical in its normalcy.

Set in the palm-tree studded suburbs of the Sunshine Coast, the six-part show (adapted from Law’s 2010 memoir of the same name) depicts a young Benjamin Law (a theatrical, narcissistic teen with his heart in the right place) growing up with four brothers and sisters as his parents go through a messy separation. The family is Chinese-Australian, and a few scenes are in Cantonese, but race is in the background, like furniture.

“We didn’t want to empty the show of race, because I think that’s another misstep, not to dig into the cultural specifics of a family,” Law says. “The dynamic of the family is super Chinese in many ways: the way they talk to each other, their furnishings, the food they’re eating, the occupations they have. But that wasn’t the story.

“The main thing we wanted to do on screen was to present a complex, sophisticated, complicated family that’s flawed and sometimes says reprehensible, borderline or explicitly racist things, you know what I mean?” he says, laughing.

Most of the hilariously reprehensible lines come from Ben’s mother, Jenny (played by Fiona Choi). She’s outrageously inappropriate (“Ben, imagine squeezing a lemon out of your penis hole”, when she recalls his birth over dinner), fiercely protective of her children, yet vulnerable, too.

The show was co-written with Marieke Hardy, and worked on by executive producers Debbie Lee (Please Like Me, Angry Boys) and Tony Ayres (Cut Snake, The Slap), both Chinese Australian (“We refer to them as the Chinese media mafia in Sydney”).

I bring up a recent Vulture interview with US comedian Aziz Ansari about his own hit series, Master of None. In it he expands on an idea that appears in one of the episodes, about racial quotas in film and TV.

In the article, Ansari says, “When they cast these shows, they’re like, ‘We already have our minority guy or our minority girl’. There would never be two Indian people in one show. With Asian people, there can be one, but there can’t be two.”

Law’s found that “rule” not only applies within a show, but across shows, too. He says he saw a comment on The Family Law’s Facebook page that called the show “a blatant rip-off of Fresh off the Boat”, an American comedy based on the childhood of celebrity chef, Eddie Huang.

“The only thing they have in common is that it’s an Asian migrant family. That’s it,” Law says. “And I’m like, ‘I’m sorry my parents copied the Huangs! I’m sorry they bred and had children! I’m sorry they were complete counterfeits and weren’t pioneers in having a family!”

I ask Law how his real-life family feels having their private lives – especially from such a turbulent time – aired on television.

“My mum is really stoked. The other thing is, my family’s sense of boundaries is somewhere west of Wrongtown, so we’re pretty open generally,” he says. “And I think because I’ve been writing columns and short essays and books, I know where my family’s boundaries are. And so over the years I know what lines not to step over.”

He also thinks there’s more to it. “My mum raised five kids, full time. That’s a job. And when you work that kind of job, you’re not necessarily seen as legitimately working. Your voice and your story isn’t heard, because you’re just a housewife,” he says.

“So I think she quite likes that, in some strange kind of way, through her son, a version of her story is being told.”

The Family Law screens every Thursday on SBS at 8.30pm, starting January 14.