See the Bard’s work as he intended – with a raucous 900-strong crowd heckling from side of stage. 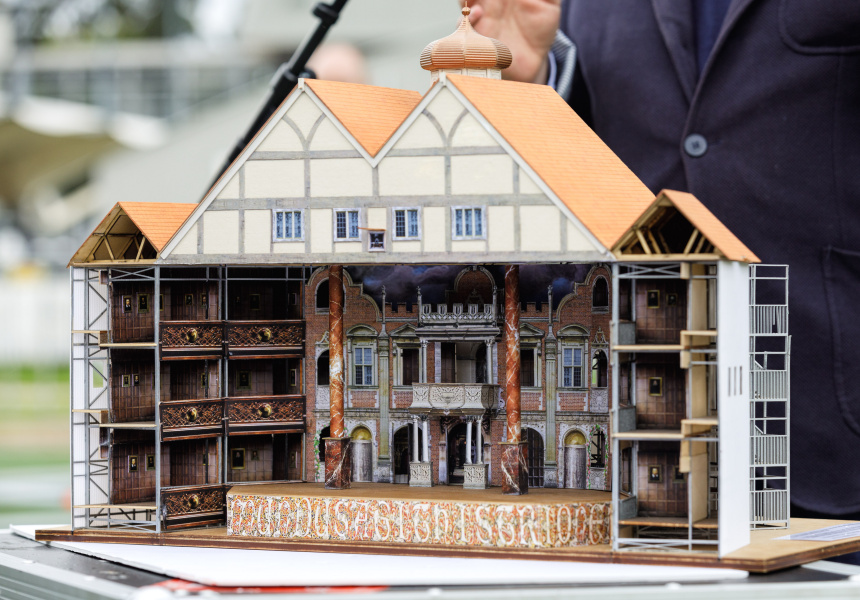 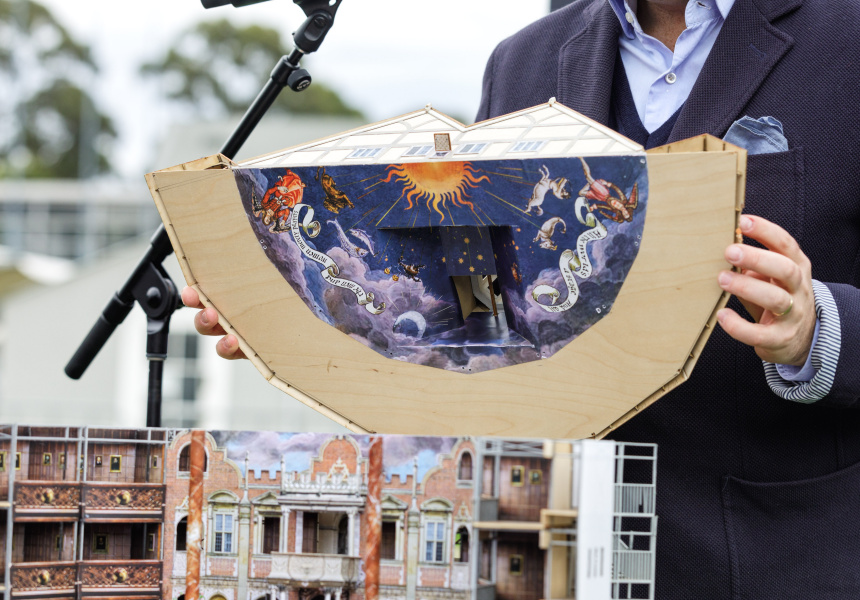 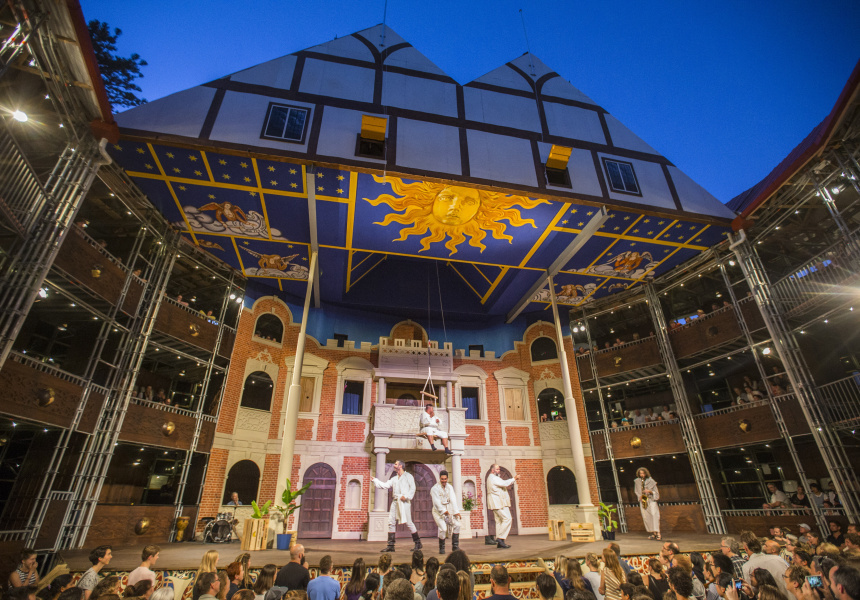 Sydney actor Chris Huntly-Turner says his most terrifying on-stage moments have occurred when performing at the Globe pop-up theatre. The 900-odd audience members, mere metres from the stage, combined with a set-up that lends itself to heckling, vocal interaction and drinking (it’s not only permitted but encouraged) explains his fears. Gone is the so-called “fourth wall” that separates the actors from the audience. Fail to entertain them, and suffer the consequences.

Terrifying, yes, but Huntly-Turner admits it’s also exhilarating. And soon he will have the chance to engage with his home crowd in Sydney when the Pop-up Globe – the world’s first full-scale replica of Shakespeare’s second Globe Theatre – lands in Moore Park this September.

More sporting event or giant party than high theatre, the Pop-up Globe allows audiences to experience Shakespeare’s plays the way the Bard intended – in a large, raucous space where audiences are free to move about and interact.

The Pop-up Globe is the brainchild of British Shakespearian aficionado Dr Miles Gregory and is modelled exactly on the 17th-century theatre built by William Shakespeare and his company. Gregory came up with the concept while reading his young daughter Nancy a bedtime story.

“I was reading from a pop-up book and one of the things that popped up was the original Globe Theatre. My little girl asked if we could go to the Globe Theatre, but the nearest was a very, very long way away. But then I stopped and thought: ‘what would a pop-up Globe Theatre look like and how could we do it?’” Gregory, a Shakespearian professor and director, tells Broadsheet.

Within 15 months he had recreated the original structure for a sell-out season of plays that opened in Auckland in early 2016 to commemorate 400 years since Shakespeare’s death. Since then, almost half a million people have bought tickets to the three seasons that followed – 150,000 of them in Melbourne. Now Sydney will have a chance to see a new season of plays: the bloody, dark tragedy Macbeth, and three comedies – A Midsummer Night’s Dream, The Comedy of Errors and The Merchant of Venice.

“One of the things about Shakespeare is we often encounter him in the wrong environment. It’s only when you experience his work performed in the theatre for which it was written that you understand the power and the passion of Shakespeare becoming the greatest playwright the world has ever seen,” Gregory says, pointing out you wouldn’t expect a child to hum the score of Mozart’s Magic Flute the first time they saw it, yet that’s exactly what we ask of them with Shakespeare.

The Pop-up Globe uses the research of Sydney University academics Tim Fitzpatrick and Russell Emerson to ensure the new theatre replicates the dimensions of the original – to within an inch.

Standing three storeys high and with three tiers of seating, the theatre can hold 900 people, 300 of them “groundlings” who stand in the pit mere metres from the large stage. Just as it was in Shakespeare’s day, the ceiling or “heavens” underneath the onion-domed roof is painted with the astrological signs of the skies. The Sydney Pop-up Globe will be built locally with a production team of 30, who will also make the scenery and costumes by hand, using original patterns.

“The detail is quite staggering. It’s not just knocking out some theme-park Shakespeare – we’re very interested in creating a time machine for people,” says Gregory.

The original Globe Theatre was built in 1599 but burned down in 1613 during Henry VIII when a canon, which was used for special effects, set fire to the thatched roof. It also set one spectator’s trousers aflame, so the story goes. The second Globe was rebuilt within the year, this time with a tiled roof.

Huntly-Turner trained at the Royal Central School of Speech and Drama in London, where he performed various Shakespeare plays. After almost 200 shows at the Pop-up Globe, it’s clear how performing in this “original” environment speaks to today’s crowds.

“I’ve seen the same faces rock up 16, 18, 20 times and it isn’t only people who are Shakespeare aficionados but people who have never even been to the theatre before,” says Huntly-Turner. “You can see and hear every single one of those 900 people, and you have to talk to them and take them with you on that journey. If you’re not doing your best to communicate they’re not going to listen. They’ll look across the stage to another actor or at other people ducking out to get a beer. It’s a very alive, very communicative form of theatre.”

Pop-Up Globe will be built at The Entertainment Quarter, Moore Park, for a six-week season of four plays – Macbeth, A Midsummer Night’s Dream, The Comedy of Errors and The Merchant of Venice – from September 5. Tickets from $29.50, on sale now.