Why the Fringe Festival is Crucial for Sydney

“This year is all about celebrating after the horrid year we’ve had. It’s a battle cry!” 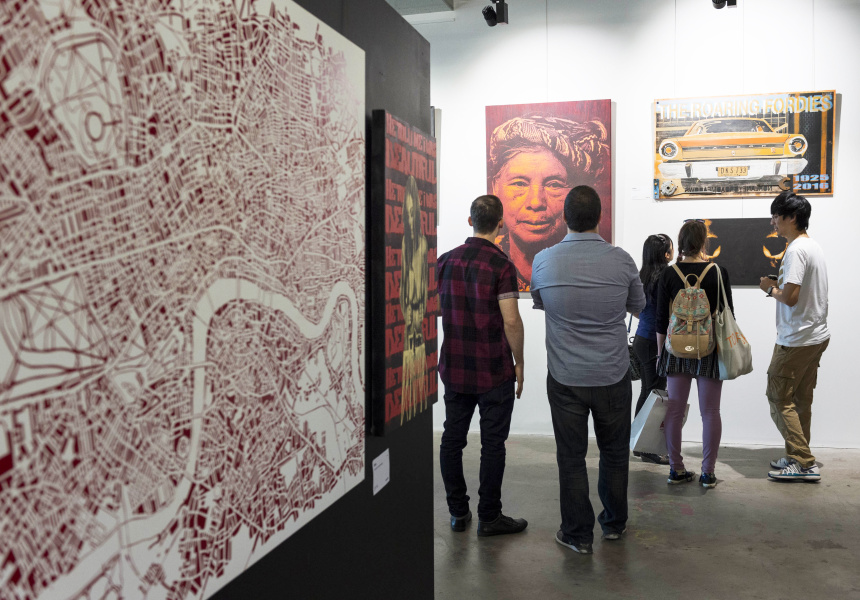 It’s no small irony that director Kerri Glasscock’s standout Sydney Fringe Festival (SFF) event last year was the one she was dreading the most: a two-hour dinner party with no music, no speaking, no technology and no written communication.

But Glassock loved the Silent Dinner Party so much she’s reviving it for the 2016 program and shifting it to the bigger 400-seat Paddington Town Hall in the hope of setting a new world record.

“It sounds awkward and horrid and like the most awful experience of your life. But it was hilarious!” she says. “I laughed for four hours straight – quietly – initially about the awkwardness, then actual funny things happened, because anything is possible. The idea is to shake up social norms in a world where we’re so focussed on screens and emailing rather than picking up the phone. We’re not actually connecting.”

This comment about togetherness, support and reconnecting could almost be the mission statement of the SFF, which Glasscock says is more necessary now than ever. With venues such as the Tap Gallery shutting down its theatre space; the Annandale curtailing its live-music program; and the Sando, a venue that supported new bands, closing, it's becoming near impossible for Sydney’s emerging and mid-career artists to find a foothold. Then there's restrictive planning regulations and funding cuts to the arts. Enter the SFF.

For 30 days this September, the festival will host 350 productions across 50 venues from various artists, 85 per cent of them Sydneysiders.

“With 70 per cent of our artists identifying as early-career, they need extra support, and it’s important their first, second or third experience presenting work is a positive one, so they can get the experience to move,” Glasscock says.

“But there’s literally no space in Sydney now that’s an established, independent theatre without curatorial guidelines, so if you’re a first-time producer or artist, where do you go? Projects like the Fringe are increasingly important because once a year there’s an avenue for them to do something before a new audience.”

Without opportunities for these artists to present their work and gain experience they will simply disappear to other cities, or worse, give up on their art form altogether. Glasscock points out that last year there was an 85 per cent drop in visual artists applying to the festival.

“The feedback was unanimous: [they said] they literally did not have anywhere to hang their work.

There seems every reason to put a career in the arts in the too-hard basket. Not so, says Glasscock, who has themed this year’s festival: “get your party on”.

“This year is all about celebrating and having a party after the horrid year we’ve had. We’re saying we’re here in spite of all that. It’s a battle cry!” Glasscock has recruited a number of successful, independent artists as ambassadors to help spread the word, including siblings Yael, Jake and Elana Stone, who will curate the Off-Broadway precinct, a new permanent cultural hub along Parramatta Road in Annandale.

The festival kicks off with Fringe Ignite, the opening party on September 3 when the shopfronts, galleries, bars, restaurants and pubs of Darlinghurst’s Stanley Street will be filled with live music and performances before the festival proper begins.

Castles: emerging choreographer Eliza Sanders presents Castles, winner of the Most Promising Emerging Company (NZ Fringe ’16), a mash-up of dance, text, visual arts and song from the silly to the sublime.

Lady Sings it Better: the prettiest harmonies with the dirtiest lyrics, the all-female cabaret is performing well-known pop songs, originally by men, with a twist.

Tim Ritchie: Ritchie’s photographs of early-morning Sydney have become a permanent fixture on the daily Instagram scroll. They’ll be presented in his first solo exhibition. The former Radio National music director will also be in conversation during the festival.

Love, Loss and Lattes: a hit at the Adelaide Fringe, this circus-physical theatre show explores pole dancer and performer Missy’s obsession with coffee,