The 1960s’ yé-yé movement was a breezy celebration of nonchalance and optimism. In partnership with So Frenchy So Chic, Ali Barter and Nadeah explain the genre’s enduring appeal and their involvement in a new compilation revisiting these timeless tunes, which they’ll perform live early next year. 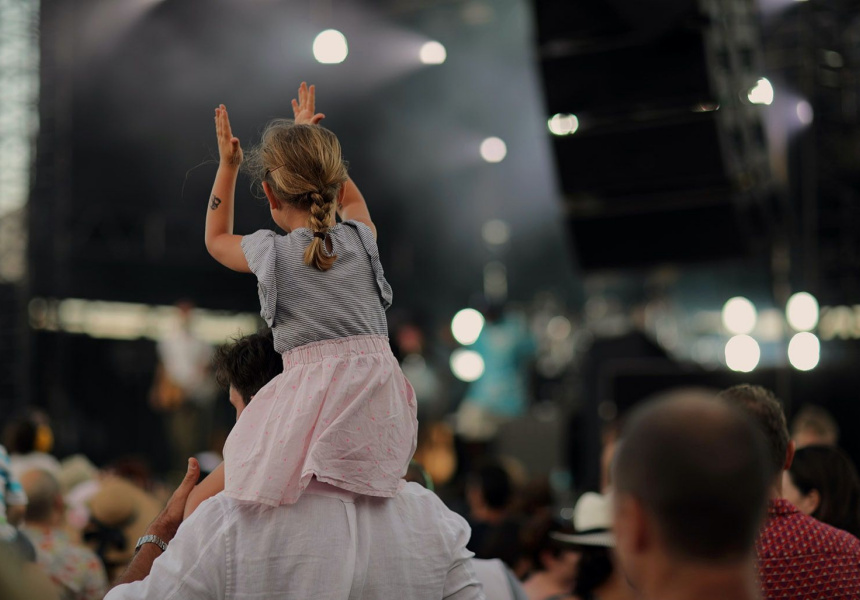 Photography: Courtesy of So Frenchy So Chic
1/8
by Doug Wallen
Share

Few music styles spell instant retro cool like yé-yé, the movement that took rock ‘n’ roll songs and turned them into swinging French-language confections. Born at the dawn of the 1960s, the trend saw singers like Françoise Hardy and France Gall put playfully chic spins on songs borrowed from English and American music culture. It’s a style that now plays like a whimsical time capsule of free-spirited fashion and fun.

As Australia’s long-running ambassadors of French culture, it’s only natural that So Frenchy So Chic would include yé-yé in its purview. Starting with an annual compilation series in 2005, SFSC branched into a swanky summer festival in 2012, enlisting French acts like Nouvelle Vague, Camille and Lou Doillon across both fronts.

French-Australian SFSC founder Jean-Francois Ponthieux has now curated a four-song compilation EP called Yé-Yé 2.0, tapping an all-female line-up of Aussie artists to add one more level of reinterpretations to these English-born, French-language classics. Helmed by producer Alice Ivy, the EP sees Wills channel Françoise Hardy, and the French-speaking Montaigne cover Marianne Faithfull by way of Marie Laforêt. The second instalment – which will be released at the end of January –will feature Ngaiire, Woodes, Elizabeth, Odette and Julia Wallace.

“I came back obsessed,” she says. “I started listening to Françoise Hardy, Charlotte Gainsbourg, Lou Doillon and all that. I’ve loved that genre ever since.”

While it was a challenge for Barter to sing properly in French, she received expert guidance from Nadeah, the Australian-French veteran of So Frenchy So Chic who has graced many of the festivals as well as singing with Nouvelle Vague, the ensemble that famously put coy, yé-yé-style spins on brooding English punk and post-punk staples.

On the Yé-Yé 2.0 EP, Nadeah sings a snappy French version of the strutting Nancy Sinatra tune These Boots Were Made for Walking. It was a song she had already been performing during her frequent livestreams for her Patreon fans during lockdown, though the EP’s rock-leaning rendition is a more animated answer to her previous “really groovy, slow version.”

Given her extensive cross-cultural CV, few Australians would know the appeal of yé-yé better than Nadeah.

“It’s so good: there’s that innocence and youth to it,” she says. “There’s a bright excitedness to the recordings. As far as I’m concerned, everything back then sounded better.”

Barter agrees: “They have a nice, sweet quality to their voices,” she says. “It’s not like Edith Piaf, with this big voice. They’re often singing in a very tongue-in-cheek way, so it’s got character to it.”

Barter and Nadeah will both perform in February at So Frenchy So Chic’s 10th anniversary festivals in Melbourne and Sydney, backed by a full band and focusing exclusively on yé-yé material. Famous for its daytime park setting and rich spread of French food and wine, the 2021 SFSC will also sets by The Bad Seeds co-founder Mick Harvey (performing the songs of Serge Gainsbourg), French-Nigerian singer-rapper Féfé backed by Melbourne funk trio Cookin’ on 3 Burners and 17-year-old French-Australian Lili Alaska, alongside the So Frenchy So Chic DJs.

“I jumped at the chance to do something different,” says Barter, who hasn’t performed with a band in two years.

As for Nadeah, she loves the festival’s all-ages vibe and punters’ penchant for dressing their very best. Like Barter, she’s also excited to be fronting a full band again.