Inside 'The Wolfpack': Six Brothers Who Grew Up Locked in an Apartment

Six brothers are raised on nothing but cinema. What happens when they get out? 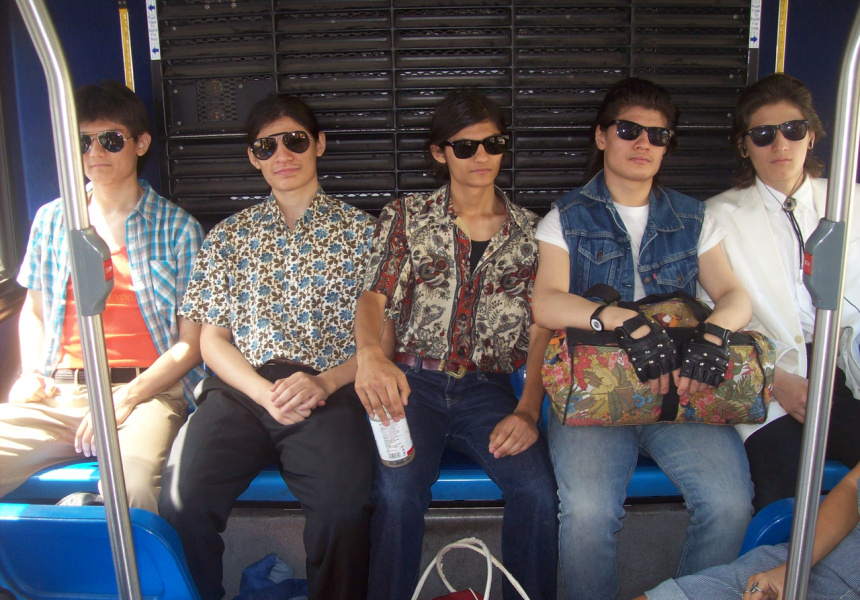 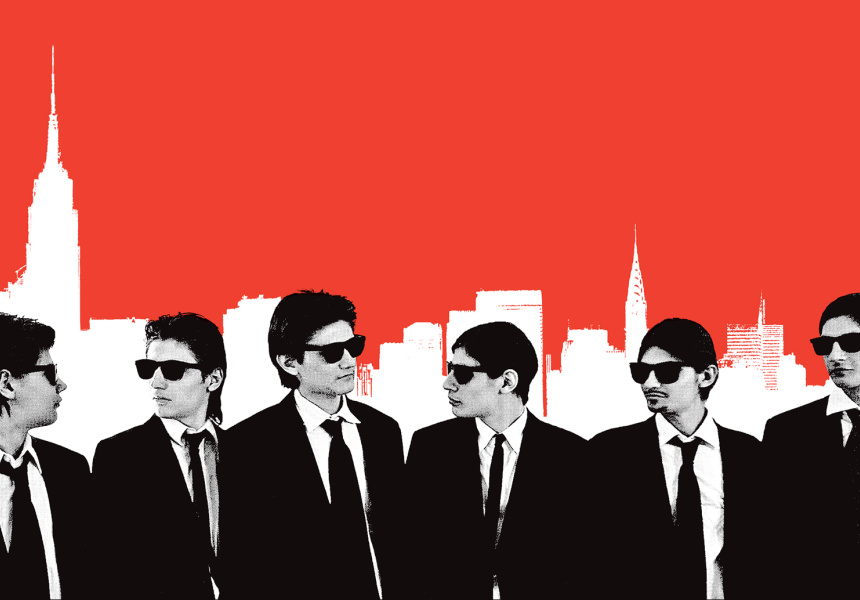 Five years ago filmmaker Crystal Moselle met the Angulo brothers. They were a tight-knit group of six tall adolescents with matching long, dark hair and an eccentric manner. It wasn’t until later that she found out they had been confined to a small Manhattan apartment for most of their lives by their overbearing father, and that their only real exposure to the outside world was their favourite movies. They lived vicariously through re-enacting the films of Tarantino, Nolan and Coppola.

The result of this relationship is the documentary, The Wolfpack. We talked to Moselle to find out how the story revealed itself to her, and what happened when the wolfpack got out.

Broadsheet: So you just ran into these kids in the street?
Crystal Moselle: I was walking down First Avenue in Manhattan and they just rolled past me. They were very brisk, weaving through traffic. So I ran after them.

BS: Do you do that often? Go after interesting-looking people?
CM: No. But with them, I just had an instinct to go after them. I asked where they were from, and they said Delancey Street, which was right around the corner. They asked me what I did for a living and I said I was a filmmaker. That’s when they got excited. We met up in a park and hung out, and I showed them how to operate a camera.

It was nice to have a skill I could teach someone, and they were amazing. I just wanted to hang out with them. They were wildly different, and I wanted to find out about them.

BS: Did you know you wanted to make a film about them?
CM: I wanted to do something with them, but I didn’t know what it would be. It took a while to find the heart of the story.

BS: That they were basically recluses who had only recently got out?
CM: That their dad had kept them locked in the apartment for almost their entire lives, yes. It was eight months before I got a grasp of that.

BS: When you realised what was happening in their lives, did you think bringing a camera in might make a volatile situation worse?
CM: When I found out how intense the situation was I was already a year and a half into the process. I knew it was delicate, but I continued to have conversations with the kids about whether they wanted to do it. Particularly with Mukunda, because he was telling the story for the most part. There were points when maybe we thought it didn’t feel right, but we came back to it.

BS: The whole film is very sensitively handled, and you never cast any judgment on the way these parents raised their kids. How did you keep that balance?
CM: We wanted it to be truthful. We didn’t want to edit it in a way that would tell our own story, or remove material that would take the story in ways we didn’t want it to go. The film's editor, Enat Sidi, was extremely important, because she had such sensitivity with the material. I needed a motherfucking pro, and she was it.

BS: These kids seem to have had totally unrestricted access to DVDs and TV.
CM: Yes. No internet, but a lot of movies.

BS: But the kids say in the film that their father’s controlling nature lead to him dictating their movements around the house. They had to stay in the room until he told them they could leave, sit until he said stand. And yet they could watch whatever movies they wanted.
CM: Yes. It doesn’t make sense. I don’t think he realised that the things you put in front of people on the television can affect them in the same way that social interaction can. But I think it was also laziness. He didn’t want to deal with them mentally.

BS: They had no outside influence, but they went for these typically nerdy-guy action films, such as those by Christopher Nolan and Quentin Tarantino. What does that say about them?
CM: They saw Pulp Fiction on late-night TV, and they asked for more Tarantino after that. They were adolescent boys. Every adolescent likes those films. I loved Reservoir Dogs when I was in seventh grade.

BS: And those are the films they took to re-making in their lo-fi way.
CM: The thing is they almost never shot themselves re-enacting those films. I shot them. Mostly they thought shooting it got in the way. They just wanted to live these films.

The Wolfpack opens at Dendy Newtown on September 3.