A trio of dance pieces – two modern classics and a new Australian work – take inspiration from Detroit garage rock, minimalist architecture and other unlikely sources. In partnership with The Australian Ballet, we speak with world-famous British choreographer Wayne McGregor about pulling in unconventional elements to breathe new life into ballet. 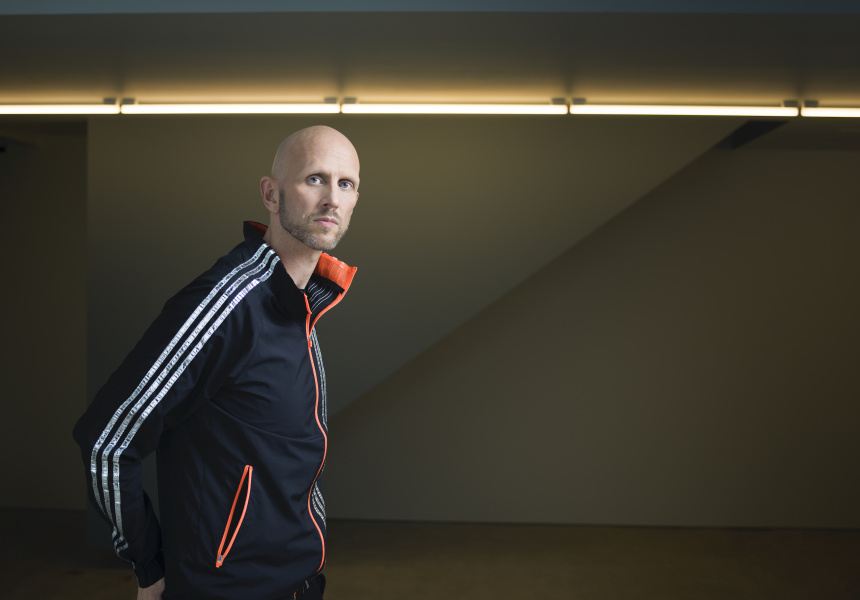 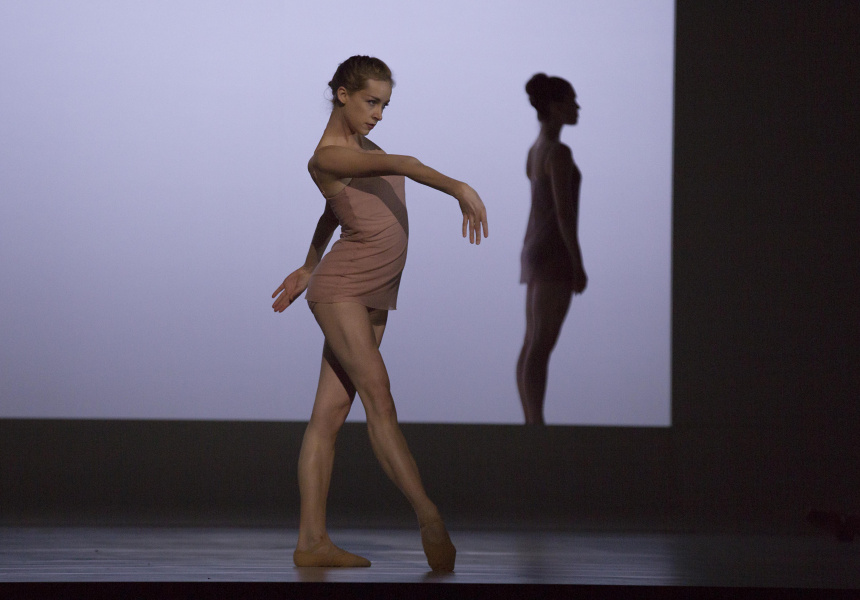 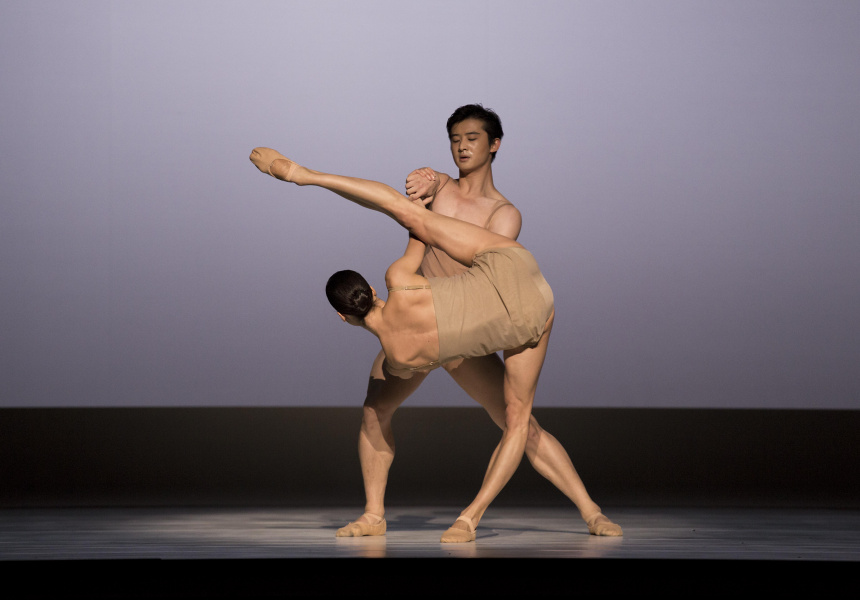 Wayne McGregor isn’t your average choreographer. A leading figure in modern dance, the British trailblazer has collaborated with ballet companies around the world and guided movement for high-profile movies (including Harry Potter and the Goblet of Fire, and the Fantastic Beasts films) and musical acts (from Radiohead to the Chemical Brothers) alike.

But for all those crossover credentials, he’s best known for such bracing works of choreography as 2006’s Chroma and 2009’s Dyad 1929. Taking inspiration from sources as disparate as the White Stripes, minimalist architecture and the late Russian ballet impresario Sergei Diaghilev, those two “mini-ballets” will appear in The Australian Ballet’s energetic triple bill Volt, which is playing in Melbourne and Sydney in March and April. The show has been described by Broadway World as “lightning fast.”

While McGregor chuckles at that descriptor, he doesn’t dispute it. Chroma – which is built on composer Joby Talbot’s orchestral interpretations of the White Stripes’ dynamic garage rock – will make heads turn with its pulse-pounding immediacy. It did just that when McGregor debuted it with London’s Royal Ballet.

“The White Stripes music is very fast, and when I made that it was quite a surprise,” says McGregor, “because the bodies have to move in more of a [twisted], rapid, quite-unusual-for-ballet way. It’s very visceral, physical work, but it’s exciting for the audience to be carried away with physicality and speed in that way.”

Dyad 1929’s intense physicality arose from the dancers themselves. “When I created Dyad, the dancers of The Australian Ballet were just so athletic that I felt I needed to make a piece that suited the physical bodies in the company,” says McGregor. “And the Steve Reich [soundtrack] is very perpetual, speedy and intricate, so it felt like the right thing to do.”

Following its debut in Australia, Dyad 1929 was reprised in New York with the same dancers, while Chroma has since been performed in 13 countries. The triple bill Volt will pair these pieces with Logos, a new work by The Australian Ballet’s resident choreographer Alice Topp, who also designed the costumes. Topp’s Logos – soundtracked by Italian composer Ludovico Einaudi – will interrogate the notions of a dormant beast within and how humans live and work with their monsters.

“I wanted to have some really fresh talent in the program, and not just an evening of myself,” says McGregor. Topp visited the UK last year to spend a month with his company developing the short piece that’s been expanded into Logos, and she has previously performed as a dancer in both Chroma and Dyad.

Of these works, it’s Chroma that most often grabs headlines, thanks to its bold repurposing of White Stripes songs The Hardest Button to Button, Aluminum and Blue Orchid. He credits its genesis to Joby Talbot, whose spirited composition Hovercraft caught McGregor’s ear just as Talbot was developing a series of White Stripes adaptations for a limited album called Aluminium. Incorporating four Talbot originals along with the three White Stripes renditions, McGregor also tapped famed minimalist architect John Pawson to design an almost stage-sized white box that provides the only real set for the uniquely stark work.

By contrast, Dyad 1929 seizes on the centenary of Russia’s Ballets Russes and its founder Sergei Diaghilev, who died in 1929. It has a companion piece in Dyad 1909, named for the year that kickstarted Diaghilev’s most fruitful creative stretch. Set to the layered, chiming momentum of Steve Reich’s Double Sextet, Dyad 1929 sees dancers move across an illuminated stage, its white surface perforated by black dots. It’s McGregor’s answer to the motion in Reich’s music, which is always reconfiguring itself as it hurtles along at a relentless pace.

“It’s very driven, like it has this destination to get to,” McGregor says. “[Reich] works with a minimal palette that is repeated and reorganised in different ways. I thought that was a really good way to think about the vocabulary of dance. You can take a physical motif and develop it in lots of different ways, with different combinations of people, to create something really poetic.”

As you can tell, music and set design aren’t mere afterthoughts for McGregor, but crucial scaffolding in a tightly woven collaboration across disciplines. Moritz Junge’s costume design for both works is closely aligned with the overall philosophy of the pieces, from the way Chroma’s almost gender-neutral costumes extend the dancers’ own skin tones – “almost like a brush of clothes against the body, so the musculature is really exposed,” says McGregor – to the way Dyad 1929’s costumes play with the era’s prominent dots, lines and pervasive Bauhaus feel.

“For me, choreography is also a design process,” McGregor confirms. “From the very beginning I’ve got a clear idea of what kind of environment I’d like to work with, and I choose an artist who might be able to run with that idea in a really surprising direction. So with John Pawson, the aesthetic is that I wanted to make an empty stage for Chroma, where the bodies were just architectural objects.” That allows the work of his longtime lighting designer Lucy Carter to act like a form of choreography as well.

Such a closely controlled fusion of ballet’s varied elements – choreography, music, lighting, and set and costume design – brings McGregor back to Russian visionary Sergei Diaghilev and his influential hybrid of artistic forms.

“I’m excited when dance is part of an ecology of wider work,” McGregor says. “And I think people respond to that really well. They’re surprised by the work because it’s a combination of art forms. It’s not just one.”

Volt starts in Sydney on April 3 to April 22.