In exchange for their efforts, Optus RockCorps volunteers receive tickets to see singer-songwriter Raury live. We chat to him about the program and sun hats. 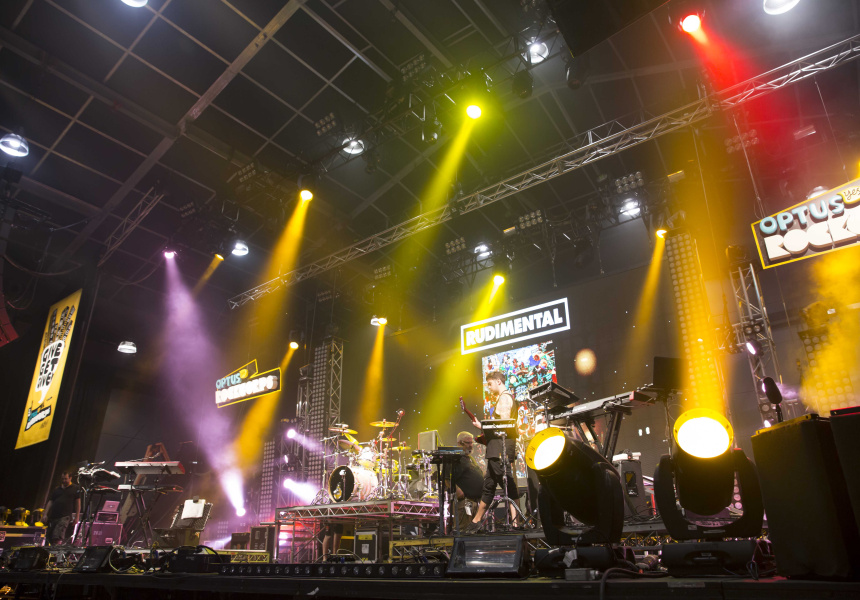 Tullis will visit Sydney this month for the third annual Optus RockCorps concert. This program pairs young volunteers with community development initiatives. To date, RockCorps has helped 88 charities complete 122 projects in construction, muralism and bush care. After four hours, volunteers get tickets to the exclusive festival at Luna Park’s Big Top (or a Ticketmaster voucher for non-Sydney residents). Tullis will play alongside Wiz Khalifa, Peking Duk and The Veronicas.

Tullis is genuinely excited about the project. “When you’re in your teens, you have a lot of time to be idle,” Tullis says in his gentle Georgia drawl. “But when you actually get out there and get hands-on with something …You learn a lot.”

Tullis grew up in Stone Mountain (just outside of Atlanta). “In Georgia there’s a kudzu plant,” he says. “It’s like a Chinese vine and it just grows over everything, so we’d pull it off of buildings and things.” Tullis joined a leadership program at age 12, which had him fighting the invasive kudzu among other volunteer projects. “We had to clean this whole construction site, we’d be visiting animal shelters, helping teach guitar lessons at a church.”

“If I hadn’t done that program, I wouldn’t have seen the world the way I see it now. It formed what I think of the environment, the world and the realisation that everything is one. We had to go outdoors with a group and survive for two weeks on a 50-mile [80.5 kilometre] hike – I wore a sun hat throughout all those trips, that’s why I wear it now.” Tullis is seldom seen without his floppy straw crown.

Tullis’ music career had humble beginnings. “I started playing guitar when I was 11,” Tullis says. “I got this crappy guitar from Walmart for $20. I taught myself, through the internet, how to play. The bare acoustic guitar – and how much that speaks for music – that’s always been a part of me.”

“I began writing as more of a conscious lyricist,” he explains. “Then I branched out to singing.” Last year he released his first mixtape, Indigo Child, for free. Lyrically these songs reveal a world of youthful revolt and hopeful campfire insights. The summery single, God’s Whisper, is a suburban call to arms, a blurring of genres. “[My music] has always been a blend of everything, because I listen to everything all the time,” he says.

It’s easy for a cynic to dismiss Tullis’ good intentions and hat-pride. However, this young artist seems acutely aware of the world around him. Tullis is also realistic about volunteering. “There has to be some incentive, some payoff for everything. When you get more into it, you realise that the pay off for doing community service is given to you, by you.” Tullis believes that projects such as Optus RockCorps could act as a good introduction to the idea of donating time. “It might be the gateway to get them to say: ‘That was actually pretty cool’.”

Raury will play the Optus RockCorps concert on September 30.