Some of Sydney’s most notorious crimes form the backdrop of two compelling plays. 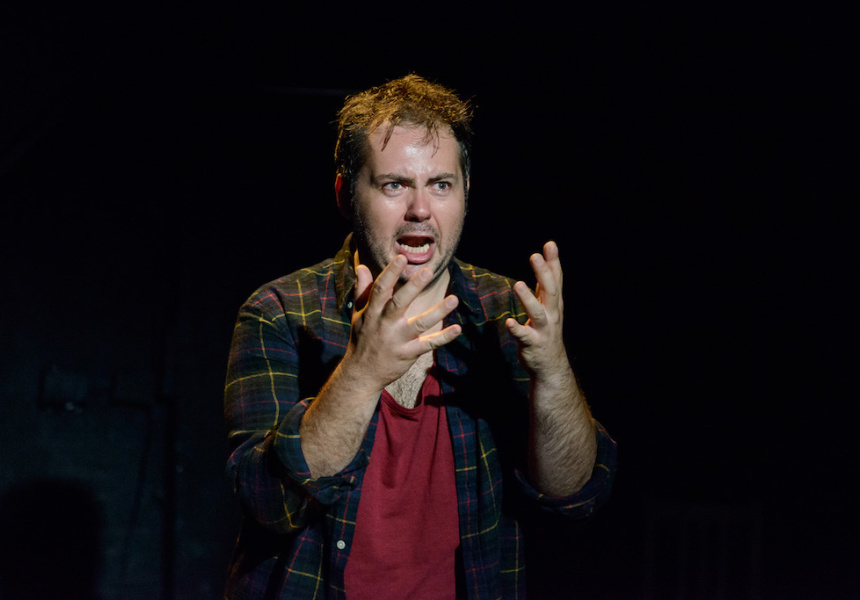 It was almost a century ago that Sydney was scandalised by a murder trial that revealed local woman Eugenia Falleni had been living life as a man, calling herself Harry Crawford. This deception resulted in two marriages and ultimately murder, when the duplicity was uncovered. But it wasn’t so much the grisly murder that caused the upset. It was that a woman had behaved in such a way.

“I feel social attitudes and values haven’t shifted as much as they need to and that really saddens me,” he says. “We still have a huge amount of the population and our Federal Parliament debating the merits of same-sex marriage and people’s relationships being held under scrutiny because of who they choose to have as a partner. We seem to have made so little progress in the context of other westernised countries that the story and play is as relevant now, if not more, than it was a couple of years ago.”

Philpott’s play, The Trouble with Harry, debuts in Sydney following seasons in Belfast and Melbourne. The play, a critical hit in both cities, was inspired by a photographic exhibition at the then-Justice and Police Museum that conveyed victims and perpetrators of crime through police and forensic photographs; and barrister Mark Tedeschi’s ensuing book Eugenia.

“One of the photographs that stood out for me was of Eugenia as Harry Crawford, obviously a very interesting character but very troubled. The transition between Harry Crawford and the dignity Falleni had [as a man] was completely broken by the justice system. She was released from prison on the condition she never dress like a man again, and to see this person who looked like a shell of her former self …”

Philpott firmly believes we need to see more stories of women on the Sydney stages. “We’ve come a long way in the representation of gay men on the mainstage but we don’t seem to have as much representation of women and relationships between women. It’s not good enough and there’s a huge audience out there who deserve to see women like them on stage. And that’s a very important part of the theatre I make.”

Philpott has recently returned from a six-month Australia Council residency at the Cité internationale des Arts in Paris, during which The Trouble With Harry received readings in French in Paris, Grenoble and Saint-Étienne. This production is part of Mardi Gras 2017, and directed by Kate Gaul and her Siren Theatre Company with a new cast and creative team.

“Kate has such a long experience of bringing theatre to Sydney audiences, I’m really excited to see what she does with it,” he says.

Just as distressing but equally provocative is Ben Noble’s one-man show, Member, which deals with the spate of gang-related gay bashings and hate crimes that occurred around Sydney in the ‘80s and ‘90s.

Noble decided to write the play when he read of the death in 1988 of Scott Johnson, whose body was found at the base of cliffs in Manly below a notorious gay hangout. At the time it was dismissed as suicide but his family has fought to have the case recognised for what they believed it was: a gay hate crime. A new inquest has begun.

“It hit me. Again,” he writes in the production notes. “The sadness. What if that was me? The number of deaths was staggering and sickening.”

Noble, an actor, writer and creative producer, continued to research the period and was shocked to discover 80 murders and 30 unsolved cases, all of them alleged gay hate crimes. He commissioned 10 writers to respond to court transcripts, witness statements and archival materials out of which he created Member, a one-man show that sheds light on a dark and tragic period in Sydney’s history.

“It felt like no one really knew about these stories, our history in Australia – that’s what hit home for me,” he writes. “That people were surprised that it could happen here.”

Member comes to Sydney following a season at Melbourne’s Midsumma Festival in 2016. For Noble, key to healing and moving forward is knowledge and discussion.

“Theatre should be about sparking a discussion with its audience. Raising awareness. Because if we don’t talk about it, nothing changes.”

The Trouble With Harry plays at The Reginald Theatre, Seymour Centre from February 18 to March 3.