A ’90s tribute masquerade, a pop-up shantytown and game-changing talks. It all begins tonight: 23 days of Sydney being overrun by nocturnal explorers on the hunt for illuminated creatures, installations, music and ideas.

Today Vivid Sydney turns 10 and, based on last year’s numbers, the city should expect 2.33 million or so people to stop by one of the hubs in the next couple weeks.

There’s a lot on – see Broadsheet’s coverage here – but if you want an insider’s guide to what you shouldn’t miss, read on for the festival’s creative director Ignatius Jones’s top 10.

Skylark
Skylark will see the Sydney Harbour Bridge and skyscrapers around Circular Quay transformed with 40 pillars of light and a custom-built laser that is twice as powerful as any used on the harbour before. Every 30 minutes all the lights on the bridge and buildings will synchronise in a two-minute spectacle, embellishing one of the world’s most famous cityscapes in a sight not to be missed.

Snugglepot and Cuddlepie
Exactly 100 years ago, Aussie author May Gibbs gave Australia two characters that dropped out of a gum tree and became instant superstars. Since then, almost every Australian child has been brought up reading their adventures and in an age of smartphones and tablets it’s great this is still the case. Vivid Sydney will see the characters brought to life on the face of Customs House, where they will encounter the weird and the wonderful of the Australian bush. Kids will be wowed by the action, while adults will enjoy reliving a simpler time in their lives.

Barangaroo
A giant luminescent creature will be roaming Barangaroo each evening, controlled by a team of highly skilled performers. The figure’s lifelike movements will leave you unnerved and impressed. Barangaroo will glow under layers of light and sound that evoke the surrounding waterways, offering an engrossing experience.

Young Hearts Run Free
It’s been almost 20 years since Australian director Baz Luhrmann enlisted Leonardo DiCaprio and turned *Romeo and Juliet into a global blockbuster. To celebrate, the Enmore Theatre will be holding a nostalgic ’90s masquerade, where the full soundtrack will be performed live by a stellar group of musicians, fronted by Tom Dickins.

At the Enmore Theatre on June 6. Tickets available here.

Vivid Art After Hours
Over three successive Wednesdays, the Art Gallery of NSW will feature discussions that present a portrait of our better selves. Psychologists will explain how to approach death differently and inject creativity, humour and individuality into this very personal last passage. Subsequent talks will dare us to up the pleasure factor in our everyday lives and explore how technology is playing a positive part in sexuality.

At the Art Gallery of NSW on May 30, June 6 and June 13. Tickets available here.

Chatswood Light Market
Vivid Sydney’s Light Market in Chatswood is inspired by the incredible and complex architecture of shantytowns, and offers a diverse mix of delicious food at market stalls made from recycled materials. You can snack on Mary’s Burgers, Black Star Pastry, Cow and Moon and much more, while enjoying nearby light installations. Stop by I Have Feelings Too, park benches that you can have a chat with, and Liquid Lies, where a lie detector determines whether you get served up sour sludge or a deliciously sweet beverage.

Mummy, Can I Marry My Avatar?
A panel of experts will join an interactive, photo-realistic computer-generated digital person on stage to look at the long-term ethical and social issues we will be facing as avatars become our friends and colleagues. We all like the sound of having a human robot doing our chores, but should we be scared they will soon take over our homes?

At the Museum of Contemporary Art on June 16; free (registration required).

Eora – Dark Emu
Dark Emu, based on Bruce Pascoe’s novel of the same name, marries Aboriginal history, dance, art and architecture in a striking large-scale projection designed for the Sydney Harbour Bridge’s Southern Pylon. Venture into the night and learn about this fascinating chapter of Aboriginal history.   Game Changer: Dan Goods – NASA and Creativity
If you want to hear about how science and creativity can come together to create meaningful experiences, this is the talk for you. Dan Goods, the visual strategist for NASA’s Jet Propulsion Laboratory, will join ABC’s Bernie Hobbs to share insights on what makes the world tick. Learn how Goods went from being an art student to landing a unique position at the world’s most prominent space and science institution.

At the City Recital Hall on June 3. Tickets available here.   Game Changer: Jane McGonigal and Kriti Sharma – Future Thinking
Can you imagine the single biggest challenge you’ll personally face five years from now? Can you picture what will be the three most important technologies in your life 20 years from now? What about the biggest challenge the world will face in 50 years? McGonigal will teach you how futurist thinking gives you the ability to create change in your own life and the world around you, today.   Joining her is Kriti Sharma, one of the world’s most prominent voices in AI, who will share her insights on the need for more diversity in AI developers. Sharma urges us to act now and avoid replicating human bias by teaching AI the right values and the right ethics.

At the City Recital Hall on June 3. Tickets available here.

Vivid Sydney 2018 is on in various locations across the city from May 25 to June 16.

Want to read more about Vivid? Here’s a bar pop-up in the Opera House and a natural-wine and retro-tunes event at Cake Wines. 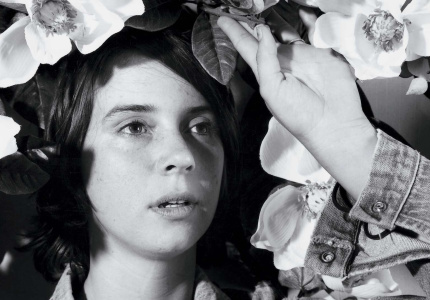