This Week at Sydney Science Festival: The Women Who Built the Internet 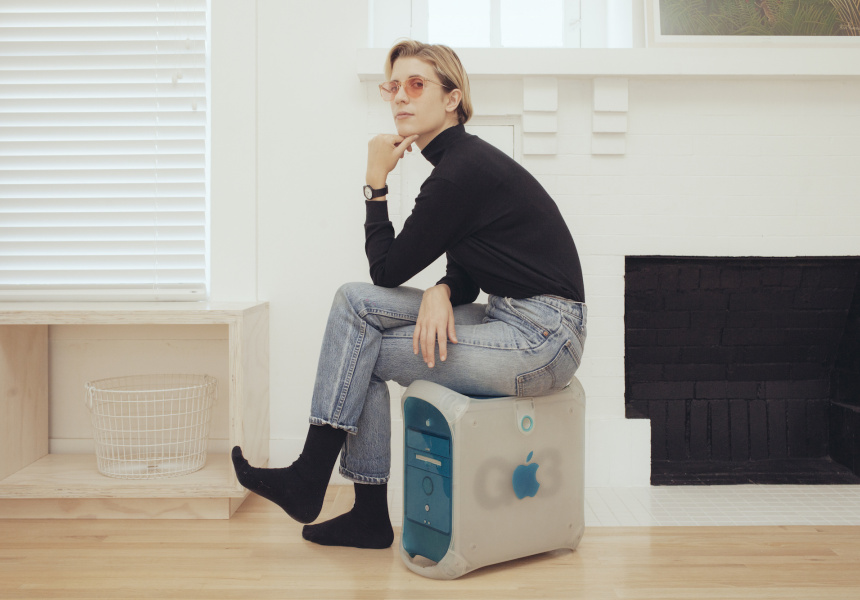 Did you know that 19th-century mathematician Ada Lovelace (daughter of Lord Byron) was the world’s first computer programmer? Or that it was a woman who invented one of the first-ever online social networks in her apartment in the 1980s? If this is news to you, you’re not alone. Claire L Evans – an American tech reporter and lead singer of dance-pop band Yacht – wants to change that by bringing the stories of the women who helped create the internet as we know it today to the fore.

In her book Broad Band: The Untold Story of the Women Who Made the Internet, Evans delves into the history of women in tech, discovering the extent of their impact – and explaining why most of us hadn’t heard their names until now.

Evans will join a panel of experts this week for a Sydney Science Festival event at Sydney Town Hall, presented by UNSW’s Centre for Ideas. Along with cultural anthropologist Alexandra Zafiroglu, author Ginger Gorman (Troll Hunting), science journalist Natasha Mitchell and Sandy Aung (president of Robogals UNSW), she’ll be discussing how women shaped technology and the internet in the past – and will continue to do so in future.  “The tech stories our culture mythologises tend to be about serial entrepreneurship – garage-to-riches tales of men starting companies, ‘moving fast and breaking things’, growth-hacking, going public, cashing out and moving onto the next thing,” Evans tell Broadsheet. “Our heroes aren’t the people who build meaningful technologies; in fact, our idea of success in tech is often completely at odds with the health of the communities of people that technological products are meant to serve.

“People who do the much less glamorous work, like moderating social networks, or maintaining digital services for the public good, who don’t necessarily get rich – this is not who we see celebrated, glorified. I think so long as tech remains in the thrall of big money, those people who approach it for reasons beyond personal enrichment will struggle to be visible,” she says.

Many of the women Evans profiles in her book were people in administrative positions who worked in user-focused positions such as programming, which she says was seen as a skill on the same level as that of a secretary.

“[It] didn’t really become male-dominated until female programmers elevated the work to the world-changing art form it is today,” she says. “Had they been given more access, who knows what they could have done? These are people doing the best they could under the circumstances, often elevating a constrained position to an advantage.”

She gives the example of librarian Elizabeth “Jake” Feinler, who ran the internet’s central information office back in the 1970s.

“She was so overwhelmed by the day-to-day logistics of her job, which was largely seen as administrative despite being so much more, that she pushed for protocols we still use today, like WHOIS and the separation of the network into ‘domains’ individuated by extensions like .gov, .edu, and .com.”

Evans – who tells Broadsheet the three technologies she’d struggle without are vegetarian meat, airplanes and books – also cites the example of Grace Hopper. Hopper was a computer scientist who helped pioneer machine-independent programming languages after World War II. These languages helped democratise technology – they can run on any machine, standardising programming across tech companies.

Evans has been immersed in the tech industry for years. She was the futures editor for Vice-owned website Motherboard and founded Vice’s science-fiction vertical Terraform. She has seen firsthand how women have been left out of the tech narrative, while men such as Mark Zuckerberg and Jeff Bezos are treated as God-like figures. But without women, she says, the internet might look very different to how it looks today.

“Take hypertext, for example – the technology undergirding how we navigate the web,” she says. “The going wisdom in hypertext design before the web, which had a preponderance of women working in it, was that links had to go in two directions, they could point to multiple destinations, and they couldn’t be so closely tied to the material that you might risk losing the valuable information contained within the link itself. Today, because links are dependent on context, if something happens to the destination of a link, that link breaks. We get a 404 error, and in the process we lose that little piece of meta-information forever.

“Some of the early hypertext systems designed by women solved that problem by thinking of links as generic rather than contextual. So the information about the link would live on another level of the process, unaffected by changes to the underlying document. What if we lived in a world where that mode of thinking took off? A world where links went in several directions? Or both ways? Who knows where we’d be? It’s easy to feel locked into the way the things are, but had things unfolded even slightly differently, we might be living in another world.”

Claire L Evans will appear on the Women and the Internet panel at Sydney Town Hall on August 14. Tickets and information here.