Theatre in the Middle of The Cross

The Kings Cross Theatre’s new resident company promises not to play it safe. 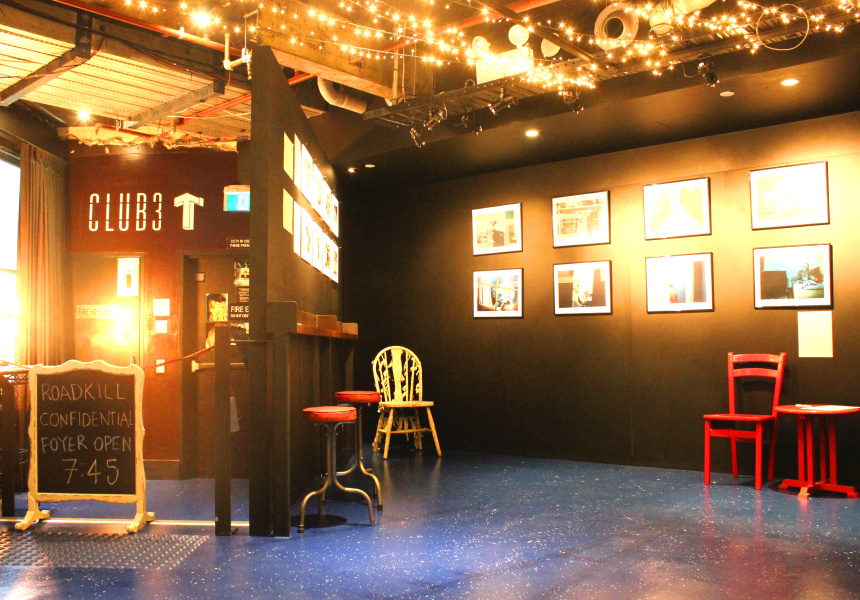 It’s hard slog being an independent theatre company in Sydney. There are few spaces to perform, sets need space to be built and stored in and the meagre pot of funding available means theatre-makers often do it for love, not money. Bakehouse Theatre Company has landed a permanent home operating and curating the newly refurbished Kings Cross Theatre on level two of the historic Kings Cross Hotel – an opportunity that doesn’t come around often.

Bakehouse consists of co-artistic directors Suzanne Millar and John Harrison and operations manager Andrew McMartin. Bakehouse nurtures new voices and supports artistic diversity. In the past it has put on shows at venues including ATYP (His Mother’s Voice), The Old Fitzroy Theatre (The Ishmael Club), Griffin Theatre, Riverside Theatres and the Seymour Centre (Coup d’Etat).

“We knew that to be able to continue doing what we want to do we needed a home,” says Millar.

The hotel trialled its refurbished theatre space in September during the Sydney Fringe Festival. Now it has handed it over to Millar and her team, who have created an 80-seat theatre and planned an eclectic program.

While Bakehouse will produce one main stage show each year, it has programmed at least 12 shows to run in the space as well. These include a cabaret, an in-development trans theatre show for Mardi Gras, theatre productions from respected Sydney director Kate Gaul and indie theatre company The Kings Collectors, live music, talk series and secret pop-up events. Two walls have been earmarked for art exhibitions. Nick McKinlay’s photographic exhibition Skele-Man and a YMT Designs mural are currently on display.

“It’s such a great place to produce theatre. We’re down the hill from Griffin, up the hill from The Old Fitzroy and round the corner from The Hayes, so we’re in a little theatre precinct now, which means companies don’t have to be all things to all people,” Millar says. “We do things a bit differently ... we want to be affordable, accessible and exciting. It’s about audiences taking a punt, I don’t think we should play it safe.”

Kicking off the season is Roadkill Confidential, an Australian premiere by Lies, Lies and Propaganda of a darkly comic thriller written by New York playwright, Sheila Callaghan. It questions whether or not art can be dangerous. Directed by Michael Dean, Millar predicts it will get people talking.

“The play says to people: ‘You can do anything in this theatre, it’s the place for big, bold ideas’.”