Taking The Long Road With The Black Lips

After New Years’ shows at Falls and Southbound Festivals, the Black Lips is back in town for one night only. We spoke to the band’s Jared Swilley about partying and playing shows everywhere from Istanbul to India. 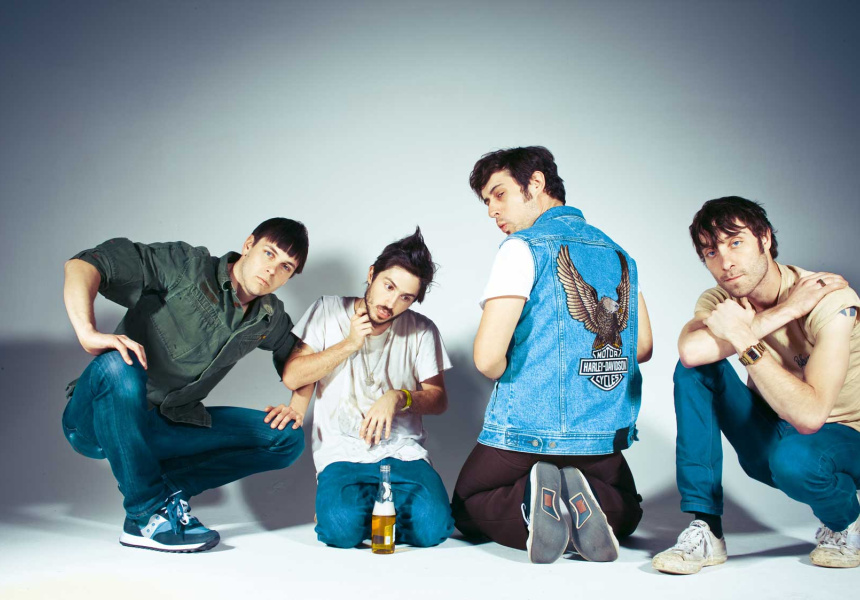 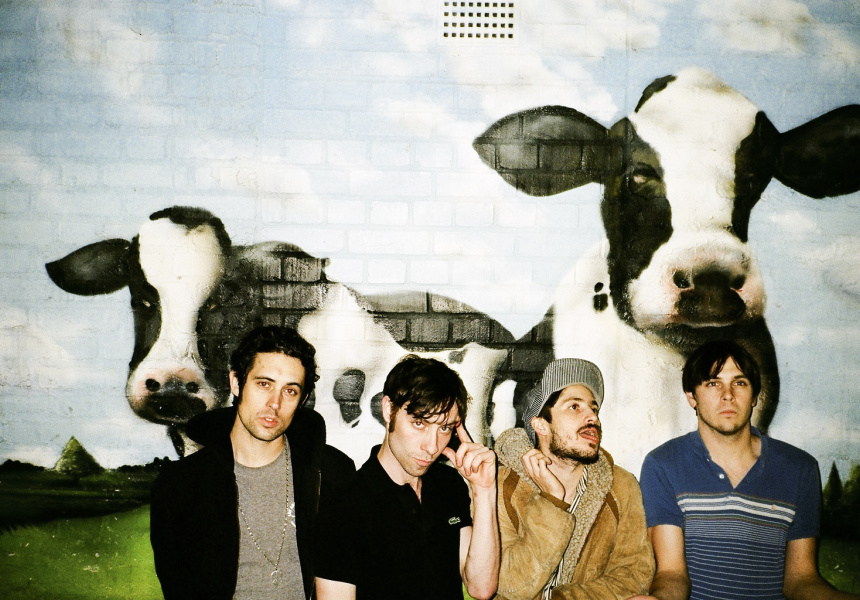 Even for people who see a lot of live music, a Black Lips show is something to get excited about. It’s not the possibility of nudity, or seeing two attractively sweaty men kissing each other (though these stunts are not without their fans). It’s the sense of wild abandon, the barely controlled anarchy wrapped in arse-kicking riffage and perfectly sloppy garage rock that sets hearts fluttering even among hardened cynics.

With a head full of memories of the flying limbs and out-and-out chaos that marked the band’s last Australian shows, it’s a bit of a surprise to call Jared Swilley and find him at home, building a set of French doors.

“We’ve just got off the road after most of the year, so I’ve been working on my house,” the band’s singer and bassist explains. “When I’m home, I set myself a rule to keep busy. I try to work from 9 to 6 every day, whether on my house or the studio, and I have a big family so I’m babysitting a lot, riding my bike, playing baseball on Sundays … ”

But you’re the Black Lips! I say, struggling to reconcile the man I’m speaking to with the rock’n’roll party animal I’ve seen on stage. Aren’t you basically just a cooler version of KISS for the current generation?

“Nah, I’m definitely not partying every night like I did when I was 21,” Swilley laughs. “We party as much as any band, if you didn’t do that it’d be kinda boring, and there’s definitely two of us that treat it just the same as ever, but travelling this long, you develop a certain way to work on tour.”

This includes being disciplined about finding time to write songs and record new music, as was the case when making its current album, last year’s Underneath the Rainbow. “Yeah, the best is recording backstage,” Swilley says. “You get to a venue at 4pm and sometimes you have four hours of nothing to do, so you work on songs to ease the boredom.”

Having spent the better part of a decade on the road, the Black Lips has learned a thing or two about easing the boredom. Over the past few years its methods have extended beyond playing tried, tested touring routes, and it has put on shows in Egypt, India and beyond.

“It seems like it wouldn’t even register as something you could do,” Swilley says when I ask about organising tours through the Middle East. “The first tour I booked that was off the regular touring path was in Israel. I set that up by meeting kids on Myspace. Then we booked India the same way. We thought that if we did India, we could do the Middle East.”

“Apart from the logistics of having to fly to every show, I was really surprised by Egypt,” he continues. “We drew as many people in Cairo as we’d draw in Europe and America. Travelling with a band is a really cool way to see a country ‘cos you’re hanging out with local kids. It is tough because we travel so much that we make great friends and then may not see them for years. You know, you’ll be in Istanbul and run across certain people where you’re like, ‘oh you’re awesome’. But even if you haven’t been there for three years, you pick up where you left off.”

The Black Lips are playing at the Oxford Art Factory on Wednesday January 7. Tickets are available at moshtix.com.au/v2/event/the-black-lips.