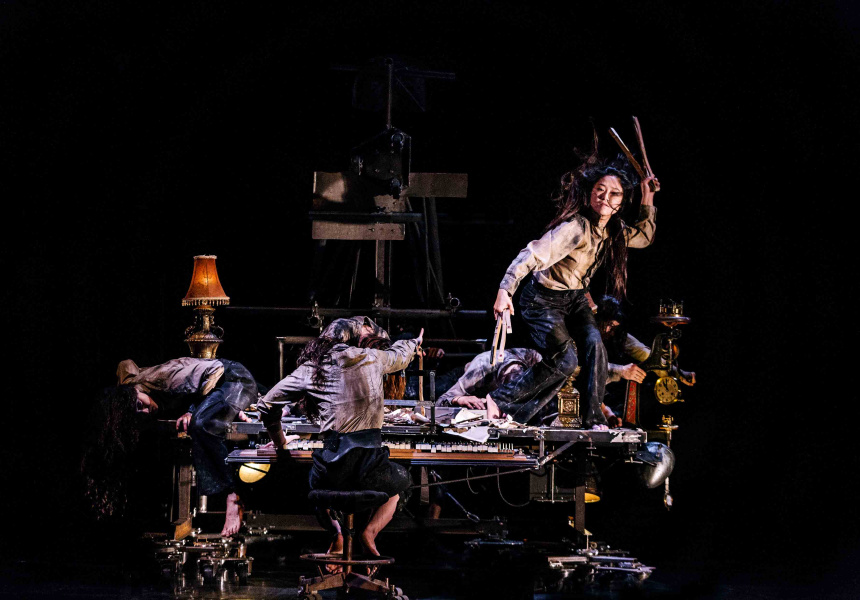 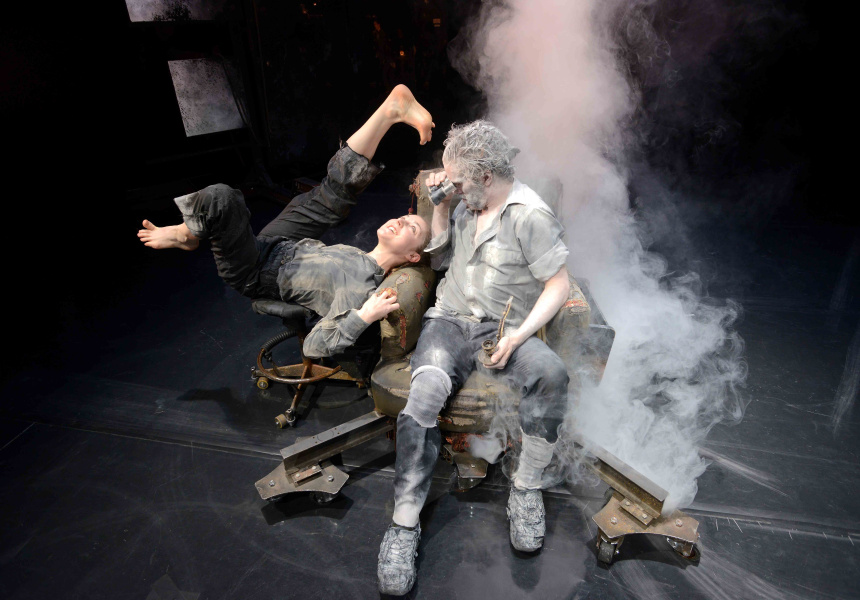 While it may be a few months away yet, Sydney Festival has announced that James Thiérrée’s Tabac Rouge will play throughout January at the Sydney Theatre in Walsh Bay.

A wildly extravagant performance mixing contemporary circus and dance with theatre, Tabac Rouge has been met with critical praise in Europ, including from Le Figaro Magazine, which described it as, “Full of real power and dark beauty.”

Thiérrée, who is the director, choreographer and set designer for Tabac Rouge, is also an accomplished musician. He made a name for himself in the early 2000s with widely acclaimed theatre performances such as Bright Abyss and The Junebug Symphony, which the New York Times described as a “giggle-, laughter- and applause-inducing exhibition of [Thiérrée’s] virtuosity.”

At 100 minutes without interval, the performance is centred around an enormous scaffold of lights, mirrors, pipes and wheels that form a contraption with which dancers and actors interact. Set against a backdrop of darkness and disillusion, the performance is a virtually silent “choreodrama” of Thiérée’s genius.

Thiérée is the grandson of famed silent-era performer Charlie Chaplin on one side, and Nobel-laureate playwright Eugene O’Neill on the other. If any lineage were to produce what creative imagination Thiérrée has for contemporary theatre, it is his.

Tabac Rouge will be playing at the Sydney Theatre throughout January. Tickets are available at sydneyfestival.org.au/tabac.