Including 27 world premieres, a film by 10 First Nations directors, a chance to revisit Park Chan-wook’s Oldboy on the big screen, box set screenings of two new TV shows, and Jemaine Clement as a sexual healing guru in the buff. Here’s how to navigate the just-released program. 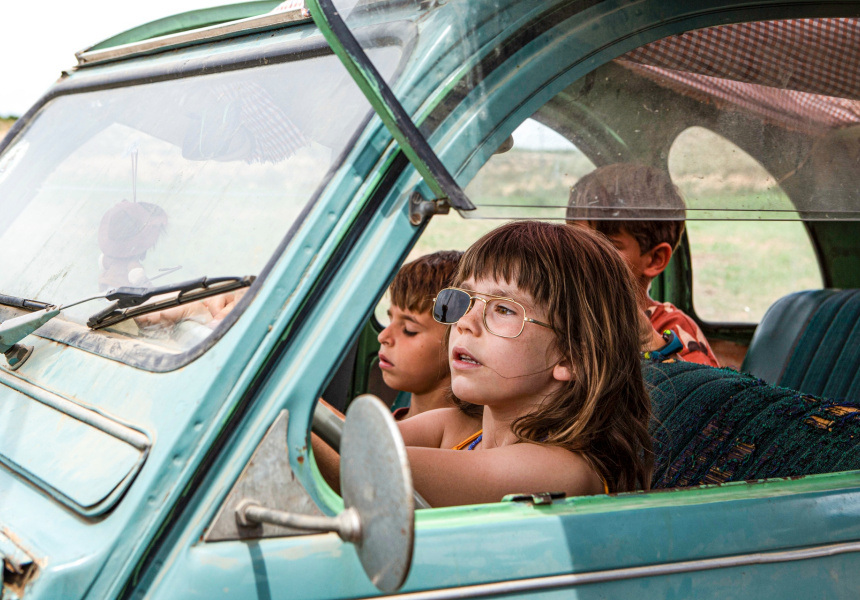 Sydney Film Festival (SFF) director Nashen Moodley tells Broadsheet the just-announced program – already clocking in at 200 films – is likely to grow even more in the coming weeks. “It’ll move to well over 200 films. We’ve yet to announce the full extent of our short films and we hope very much that there’ll be a number of late announcements,” he says.

The 69th SFF returns from June 8 to 19 at the State Theatre and eight other cinemas and venues this winter. We’ve already seen at least 22 films in the schedule, including the new Australian horror Sissy starring Aisha Dee (The Bold Type), dance doco Keep Stepping, filmed over seven years in Sydney, and the joyous Calendar Girls by Swedish filmmakers Maria Loohufvud and Love Martinsen.

The opening night film We Are Still Here – an epic time and space travelling film by 10 First Nations filmmakers from Australia, Aotearoa/New Zealand and the South Pacific – was announced ahead of the full program launch too. The film follows eight protagonists over 1000 years with interwoven stories of kinship, resilience, loss, activism and love. “It’s actually very rare to see films made on this scale, by 10 different directors from two countries during a pandemic, and the result is wonderful,” says Moodley.

Eagle-eyed festival goers will notice there’s no closing night film on the program yet. The director tells us he’s yet to confirm the final film of the festival, and he’s keeping a close eye on the Cannes Film Festival (May 17 to 28) in case there are any last-minute gems. “We did the same thing in 2019 and in the end we closed with Danny Boyle’s Yesterday, which I thought was a great closing film, so I’m hoping for a similar course of events this time.”

“If you’re coming into it, very open to everything, I would say begin with the competition,” says Moodley. The 12 Official Competition films are ones that compete for the $60,000 Sydney Film Prize, announced on the final day of the festival. “Try to watch as many of those films as you can because that’s where you get a sense of what’s happening in contemporary cinema. It takes you outside the mainstream.”

In the running is Blaze, directed by Archibald Prize-winning artist Del Kathryn Barton. It’s her first feature-length film and Moodley calls it “a film that’s very much of her imagination”. “Even though she’s working within a different medium to the one we’re accustomed to, it’s still very much her voice and her film. It’s a very moving film and I think audiences will be blown away by it, as I was.”

After the competition films, there’s the special presentation category, including Sundance rom-com Cha Cha Real Smooth starring Dakota Johnson. This is where you’ll find more of the global stars, such as Ralph Fiennes and Jessica Chastain in black comedy The Forgiven by filmmaker John Michael McDonagh, and Léa Seydoux in a sensitive new drama, One Fine Morning. Plus Aussie films such as Gracie Otto’s Seriously Red starring Rose Byrne and Bobby Cannavale in a tale about a misguided Dolly Parton impersonator.

“Though people sometimes think everything emerges eventually in a cinema release or on streaming sites, often that’s not really true,” says Moodley. “You’ll find with many of these films the festival will be the only chance to see them in Sydney.”

“I’m very excited about Semih Kaplanoğl, the Turkish director, whose film Commitment Hasan we’re playing. He was the winner of the Golden Bear at Berlin in 2010. It’s more complicated now with flight cancellations and things, but it’s great to have so many filmmakers here this year.”

For those who like to revisit the classics, Baz Luhrmann’s Strictly Ballroom, Julie Dash’s Daughters of the Dust and Park Chan-wook’s Oldboy have been digitally restored by the National Film and Sound Archive and have special screenings.

Plus, two new TV series will be shown for the first time in their entirety: Mystery Road: Origin, directed by Dylan River, about a young police officer in a small town in 1999, and True Colours starring Rarriwuy Hick, filmed in Mparntwe (Alice Springs) and Yeperenye (East Macdonnell Ranges), created, written and directed by Erica Glynn and Steven McGregor.

“Erica won the Documentary Australia prize with She Who Must Be Loved [2018] and we watched the series and it’s beautiful. We have a long relationship with Mystery Road [2013]. Dylan River is a young director who we have great admiration for – the series is superb. It deserves our support.”

Sydney Film Festival returns from June 8–19. Tickets and flexipasses are on sale now.