For choreographer Cheng Tsung-lung, a childhood selling slippers on the streets of Taipei seems a world away from Sydney. 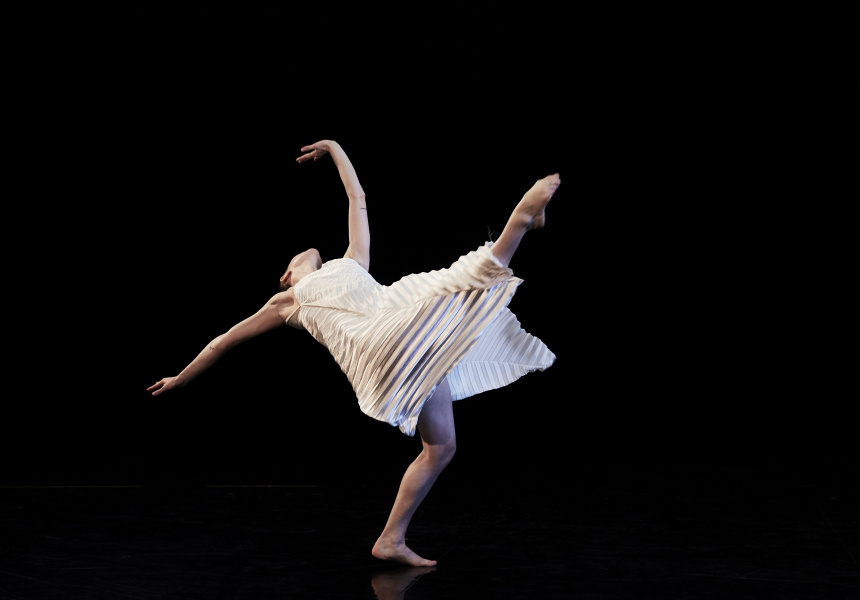 There is a serenity that surrounds Taiwanese choreographer Cheng Tsung-lung, so it comes as a surprise to hear him describe a childhood exposed to mafia gangs and hookers.

Cheng grew up on the streets of Taipei selling slippers from his family’s factory. While his classmates would go to the movies, his entertainment came from observing life going on around him.

“Life and the street, that was my movie theatre,” he says. It was a rich palette and one he would continually draw from later in life.

His introduction to dance began at an early age, and largely came about as an outlet for his hyperactivity.

“My mum sent me to dancing school so when I’d come back she wouldn’t need to worry about me anymore because I was always tired, but I wasn’t sure what dance was. I felt maybe my inside teenage monster could get out when I danced.”

Cheng has danced every day from age eight in Taipei, and then professionally with the esteemed Cloud Gate Dance Theatre of Taiwan, before becoming resident choreographer and artistic director of that company’s touring arm: Cloud Gate 2.

His choreographic skills have taken him all over the world, from a 10-month fellowship in New York, to London where he restaged works for Transitions Dance Company at the Laban Centre. On top of this, he’s created nine works with Cloud Gate 2.

It was one of these works, Blue Hour, which caught the eye of Sydney Dance Company executive director Anne Dunn. Artistic director Rafael Bonachela then invited Cheng to Sydney to create a new work for the upcoming Orb double bill.

During the four weeks Cheng has worked with the company, he has been delighted to discover a totally different language of movement.

“I think every person has their own style, everyone has their own character and the power of dance comes from inside,” he says. “But in Australia their energy can go very, very far, it can extend over the whole stage.”

Part of this difference can be attributed to training. Cheng grew up practicing tai chi, martial arts and meditation, and the style of traditional Asian dance is subtle and detailed.

“They do not do big movements, they do the arm, eyes, the head, just a small angle change,” says Cheng, demonstrating with a barely discernible but powerful tilt of his head. “I’m hoping to show this different energy in my new work: the little details from Asian dance and the powerful energy of western dance.”

Cheng’s new production for Sydney Dance Company, Full Moon, is inspired by the power and influence the moon has in many cultures.

“In my culture my family will get together and eat together, they believe the full moon is a day to celebrate,” says Cheng, of the annual mid-autumn festival where the moon is represented by a circular table and round food such as dumplings and meatballs.

“In all cultures there are so many differences but there are also a few things that are a little bit similar,” he says. “In Taiwan, China, South America, even Japan they believe there is a rabbit living on the moon. But in Australia they say there’s a man living on the moon. The full moon represents so many different legends, stories and myths but also the same feelings all human beings share, so I tried to share that with the dancers.”

In so doing Cheng also introduced some tai chi and meditation to the Sydney dancers. “They say they’ll try to meditate every night before they sleep instead of using their cell phones, so they change a little bit.”

Senior dancer Todd Sutherland has welcomed the opportunity of working with an Asian choreographer and expanding his own movement vocabulary. “We all belong to a world of contemporary dance but there are so many varying degrees of what that can mean,” Sutherland says. “With Tsung-lung there’s an unmistakeable flavour of the East; mythological worlds only he is privy to. For an artist that’s a pretty unique experience and it’s been enriching.”

Part of that new experience was learning to perform in designer Fan Huaichih’s exquisite costumes that embody the moon, moonbeams, even a blood moon.

“The costumes are quite a feature of the work and a lot of the movement we make, we think how it will look and flow with the fabric we have. Usually our costumes are quite pared back and minimal so this is a new experience for us,” says Sutherland.

Full Moon along with Rafael Bonachela’s new work Ocho forms the double bill, Orb. It will be performed at the Roslyn Packer Theatre, April 29–May 13 before touring to the Arts Centre in Melbourne, May 17–20.