We hang out a window with Inge Sildnik, a Sydney-based stunt double. 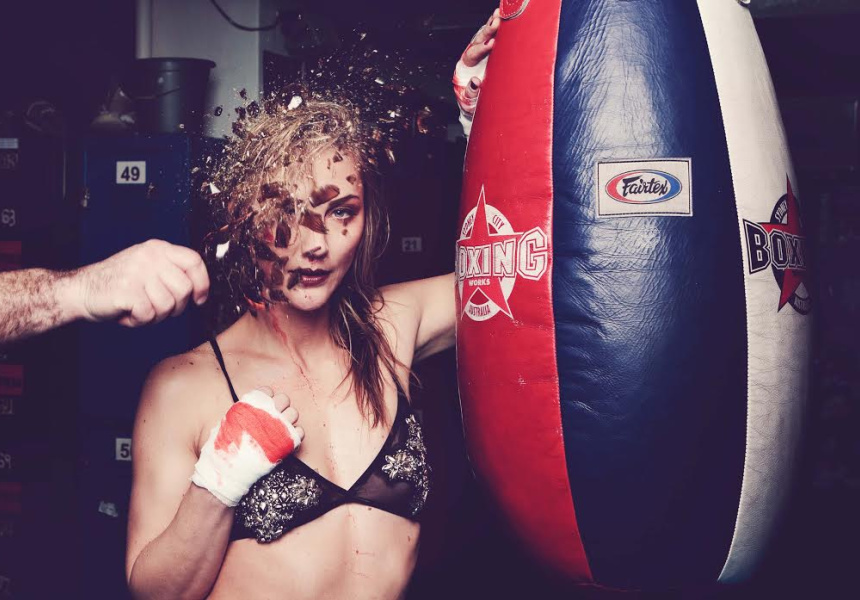 All in a days work, one of the many demand of the job. Stylist, Hair and Make up - Raf and Way Productions 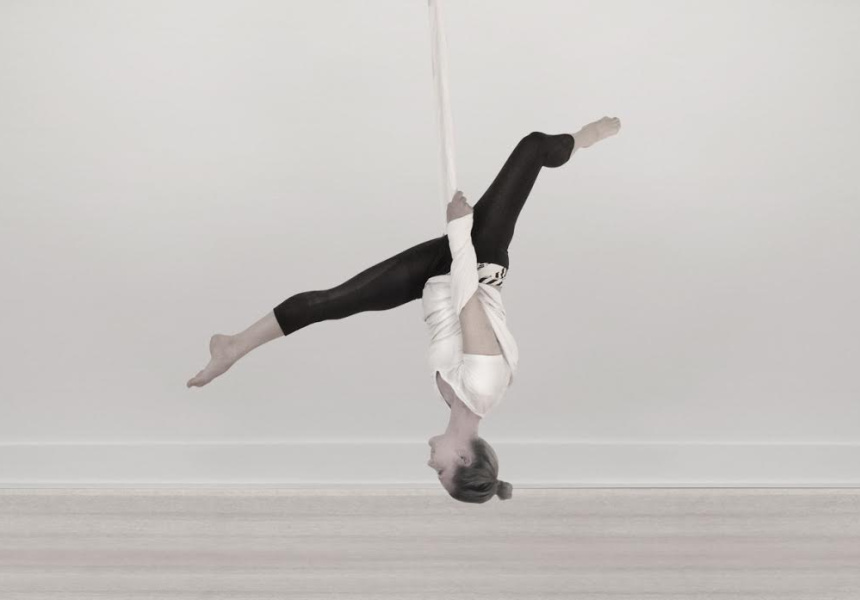 Just hanging around, I love being upside down and training with my Christopher Harrison Hammock is perfect for this. 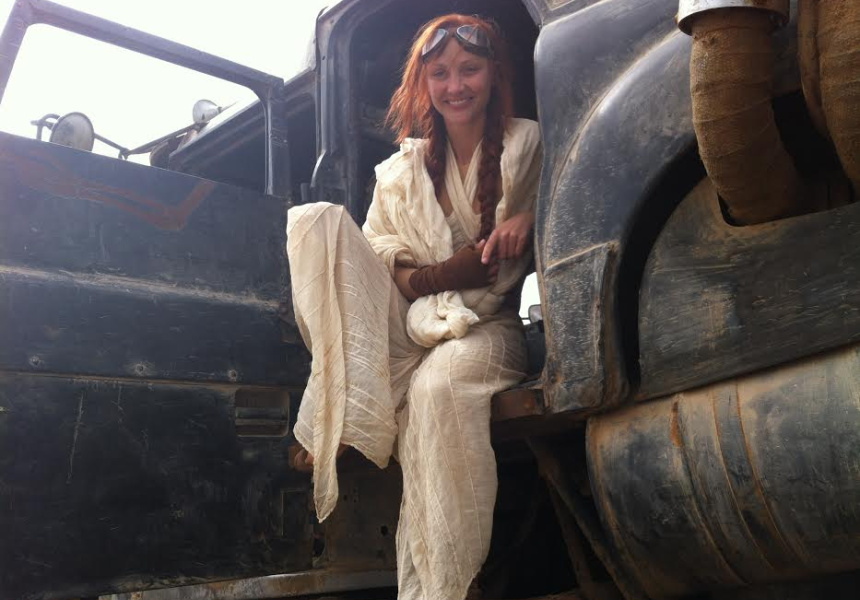 Next time you’re having a tough day at the office, spare a thought for Inge Sildnik. Her average nine-to-five involves rolling out of a speeding car, coming to blows with a co-worker, being shot at on a motorbike and diving out of a third-storey window.

Or don’t, because this all sounds pretty fun.

Inge has been a stunt actor for more than a decade. You probably won’t have picked up on it, but she’s appeared in almost every Australian drama worth mentioning, a stack of print and TV ads and blockbuster films, from The Great Gatsby to Wolf Creek.

Sildnik grew up in Glenorie, near Dural, and was chasing adventure from a young age. “[I had] brothers and was surrounded by boys, they were always with their motorbikes. It was like, ‘I’ll get on that too, why should they have all the fun?’”

There’s a significant public misconception around how qualified a stunt actor needs to be. Sildnik is accredited by the Media, Entertainment and Arts Alliance (MEAA), the same union that looks after Australia’s journalists. “You have to be competent in a whole bunch of stuff just to get graded,” She says. Essentially, if you’re not proficient in at least five different ways to potentially kill yourself, you ain’t ending up on set.

These include heights (falling and diving), water (scuba or lifesaving), animals (horse or bull riding), vehicles (motorbikes, trucks, cars and any way you could imagine driving them) and body control (martial arts and gymnastics). “You have to be able to do all of it,” Sildnik says, “not just some of it.”

“We’re the ones doing a lot of the dangerous action; we’re driving cars or being hit by them, or doing the falls. Most of the time you’ll only see it in a flash or from behind. This is either because it’s too dangerous for the actress, or if they injure themselves, it will derail the film.”

Sildnik recently spent six months in Namibia, shooting the wildly successful Mad Max: Fury Road, doubling Riley Keough, one of the “wives” who escape across the desert in the War Rig. “What you see is actually happening,” she says. “A lot of the car rolls, explosions, hanging out of vehicles, the motorbikes. Yeah, I probably could have died. Some of the stuff was really full on.”

Sildnik’s also quick to dispel the myth that nobody lands a real punch in fight scenes. “They do! Obviously camera angles play a big part as well, so it looks like you’re getting beaten up, even though you’re not. [But] I’ve ended up with bruises all up my arms, or gone a bit too hard and smacked someone too hard and their nose has started bleeding. Most often, if you do fake it, it doesn’t look real. You really have to go for it.”

Proficiency in action sequences isn’t enough for stunt doubles; they also have to look the part. “If you’re doubling someone and they’re bigger or smaller, you have to change your body shape,” says Sildnik. “Generally for us it’s smaller, actresses are tiny.”

This leads to an awkward paradox for female stunt actors like Inge. “With the stuff we do, we need to be strong. So it’s a balance between being lean and skinny, but muscular. You can only keep that up for so long.”

While body shape is crucial, the limited number of stunt actors means looks can vary wildly. “I’ve worn so many different wigs and had my hair dyed so many different colours!” says Sildnik, who has also doubled an Asian boy, and more recently, Crown Princess Mary of Denmark; a brunette with brown eyes, for a television show about the life of the Princess.

Explaining a tough day to your family and friends can be difficult for most of us, but it’s almost impossible for Sildnik. “If they ever came on set and saw what actually happened … My mum and dad came on a photo shoot once and even that blew their mind.”

Even in such a niche industry, the competition for good jobs can be fierce. “In Australia, work comes and goes. Sometimes there’s only one big movie a year; we just had [the latest] Pirates of The Caribbean, and now that’s finished.”

With an increasing number of action films being written with female leads, the time could be ripe for a new generation of female stunt doubles. “I think a lot more girls want to play that kind of strong action hero,” Inge laughs. Instead of sitting on the back of some guy’s bike it’s like, ‘Hey, I could be riding that motorbike instead!’”