If you've ever wanted to communicate telepathically, this immersive, one-man show is the next best thing. 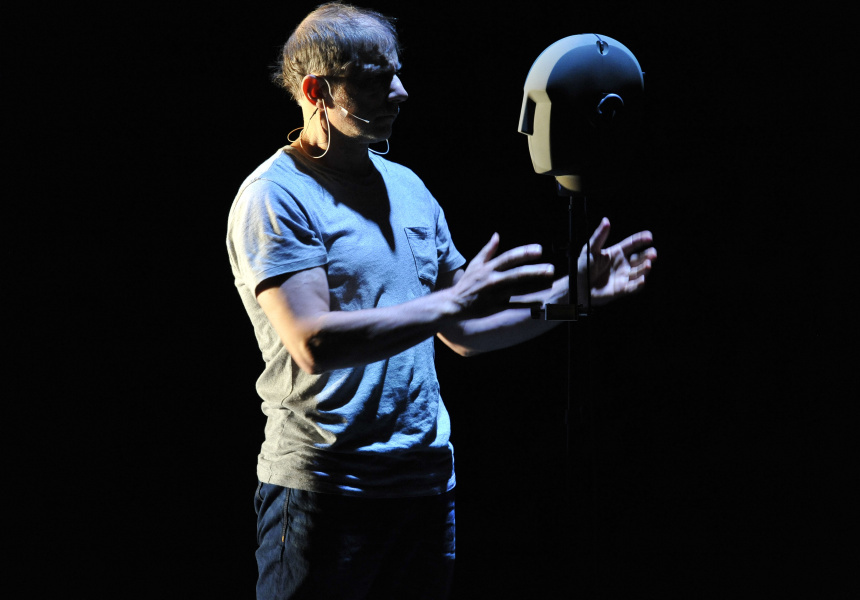 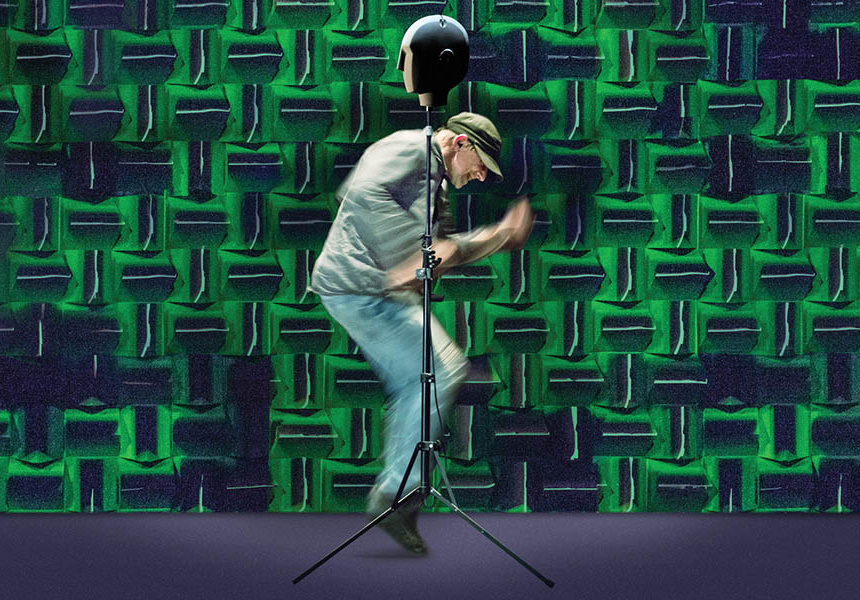 In 1969, National Geographic photographer Loren McIntyre set out to document an uncontacted tribe in a remote part of the Amazon. After missing his flight home he was trapped in their prelapsarian world for six weeks. With no means of verbal communication, he began to commune telepathically with the headman.

It’s a journey recorded in Amazon Beaming, as much a travel book as a philosophical musing on the nature of reality. Distinguished British theatre director Annie Castledine gave actor, writer and director Simon McBurney a copy more than 20 years ago. Its themes resonated deeply, and form the basis of his most recent work; the immersive and multi-sensory theatre production, The Encounter.

“It’s a piece that you can take on different levels,” McBurney says. “You can want to know what happens to the guy at the centre of the story – that will keep you entertained and occupied. Or you could read it not just as a narrative but as a meditation on different aspects of time and communication.

“Very simply, this guy is amongst people who don’t speak his language and he doesn’t speak theirs so there’s the question of how do they communicate together?”

These are challenging concepts to convey from the stage, and The Encounter tackles them in an unusual way. Artifice is at the heart of the one-man show, which will be performed by Richard Katz in Australia (he is currently sharing the role with McBurney on Broadway).

To simulate the telepathy, each seat has a set of headphones. Using two microphones, the performer creates 3D surround sound that is transmitted directly to each member of the audience. The viewer hears – and feels – the whirr of the Cessna aircraft that drops McIntyre into the jungle; the buzz of exotic insects; and the padding of his footsteps. It is this, rather than elaborate sets or costumes, that he uses to transport us to the heart of the Amazon.

“Once you tell yourself a story about something, it comes to be true if you believe firmly enough,” McBurney says. “If the reality of me standing behind your head and blowing into your right ear is strong enough, even though I tell you it’s a fiction, your brain can believe in the fiction so totally that a physical consequence occurs. “So what's the difference between that and my really blowing in your ear? There isn’t one.”

Since creating the acclaimed piece Mnemonic in 1999, McBurney has been fascinated with cognitive processes, especially memory and perception. Rather than a static template that can be retrieved at will, memories are electrical patterns that must be recreated every time we access them. Every time we remember something, it is always a little different.

“In other words, memory is a creative act. Memory and imagination are the same thing, which is a very important idea for somebody who works with imaginative ideas.”

Just like our memories, The Encounter changes a little in each iteration. As the performers swap and the production travels, it evolves ever so slightly. “It’s alive because, like life, it’s constantly responding to the circumstances in which you are playing it.”

One thing that doesn't change is McBurney's inquisitive spirit and his desire to challenge the audience. “How do we listen to things?” he asks. “This piece has got headphones yet in a sense it’s not just what happens in your ears, the piece is what happens between your ears. Once it’s over, how do you respond?”