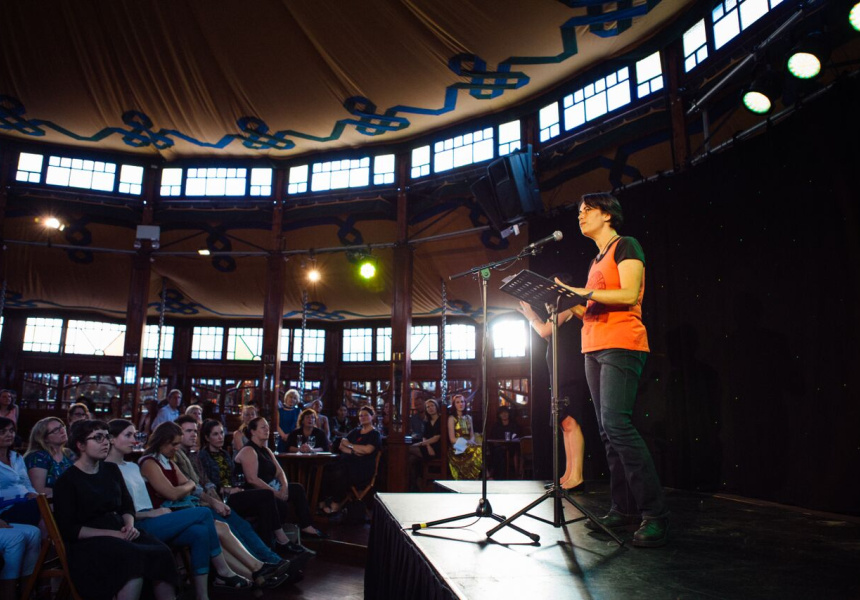 The Stella Prize celebrates Australian women’s writing, and it’s celebrating its fifth year by hosting its annual Stella Sparks Gala on February 7. The event will be held at Giant Dwarf and focus on celebrating non-fiction and its impact on Australian culture and society.

The award is named after Stella Miles Franklin, the early-20th-century Australian writer (My Brilliant Career, also a film) and feminist.

“Women’s books weren’t winning prizes, so weren’t being reviewed and therefore weren’t placed on the school curriculum,” says the executive director of Stella, Aviva Tuffield. “So our aim was to change that.”

The Stella Sparks fundraising campaign is a push to recognise Australian female authors on a national and international stage, and for them to be seen as equal to their male counterparts.

A school program is run alongside the award. Its aim is long-term cultural change; getting boys and girls to consider and be aware of gender stereotypes from a young age. This will quash subsequent gender inequality and power imbalances that can lead to more serious consequences such as domestic violence.

The evening will be hosted by RocKwiz host and general TV legend Julia Zemiro. Prominent Australian writers, such as playwright and star of Black Comedy Nakkiah Lui and performance artist and poet Candy Royalle will share true stories from their lives. Previous winners and shortlistees will also be there.

The full 2017 longlist for The Stella Prize will be announced by judges Delia Falconer and Benjamin Law.

You can buy tickets for The Stella Sparks Party here.