Station to Station: A Fleeting Film

How much can you fit into a one-minute film? 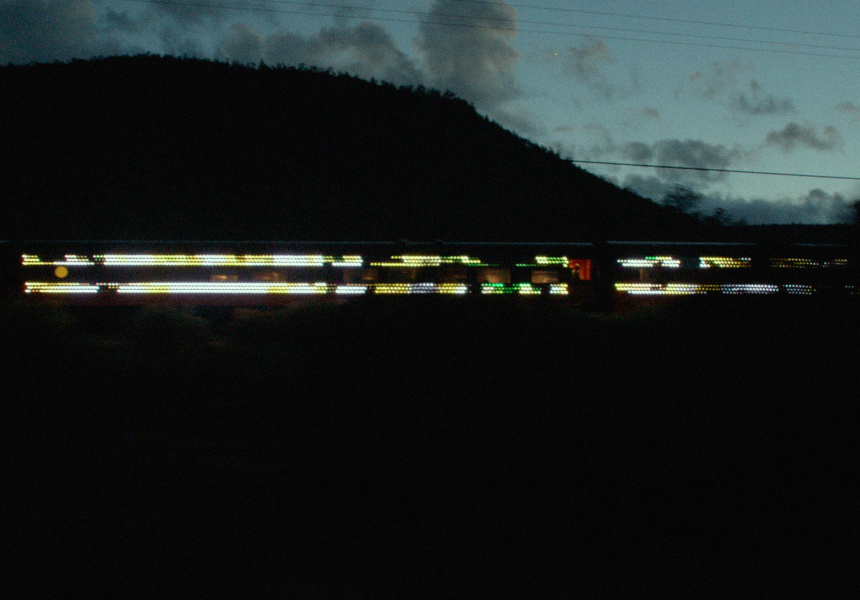 Two years ago, a purpose-built train took dozens of artists, filmmakers and musicians on an expansive US trip from the Atlantic to the Pacific. Over 24 days, the train stopped at various places for “happenings” – concerts, installations, performances – picking up new passengers and shedding old ones as it went. It was an audacious project, featuring artists as varied as Suicide, William Eggleston, Ariel Pink and Patti Smith. Now, the film Station to Station chronicles those events. But how do you make one film about such a project without betraying its experimental roots?

One answer is to make 62 tiny films. We caught up with director Doug Aitken to find out more.

Broadsheet: How did the film of the project come about?
Doug Aitken: After the train journey, we’d shot a huge amount. I started to think about how to create a document of that. A film is a linear structure you watch from start to finish, so initially we started making a straightforward documentary film. But we were trying to take this experimental, vibrant project and compress it into something that’s a formula. What is film really? It’s time. So, we said, let’s democratise time, and give each minute to a different story. It gives you a landscape view of these people and these happenings, as opposed to trying to author the story.

BS: The project was so broad, covering everything from punk rock to architecture. How did you select the participants?
DA: I like the idea that we could focus on a hitchhiker as much as we do on a high-profile performer. I wanted to mix up the dialogue between outsider desert architects and modern electronic musicians. It speaks to the way our culture is moving. There’s a rift in our culture, and also an acceleration. The project is really an exploration of that.

I really wanted to go directly to people who were making things and ask them what they wanted to do, what couldn’t they do anywhere else? Beck, for instance, always wanted to play with gospel singers. So we took over an abandoned movie theatre in the Mojave Desert and put on that show. Patti Smith only wanted to play at Saint Paul, Minnesota, and wanted to write a song she’d play there and never play again. Those kinds of moments are pretty extraordinary in a culture filled with repetition.

I also spent a lot of time working out who in the country was making incredible things but didn’t have a spotlight.

BS: I want to ask about the use of the word “happening”. It’s got all kinds of ’60s counter-cultural connotations.
DA: I chose to use that word because it comes down to an encounter that’s unpredictable and something that’s created out of friction … a series of mediums and dialogues that come together and collide to create one moment in time. We wanted to create a sequence of these volatile moments.

BS: The one-minute timeframe condenses a full month into this frenetic, high-turnover hour. Is that a reflection of how that month felt?
DA: I think the result is the way that memory feels. Memory is always in fragments. It’s never an entire dinner party. It’s one sentence, or one conversation. And you play that conversation over and over. The film reflects that.

Station to Station plays at Golden Age Cinema & Bar on November 22 at 5.30pm; November25 at 6pm and November 29 at 5.30pm. See the website for more information.