The unabashed king of cynicism talks about being “Dad-Guy” and how to succeed at stand-up. 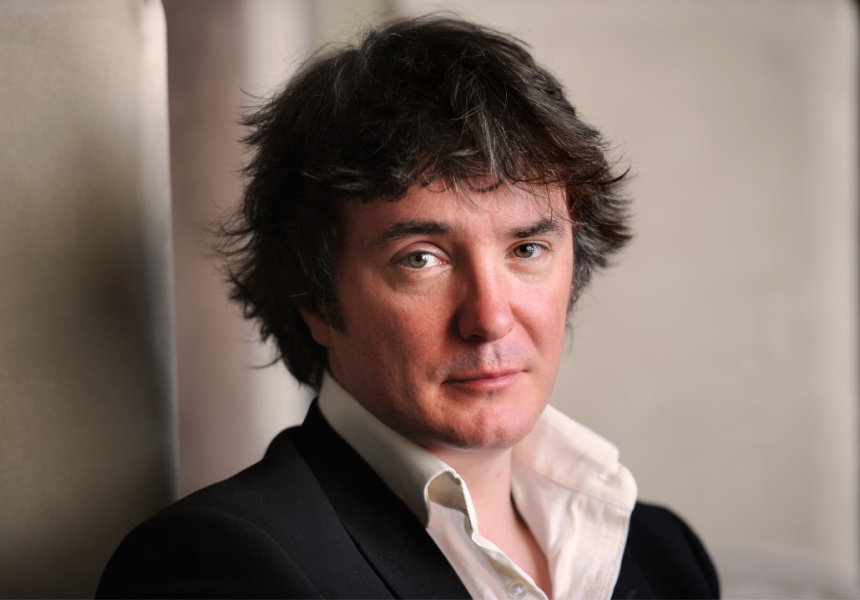 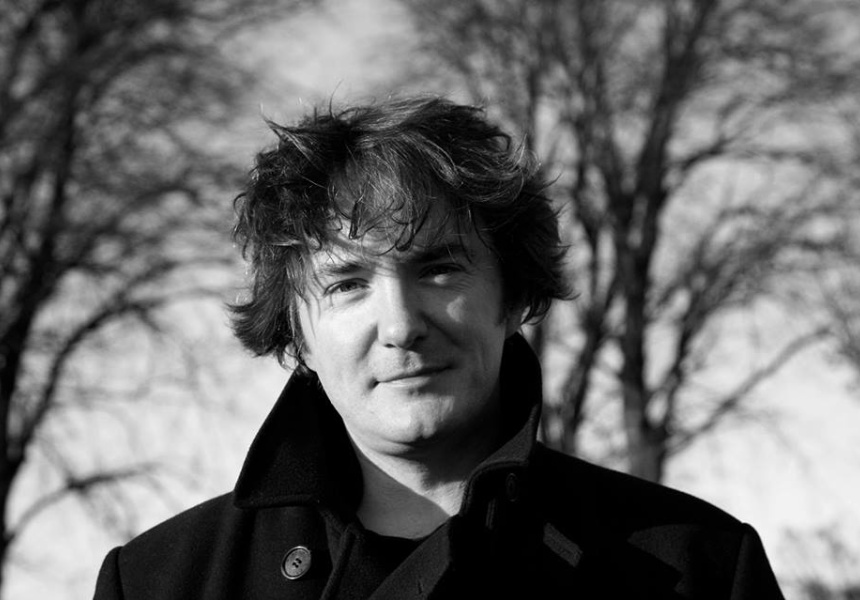 Dylan Moran knows funny. The Irish comedian created, co-wrote and starred in the cult television show Black Books. He’s also globally recognised for his work with Simon Pegg in the classic Britcoms Shaun of the Dead and Run, Fatboy, Run. Moran’s first and biggest love has always been stand-up. His new Off The Hook tour comes to Australia in July and Moran is speaking to us from beneath Edinburgh’s bleak skies, so, understandably he kicks off with some housekeeping: “I won’t be able to take you complaining about the weather seriously.”

When he comes to Australia we can expect Moran’s signature sarcasm applied to local topics. He explains he’s always been intrigued by our national sensibilities. “There’s Australian qualities I really admire,” Moran says. “Speaking directly is one of them. It’s very democratic – and very unpretentious, I think, to talk about something openly.” He trails off, leaving the impression of genuine fascination. “I love the light, I love the atmosphere and the landscape. There’s a real liberty in Australia.”

Moran was always confident he could make people laugh. “I went to a club when I was 20”, he remembers. “I said, ‘can I have a shot?’. The next week I was on, I’ve never really looked back.” Moran’s stand-up transforms the dry British wit into grumpy, cantankerous rants. It’s a cynical style that’s best suited for the stage. “The good thing about [stand-up] is that if something goes wrong, it’s all your fault,” he says. “You can’t really blame anybody else. If you’re not happy with something, generally, you’re the one who can fix it.”

Just like any muscle, “funny” needs to be exercised regularly. “After the last tour I stopped. I really didn’t do any gigs. If you don’t do it for years, it feels quite unnatural to walk out onto the stage,” Moran says. Though these years were far from idle. When Moran’s not with his wife and children, he’s often performing and constantly writing. Since last touring Australia, he starred in John Michael McDonagh’s dark comedy Calvary; performed on The Late Show With David Letterman; and developed an original TV pilot. However, the stage always beckoned.

“When you stop stand-up, you become just you,” Moran says. “I became ‘Dad-Guy’. I’m just Dad-Guy picking up the microphone and it’s embarrassing.” He vows to never slacken again, already planning life after Off The Hook. “I’ll still do little gigs near me. I don’t want to have to rebuild my knowledge of stand-up every time I do it.”

The unglamorous, hotel-heavy life of touring doesn’t affect Moran. He claims no desire for constant stimulation. “I don’t walk around all day long looking for opportunities to chuckle … I laugh as much as the next person.” Without a morsel of irony, Moran chuckles at length over this. “I think that’s quite an image, someone going around looking for things to chuckle at.” He tends to fill his days on the road by exploring each city. “I try and get out there, try to get involved and see what’s happening. What’s the story, what are people talking about?”

When asked to offer advice to young, budding comics, he’s staunch: “Get out there, do it and shut up. The only advice to give young comics is to do [their] own thing. The people that are really serious about it don’t need any advice. If you’re serious about it, you’re obsessed and writing all the time.” Fortunately he was gifted with both knack and obsession. “I didn’t want to do anything else,” Moran laughs. “I’m never ‘gonna survive in an office.”

Off The Hook is at the State Theatre July 18–21. Tickets available from ticketmaster.