It’s based on the remarkable true story of a tiny-but-mighty town off the east coast of Canada that embraced thousands of stranded passengers on September 11. There are three surprising things about the hit musical Come From Away. The first is the event that’s the catalyst for the whole storyline: September 11. The second thing (that surprised this cynical musical-theatregoer, at least): it’s a celebration of kindness – an unusual theme for any work of art. (That said, as Australia reels from catastrophic bushfires and coronavirus panic, who doesn’t need a little kindness?) And the third surprising thing? It’s all based on a true story.

This is anything but your typical musical.

Come From Away was a surprise Broadway smash in 2017. Subsequent productions have all been hugely successful too – and it’s coming to Sydney in August. It tells the story of the unforgettable day in 2001 when 38 planes – and 7000 passengers – were diverted to Gander, a small town on the island of Newfoundland, off the coast of Canada, after the US government shut down all American airspace and diverted all planes.

In 2011, a ceremony was held on Gander reuniting some of the visitors and their hosts. When Canadian musical-theatre duo Irene Sankoff and David Hein heard about the reunion, they were fascinated. The couple – who also wrote the musical My Mother’s Lesbian Jewish Wiccan Wedding, based on Hein’s family – began to do some research, and, after securing a grant from the Canadian government, flew to Gander for a three-week stay.

“We ended up staying longer because no one would let us pay for hotels; they kept saying, ‘Stay with us’, and would literally give us their house, and fed us nonstop,” says Hein. “We saw the same generosity the Come From Aways did 10 years ago.”

The couple recorded hundreds of interviews with the willing townspeople and returned home to New York City armed with newspaper cuttings, thousands of hours of tape and letters passengers had sent back to Gander. They were convinced they had the makings of a stage show.

They also knew it had to be a musical. “There’s something in the DNA of Newfoundlanders – maybe it’s the terrible winters when they have nothing to do, but they all play three instruments and keep warm by going to each other’s kitchens and having a party and singing songs,” says Hein. “It’s how they’ve learnt to survive.”

The couple’s enthusiasm for the story wasn’t universally shared, though. Five writing teams declined to explore the project, convinced the idea was a terrible one. Sankoff and Hein were told it had three fatal flaws: it wasn’t a one-star vehicle (it’s an ensemble of 12 actors, each performing multiple roles); it had a name no one would remember; and since it was referred to as “the 9/11 musical”, it wasn’t exactly a crowd-puller.

But the duo had been in New York during September 11 and its aftermath, and had been buoyed by the intense community support they’d experienced. They knew this was a story that had to be told.

After a positive response following a workshop in Washington DC (particularly from those affected by September 11) and tryouts in Canada and the US in 2015 and 2016, Come From Away opened on Broadway in 2017 to near-universal acclaim. Ben Brantley of The New York Times gave it a rave review. It went on to win multiple Tony and Olivier awards from its Broadway and West End seasons respectively.

“It was really important we got it right for the 9/11 community. One lady who’d lost a family member in the Pentagon was deeply concerned about the show,” says Sankoff. “Afterwards she said it was a tribute to the people who were lost and gave her some hope there was still good in the world.”

Hein and Sankoff will be travelling to Sydney for the opening, along with some of the real Ganderites and characters portrayed in the show. “Beverley has seen it more than 200 times, Nick and Diane around 150,” says Sankoff, referring to a few of the key characters. “Every time we have a new opening the real people come. It’s been such a joy to give them this reason to reunite, and we’re looking forward to seeing them all again in Sydney.”

Come From Away opens at Sydney’s State Theatre on August 8. Tickets are on sale now. 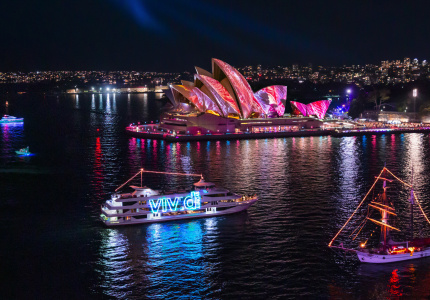