It's like an episode of Wheel of Fortune written by Monty Python and directed by David Lynch. 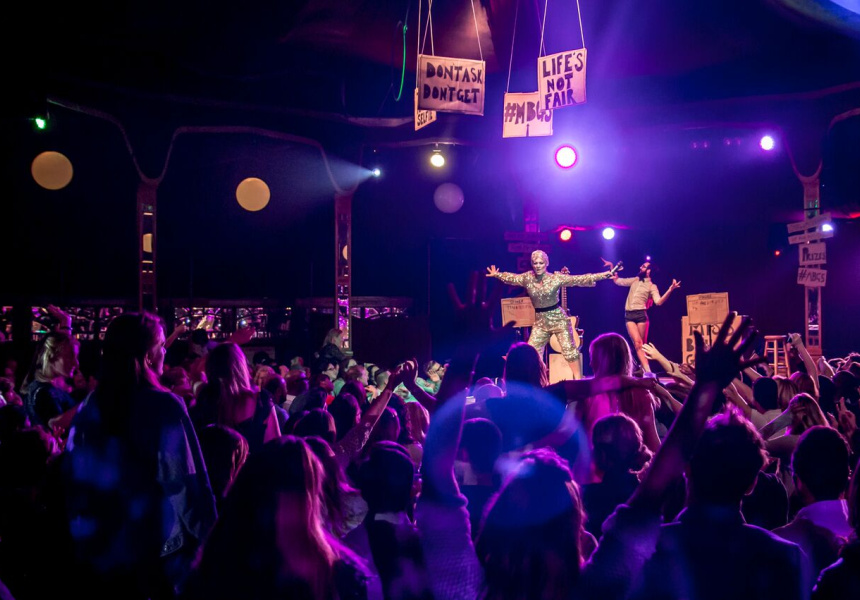 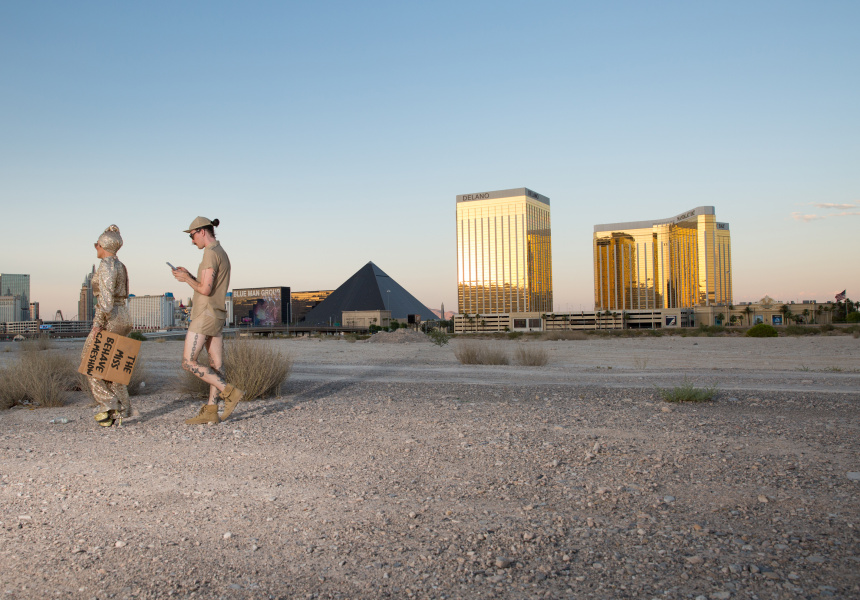 For many years she listed "table-leg swallower" as her day job. Now fully-grown men voluntarily get up on stage and strip for her. Just exactly who is Miss Behave – and what does she do?

Amy Saunders, stage name Miss Behave, is a British comedian whose career spans street performing, stand up and regular gigs with slick outfits La Clique and La Soiree, where she would introduce acts and perform her own routines from swallowing scissors (yes, you read that correctly) to the aforementioned party trick: table-leg swallowing.

These acts break the so-called fourth wall, where audiences sit passively observing on-stage performers, who in turn carry on as if the audience wasn't there. It is a set-up Saunders believes is alarmingly out-dated, so she decided to ditch it.

The result is The Miss Behave Gameshow: a raucous, raunchy, surprising and touching night of great interactive fun. A South China Morning Post critic described it as like "an episode of Wheel of Fortune written by Monty Python and directed by David Lynch."

There is only one rule at the show: each audience member must have a mobile phone. Saunders divides everyone into two teams; iPhone vs. Android owners. The teams then compete in a series of challenges, anything from "Sit on a Seat and See What Happens" to "Dial My Number Quickest" and the ominous-sounding "Smash a Phone".

"I find it fascinating that nobody allows an audience to use their mobile phone. It's amazed me over 10 years now [because] there was a tipping point where one has to acknowledge people are now, in part, their phone," Saunders says from Las Vegas, where The Miss Behave Gameshow has a permanent residency.

For those who have a pathological fear of audience participation – read: most of us – she's quick to point out there's no obligation to take part.

"I decided to see what happens when everyone has a choice to participate or not. I'm very clear there's no enforced participation, no wrangling people up on stage, however, the simple premise of pitting people against each other and playing very silly games [means] people end up doing everything. That's been my experience.

"They get insanely competitive to the point they'll jump on stage and strip off their clothes for a point. I think a large part of it is to do with – they realise nothing is required of them, therefore they play harder," says Saunders.

In marked contrast to some of the polished shows dominating our stages, The Miss Behave Gameshow is deliberately low-fi, with props literally made from cardboard and gaffer tape. Saunders believes society is crying out for an excuse to "celebrate the debris of humanity."

"I've been in the business 20 years now and have watched how we've moved from hetero white men in jeans and a T-shirt talking about their observations in stand-up to everything being really crappy and audiences just wanting to be distracted and enjoy things ... to now where people want to enjoy how angry they are, not pretend everything is good, but revel in how crap everything is together."

Saunders has clearly tapped into something: the show has played for three years to audiences in London, New York, Hong Kong, Adelaide and San Francisco. Perhaps because at its core this silly, fun, whacky show has heart, even though for some it might seem risqué.

"You'll be confused about my gender, because I'm pretty androgynous, and my voice is very deep but again, just deal with it," Saunders says. "In Vegas, which is really middle America, I've had 65-year-old Republicans who have pushed their boundaries, and had fun with it. And no one's left feeling,'That was wrong.' It's something I'm really proud of."