Hear from an ex-funeral director, a Torres Strait mainlander and a Peruvian soprano from the 1950s. 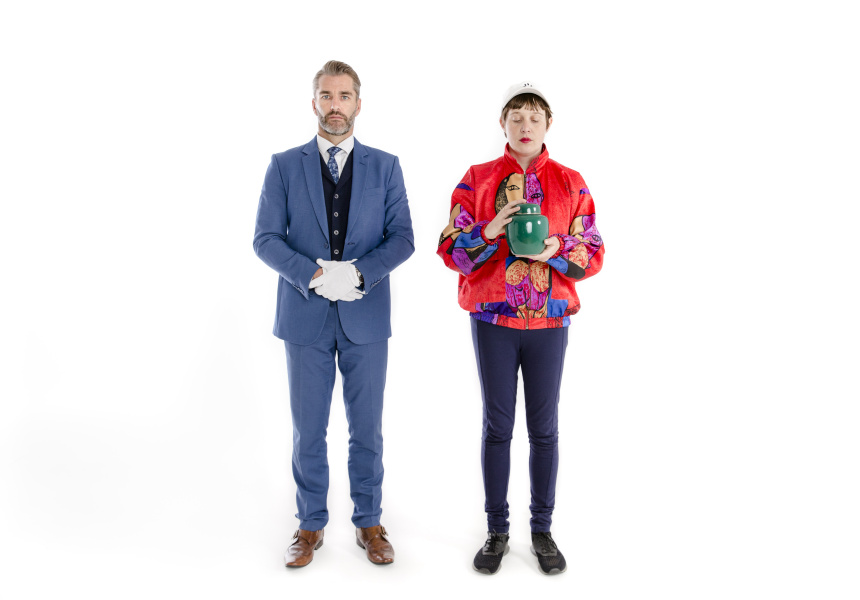 If you’re looking to find interesting independent performers in Sydney without having to seek out small theatres and performance spaces, Sydney Opera House’s Festival Unwrapped might be just the ticket.

Launched last year, the biannual festival was developed to introduce audiences to independent artists who usually perform in smaller, less mainstream spaces. This time round the festival features a mini line-up of five works, as well as artist talks, participatory artwork and a pop-up bar.

“All the works in the festival have successfully premiered elsewhere – often for a very short season – at places like Performance Space, Arts House Melbourne, Belvoir, the Adelaide Cabaret Festival and Powerhouse Youth Theatre Fairfield.

“By bringing them back as part of a small festival, we draw attention to some great works we know our audiences will love, but would otherwise have to work hard and travel far to see. And by clustering them together our audiences can see several works over a couple of weeks.”

As promised, a variety of performers have been selected for the first festival of 2019, which will be held in May.

Australian opera singer Ali McGregor will bring to life the music and story of 1950s Peruvian soprano Yma Sumac, who was known for her incredible vocal range and claimed to be descended from Incan royalty.

In My Urrwai, dancer, comic, teacher and guitarist Ghenoa Gela will delve into her experiences as a Torres Strait mainlander. Winning says Gela will be “dancing and performing her way into her cultural and political identity”, exploring the intersection of political, social and colonial expectations she experiences daily.

William Yang's Party (verb) “celebrates Sydney’s creative and diverse queer communities by tracing the development of Sydney’s queer underground party scene,” says Winning. “He was there and he has the photos to prove it.”

The festival will also include the Sydney premiere of The Director, in which ex-funeral director Scott Turnbull and actor/creator Lara Thomas get into the nitty-gritty of the “death industry”.

The ensemble performance Playlist, meanwhile, delves into the state of feminism via pop culture and music. It explores the lives and perspectives of five young women from western Sydney through a combination of spoken word, street dance and pop songs.

The festival will also give arts-lovers the chance to get a glimpse at the creative process, with Gela, Yang, May Tran (Playlist) and Thoms all speaking about how their lives inform their creative work.

“I want [audiences] to have fun, to think deeply about something new the shows have brought into focus, and to find out more about the artist/company they most connect with to see their next work,” says Winning.

“I hope audiences come to at least a couple of the works, as they all do bounce off each other, even though they use very different performance languages (dance, monologue, cabaret and photography). I hope they stay for a drink and a chat in our pop-up bar to meet the artists.

“Seeing live performance is a communal experience. We want our audiences to engage with the artists, their ideas and come back for more.”

Festival Unwrapped runs from May 3 to 19. Tickets are now on sale.