In Search of Charlie’s Country

We talk with director Rolf de Heer about his film Charlie’s Country, reconnecting with David Gulpilil and the series of events that led to this award-winning film. 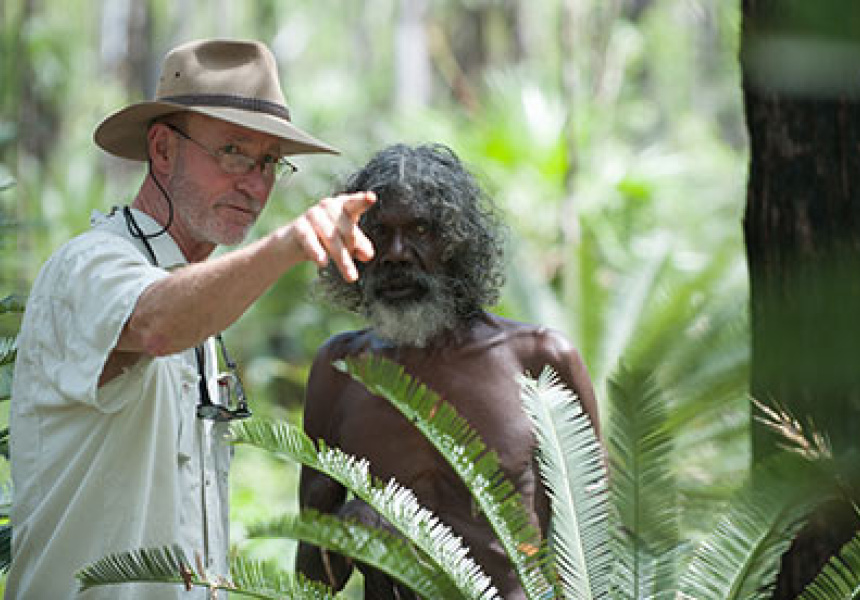 I’m sitting with director Rolf de Heer to talk about his new film, Charlie’s Country. His glasses hang loosely from a cord around his neck and he’s rolled up the sleeves of his dark blue shirt. Although he has clearly spent plenty of time in hotel rooms during press junkets and interviews, you can tell he’d be just as comfortable in much more casual surroundings.

“Because in some ways, I felt that I owed him … not that I do. But I thought about The Tracker and how good he is in that film and how he is part of what makes that film, for me, an immaculate film. And I think about Ten Canoes, and how without David it wouldn’t exist. So I went up to see him and on the way there I thought: Well, what am I going to do up there, apart from see him. What can I offer”

“He [Gulpilil] was in poor shape – he was only 39 kilograms when he was incarcerated. He was depressed. I asked him, What are you going to do at the end of it, when you get out? And what do you want to do? He said, I want to make another film with you.”

Charlie’s Country, Rolf de Heer’s latest production starring David Gulpilil in the lead role is the result. Gulpilil recently won the award for Best Actor at Cannes. It’s safe to say most people are glad de Heer made that visit to Darwin.

“I am too, in the end, even though I had no intention of making a film.” De Heer admits. “David hasn’t had a drink since, which is extraordinary. I am glad. And it’s a wonderful piece of art.”

The film tells the story of Blackfella Charlie, a quasi-outcast who lives in the Ramingining community in the Northern Territory. He has lost touch with his people and culture, and his age, instability and troubles with Whitefella laws mean he doesn’t fit into either the white community either. Charlie must search for his own country.

Charlie’s County is an amazingly candid and honest look at what it is like to be indigenous in white Australia. It is a scathing yet heartfelt representation of the struggle faced by a culture that white Australia has been repressing since 1788.

Charlie’s Country is a masterwork, with a phenomenal performance by Gulpilil who makes Charlie seem real in a way that feels very personal and somehow truer than most films.

“It’s not real,” De Heer explains, “David never lived in Ramingining during the intervention, for example. It’s not based on his life. He’s never gone bush.

“When I spoke to him the first time, I thought: I don’t know if he can still do this. He was uncertain with his words, all the life was gone out him and I thought: He’s drunk himself into a stupor.” For it to work, De Heer knew Gulpilil needed to access a character. And that it needed to reflect what Gulpilil was familiar with, without it reflecting his life.

“I wasn’t interested in making it autobiographical. I didn’t want to make it about him, because that would have limited it to him. He wanted it to be a general film. To allow him to find a great performance means finding a character.”

Unlike The Tracker or Ten Canoes, the direction is more subtle in Charlie’s Country. Almost the entire film is shot on steady-cam, and while de Heer’s characteristic fascination with the Australian landscape is present, it’s nowhere near as openly explored.

“For me, the idea about cinema is you can immerse yourself in it in some way and, feel, as a consequence of it. The best of filmmaking, once you’ve got the script, is capturing a performance with sound and with image. Particularly something like this, where you have such a bravura performance.”

“[Gulpilil] is such a genius of an actor – you could practically just put the camera on his face and it would work. He makes it work in a way that few actors can manage. It feels as authentic as a real story, because that’s what we went for, authenticity. For example, we wanted real rain … and when it was falling, by God he went there – in terms of his suffering and all that. He clearly wasn’t suffering like that on the day … that’s a performance. It’s a measure of his genius that’s it’s as real as it is.”