Sculpture by the Sea to Decorate Barangaroo's Coastline Once Again

The free outdoor exhibition is back. 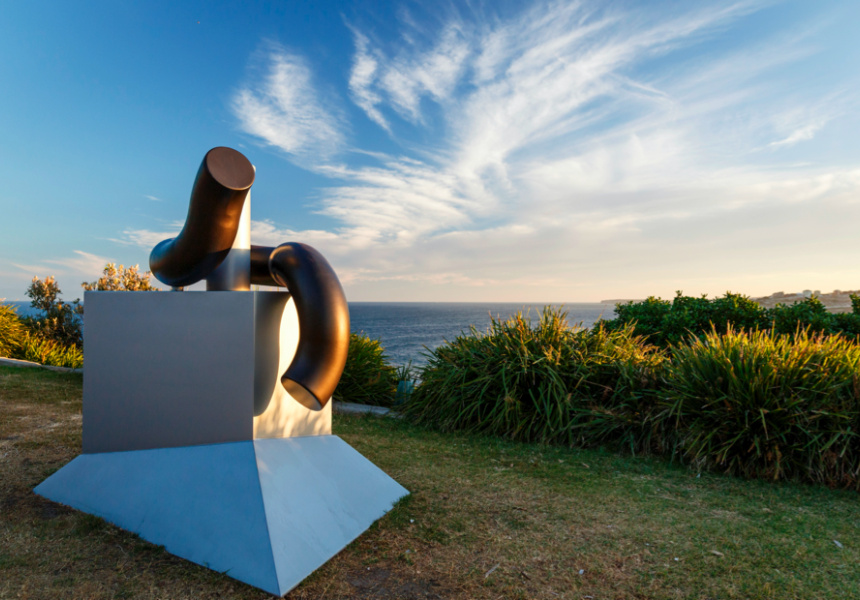 Sculpture by the Sea is returning to Barangaroo Reserve for its second year, featuring 14 outdoor works created by nine established and emerging Australian artists. The sculpture exhibition has been bringing artwork to coastlines around Australia for more than 20 years.

Five new works have been specifically made for this year’s free exhibition. Geoffrey Edwards, the curator of Sculpture at Barangaroo, has selected nine sculptures according to a single brief: to complement the backdrop of Barangaroo.

Edwards’s vision is to explore three different types of sculptures including classic, modernist and autonomous works. He was also determined to include compelling Indigenous art, many from local Sydney artists, which comment on the significance of Barangaroo.

Australian sculptor Michael Le Grand, a graduate of the Victorian College of Arts, will feature six mini-retrospective works. Le Grand was involved in the development of the early Canberra Floriade sculpture events, and has featured in residencies in Canada, the US, UK, Germany and Japan.

Richard Tipping, a word artist and poet who explores the physical qualities of language, will return to Barangaroo with one of his famous street signs, Kangooroo. In 2015, his Sculpture by the Sea work was a combination of two sign works, making up the final piece Speed Trap.

Nicole Monks, a young Indigenous artist practicing in Redfern, has created an interactive artwork called ‘Terra Omnia’ from natural elements such as sand, bark and flowers. Monks will have friends, family and members of the public involved in the construction of the artwork when the exhibition opens.

The park will be open all day and night, but visitors are encouraged to view the works between 8am and 6pm daily.