Royal Headache Answers to No One

We talk to drummer, Chris Shortt, about DIY music and doing things its own way. 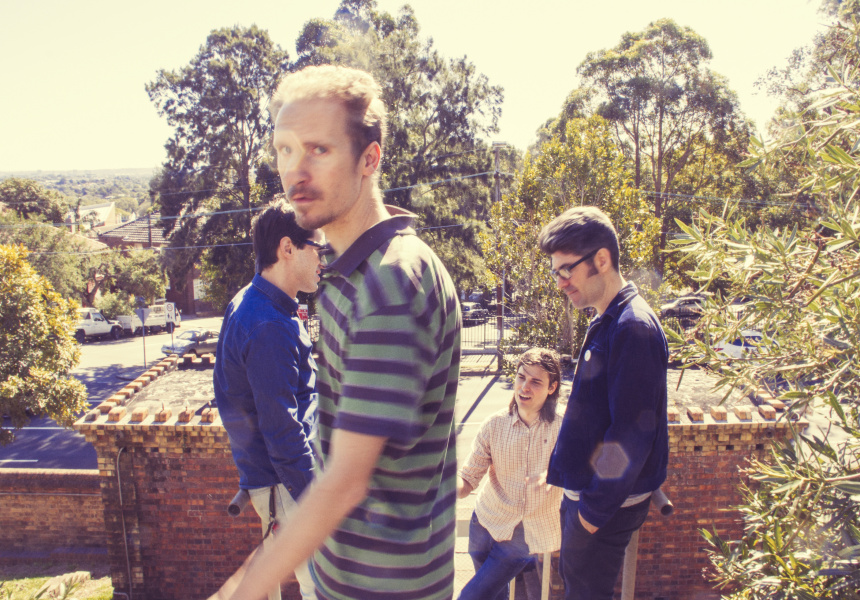 There aren’t many bands anymore that send grown men and women into fits of unbridled, adolescent joy. If you’ve ever been to a Royal Headache show, you’ll know exactly what we mean. Moshing, stage diving, a room full of sweaty fanatics trying to scale the soulful vocal melodies of the enigmatic frontman, Shogun, all testify to a band that has captured the hearts of many and provided them with a slice of punk glory. The band played Vivid Live at the Opera House as a part of the Repressed Records installment earlier this year, and is about to release its second album, High.

“The band started off with immediate, short songs; high energy, like early Buzzcocks singles,” says drummer Chris “Shortty” Shortt, who started the band with guitarist Lawrence Hall in 2008. The community in which Royal Headache is rooted clamoured for its music when it started up and were the reason it played so many gigs in the early days. “Bands like Bed Wettin’ Bad Boys and us, and also [Sydney-based independent record label] RIP Society, created a new space for this type of DIY music,” says Shortt.

Over the years, Royal Headache’s music has had a throng of descriptors thrown at it, from soul-punk to jet rock’n’roll. At its essence, Royal Headache is a soulful band, marked by frontman Shogun’s sterling voice and searing stage presence.

“Shogun used to play guitar in a band called Nintendo Police,” Shortt says. “They’d do this Misfits cover where Shogun would take lead vocals and it was crazy – he was this little 19 year old pulling of this Glenn Danzig-type thing.” Shogun has a soul-piercing voice. “He’s a pretty musical guy,” says Shortt. “He’s very intuitive, so his energy and voice just lifted our songs to the next level. It was pretty obvious from the start that he was the only person for this.”

Throughout its seven-year journey, the band has experienced breaks and sustained periods of togetherness, refusing to take on the obligations and constraints of the music industry. “On our hiatus – we needed to take a step back to get some perspective,” explains Shortt. “We don’t want to ever have to feel obliged to play shows. We only want to do certain things when it feels right within the band. That’s why a record will only come out when it’s ready, not when it’s the ideal time for it to come out.”

New album High is a collection of songs written and recorded by the band over the past few years – an apt representation of the band’s sonic and lyrical evolution. “The 7 inch and the first LP took 12 months of fucking around to get right,” says Shortt, “and the way that * High* has been done is nothing new.” While still channeling the furor, soulfulness and melodic genius of its debut LP, on * High* the band has gravitated towards a cleaner approach, experimenting with different vocal and instrumental treatments. “Over time we’ve been lumped in with the garage-rock thing, but I’d like to think there’s a lot more to this band than that,” says Shortt.

Without any sort of manager or agent, the band has always maintained a hands-on, democratic approach to business matters. “We’re very lucky that we have the freedom to not play a certain quota of shows per month,” says Shortt. “We can still keep control, which is important for us. It means that we don’t have to answer to anyone.”

New album High is available on LP, CD and digitally through What’s Your Rupture from August 21.