If you’re going to stay up late for the FIFA final, you may as well go somewhere decent. 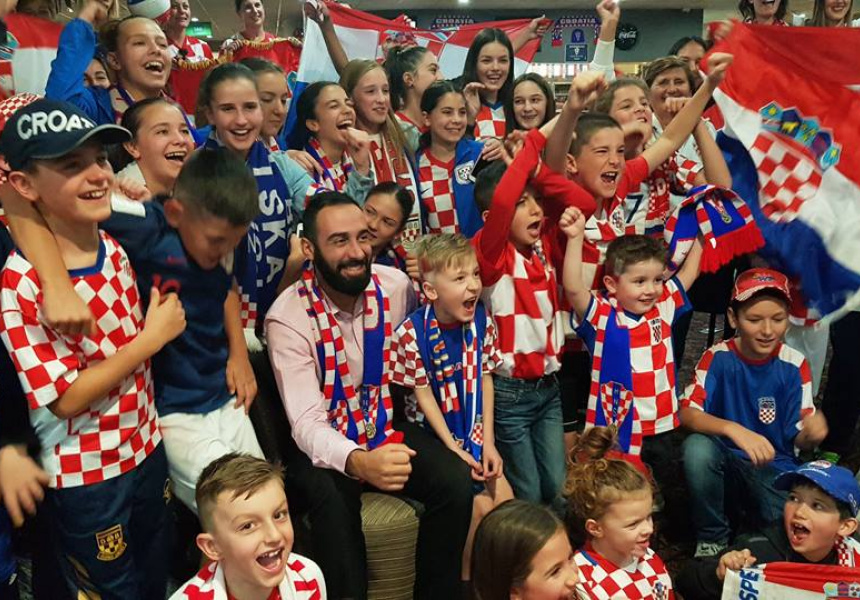 The Keg and Brew

This Monday morning at 1am, Sydneysiders will forgo their nightly sleep to catch the epic Croatia verse France FIFA World Cup Final. And with it being Croatia’s first time to reach this milestone, it’s likely to be loud.

Here’s where you should go to watch it all unfold.

Club Punchbowl
This Croatian community club is set to go off on World Cup night – the club is open from Sunday until the final match whistle blows early Monday morning. It’s also throwing in some live entertainment on the night.
More information.

King Tom Croatian Club
This social club is the beating heart of Croatian culture in western Sydney. It’s open from 5pm on Sunday, and showing the grand match on a massive LED display (and plenty more TV screens throughout the venue). If the semi-final is anything to go by, the Croatian community will go wild for their homeland team. We don’t recommend showing up in a France jersey.

Civic Hotel
On the rooftop of the Civic Hotel in the Sydney CBD, it’s live and it’s loud. The Civic will be screening the final FIFA match on their cinema screen, and although it’s outdoors, the rooftop is covered, heated and serviced by a fully equipped bar.
More information.

Keg & Brew
Although the Socceroos were kicked out in the group stages, Keg & Brew is still keeping up the patriotism, and serving $6.50 All Star IPAs by the Australian Brewery, which is made in Sydney’s Rouse Hill. During the France vs. Croatia game, it’s continuing this beer deal for punters and spectators.

This craft-beer joint will also be pouring some of Sydney’s best local beers by Young Henrys, Batch Brewing Co and Willie the Boatman. Grab a pint of the good stuff while cheering on your team.
More information.