The Pin: Between Two Cultures

A new website shares stories of being biracial and bicultural in Australia. 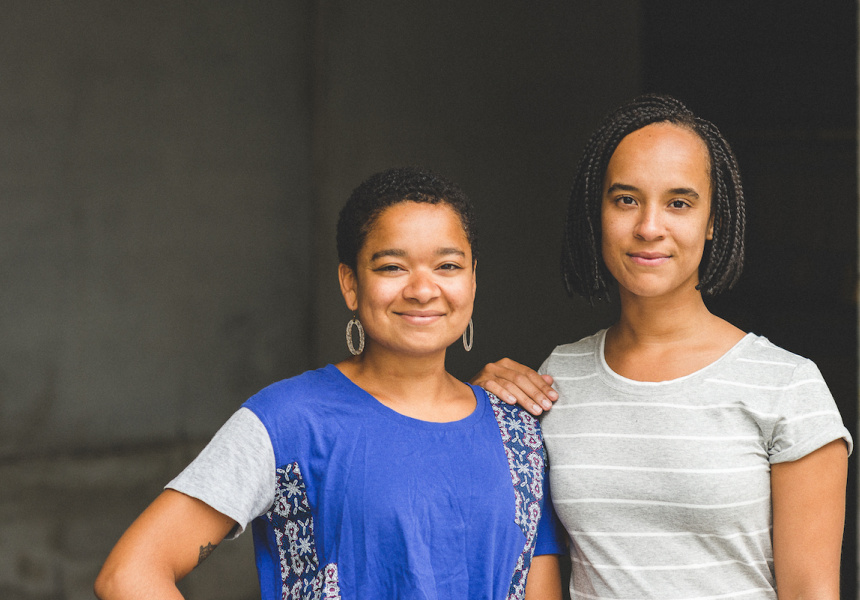 Sometimes you don’t know what you’ve been missing until you find it. That’s the feeling Nkechi Anele experienced in her twenties when she met other people of biracial backgrounds who made her feel “somewhat normal”.

Anele is most recognisable as the lead singer of Melbourne soul band Saskwatch. This week, with close friend Lucie Cutting, she’s launching The Pin, a website dedicated to sharing stories of biracial and bicultural Australians.

“Meeting Lucie was a good example of meeting someone that you can talk to and don’t have to explain why you feel a certain way, because of the two cultures or races you come from,” Anele explains. “We want other people to have that experience, to find a safe space to talk about their point of view.”

Cutting and Anele met four years ago working in a library at Deakin University. Midway through a discussion they realised they were both part Nigerian and part Anglo-Australian. “We didn’t actually recognise that in each other from how we looked,” Anele says. “It came out in a conversation about hair.”

The idea for the website came about when Cutting moved from Melbourne to Tasmania. The duo’s Skype conversations turned to the increasing casual racism Cutting was encountering. “People were regularly saying to Lucie, ‘Wow, you speak English very well’,”. Then Anele read Half and Half, a book of collected essays about biculturalism and biracialism. Anele and Cutting decided to create a platform to discuss similar themes in the Australian context.

Since then they’ve interviewed people such as rapper Remi, television presenter Faustina “Fuzzy” Agolley, actor Uncle Jack Charles, and ordinary Australians from diverse backgrounds who have a lot to say about living across cultures in Australia. Each month follows a different overarching theme. The first up is “mothers”. “Creative industries” will follow.  “A lot of people of colour feel like we’re … not looked at as individuals so much as communities,” Anele says. “If this resource was out there for me as a kid, I would feel like less of an alien. It’s not even always in comparison to white society. Growing up with a Nigerian dad and Anglo-Australian mother, going to Nigerian events, there weren’t many people that looked like me either! It’s nice to have representation of people who don’t fit anywhere and are hard to define.”

One of the most surprising moments during Anele’s research for the website was speaking to members of Melbourne’s Greek and Italian population.

“My assumption going into this was that the European populations who may be third generation here would feel much more a part of Australian society because Australia has embraced their culture. I thought, ‘at least they look white, they probably won’t have many issues with white Australia,’ but actually they’ve felt more like they don’t belong than, say, [some] Sudanese people I’ve spoken to.”

“There’s so many people who relate to being biracial or bicultural in Australia,” Anele says. “We want to pinpoint individuals and individual stories.”

The Pin launches on Thursday May 24.