Out of the Dark

Ahead of his appearance at Oxford Art Factory, we catch up with Phosphorescent’s Matthew Houck to talk about why the latest album was nearly his last. 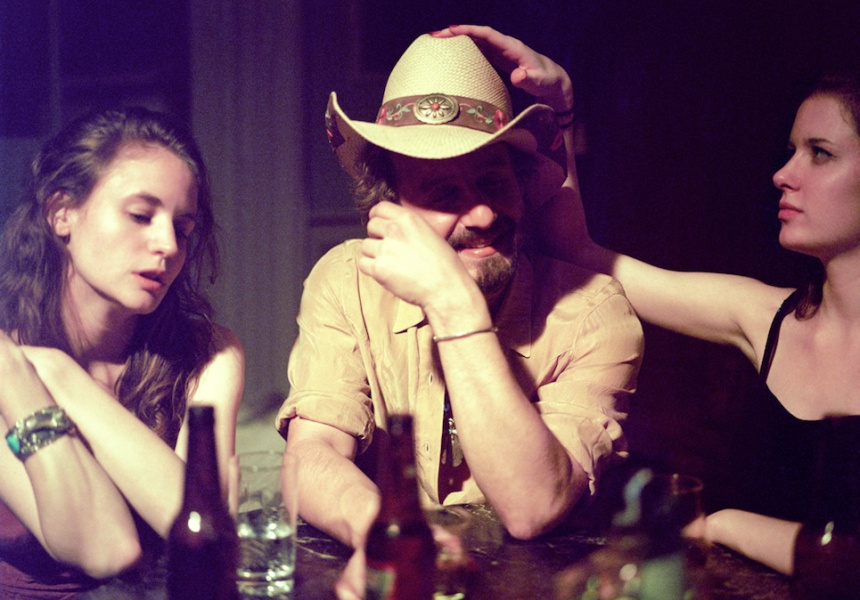 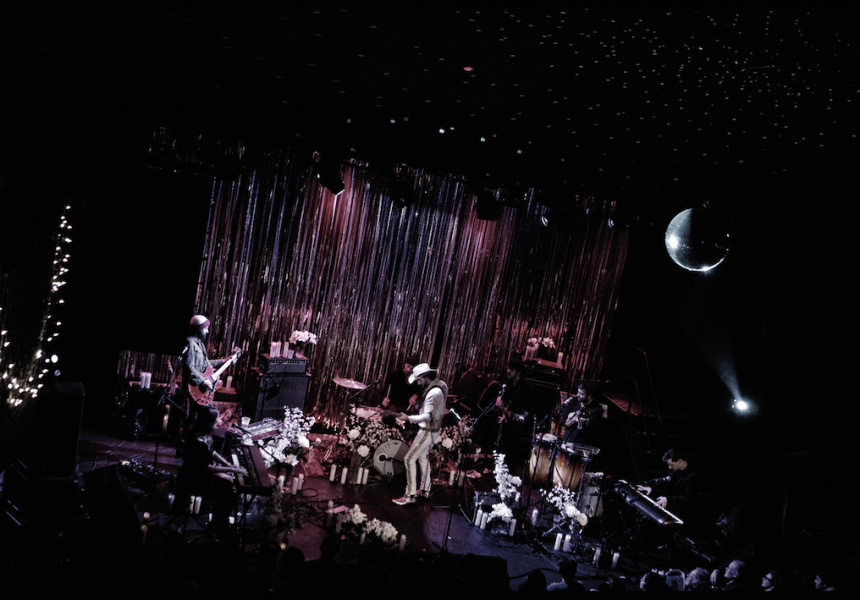 There’s a certain troubadour mystique that has built up around Matthew Houck. He’s routinely depicted in the press as a drinker, a hard-living roadman and Muchacho, Houck’s latest record under the moniker Phosphorescent, is frequently understood as a kind of morning-after recovery record. The grainy album cover photograph of Houck with two partially undressed girls sprawling on a bed is one of joyous, boozy hedonism. In a Pitchfork interview Houck describes it as a, “Messy desperation” and that it shows, “You can be happy when you’re a wreck.”

So is this record about a period of cleaning up?

“I wouldn’t say that,” he says. “A lot of my songs are tied up in this idea of self-discovery and self-repair. I don’t meditate or have an exercise regime. I don’t go to church or anything like that. I have music. That’s what it is for me.”

Muchacho is a record of deliverance, then, with a cathartic, atmospheric sound to match. It’s full of lush string and horn arrangements, sparse electronics and Houck’s burnt-out, sanguine vocal delivery. It’s downbeat, but optimistic. It’s richer, fuller than he’s ever sounded before. The critics love it.

“I just have better gear and better people now,” he says. “It’s less scrappy. Now people are hearing it the way I want them to hear it.”

Two years ago Houck was done touring another album and considering packing it in. The grind of touring had taken a toll on his personal life. He’d been evicted from his New York studio. “I was disillusioned with the whole thing,” he says. “I don’t want to come off as ungrateful or bitchy or whatever, but the record industry is hard. It can be a beautiful thing, but it’s taxing.”

Houck didn’t pack it in. Instead, he bought a solo plane ticket to Mexico, regrouped and wrote the songs that make up what is generally considered the best album of his career.

When I speak to Houck, he is in another period of transition. He’s just come off months of touring across the US and Europe. His audience is growing. He’s had a baby with his partner and bandmate (and Melbourne expat) Jo Schornikow, and he’s making plans to move out of New York City for good.

“Before I was just stumbling around in the dark, not knowing what I was doing,” Houck says, “And maybe I still don’t. But I think each record has been better than the one before it. I just enjoy getting better at this thing. Maybe if I make one worse than the one before, then I’ll take a break.”

But for now, Houck is content with the cycle of recording and touring.

“Right now, it’s good. I’m sure it’ll get more complicated when the kid gets older. But I really enjoy the way that cycle works. I enjoy the dichotomy of this life.”