“The People’s Pervert” John Waters Is Coming to Sydney

Opera House head of talk and ideas Edwina Throsby hopes the audience “will need to suppress a vomit” during his reveal-all talk. 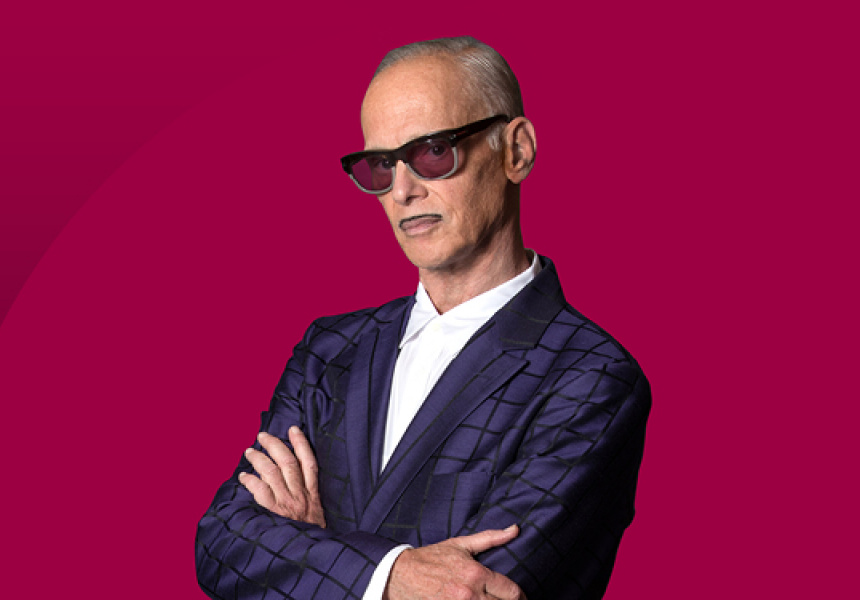 Vomit bags at the ready. Transgressive septuagenarian filmmaker John Waters – the self-proclaimed “Pope of Trash” – will visit Sydney in October. The salty auteur will appear at the Opera House to regale audiences with his hilarious, left-of-centre opinions on the state of the world and his obsessions, as well as anecdotes about the stars who have appeared in his cult films, including drag stars Divine and Mink Stole, Kathleen Turner, Johnny Depp and Patty Hearst.

The director is known for his camp, often grotesque films and his championing LGBTQI visibility. His pulpy cult movies include Mondo Trasho (which had its production delayed after Waters and two actors were arrested for indecent exposure) and Pink Flamingo, about the battle to win the title of “filthiest people alive”. In it Divine scooped up and ate dog faeces from a footpath.

Waters’s best-known film is 1988’s Hairspray, which was turned into a Broadway success and remade in 2007 with John Travolta and Zac Efron. He also made Cry-Baby (1990) and Serial Mom (1999). During his 50-year career Waters has also written nine books – the latest of which ties in with this tour and will be published in September. It’s aptly named Mr Known-It-All: The Tarnished Wisdom of a Filth Elder.

“John Waters is a true legend whose unique and distinctive aesthetic has had an immeasurable effect on cinema and queer culture,” says the Opera House’s head of talks and ideas Edwina Throsby. “I have high hopes that the audience for this unmissable talk will laugh, cry, and need to suppress a vomit.”

His show will be called Make Trouble after a commencement address he gave to the Rhode Island School of Design that went viral. He later released a book of the same name based on the speech. In the lecture he said he was proud the media has called him “the prince of puke” and “the people’s pervert”.