For the Past 50 Years, Couples Have Been Wed at Kings Cross’s Wayside Chapel – A New Play Tells Their Stories

“People think of the Wayside Chapel as a place that does incredible work with the homeless, which of course it does,” says Wayside Bride’s playwright. “But it actually does weddings and christenings and funerals and all the other things that conventional churches do.” 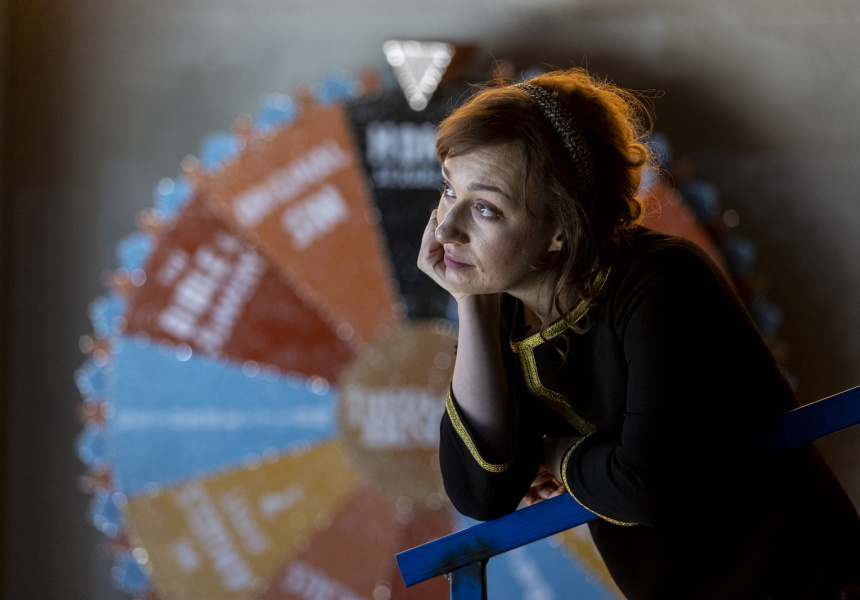 Wayside Bride, a new play by Australian playwright Alana Valentine (Run Rabbit Run), has opened at Surry Hills’ Belvoir St Theatre. The play, an oral history of the Wayside Chapel, tells the stories of dozens of couples who have been married at the iconic Kings Cross venue over the past 50 years.

“People think of the Wayside Chapel as a place that does incredible work with the homeless, which of course it does,” Valentine tells Broadsheet. “But it actually does weddings and christenings and funerals and all the other things that conventional churches do. I had a couple of brides say that people thought they were getting married at a homeless shelter.”

The play was commissioned and developed by Belvoir with the assistance of Wayside Chapel, the Noffs Foundation and the City of Sydney. Valentine put a call-out for people who had been married at Wayside, believing that “everyone has their own story about the chapel”. For Valentine, the connection was personal, too.

“My mother was married there,” she says. “She was a divorcee at the time and I was the child of her first marriage. At first, writing the play was a way of connecting with something in my mother’s past that I hadn’t had the chance to ask her about. She has been dead for a long time now. But once I started speaking to all the Wayside brides and grooms who knew Ted Noffs it opened up a snapshot of an incredibly bohemian and radical time that I felt we needed to celebrate.”

Noffs, the minister who founded Wayside Chapel in the mid-’60s, was known for his socially inclusive approach to the ministry, and for his work with those experiencing homelessness, drug addiction and mental health issues.

The chapel wed couples that other venues and ministers wouldn’t – whether because they were interracial or interfaith marriages, or because they’d previously been married. Valentine believes these stories continue to be relevant today.

“The play shows how the church charged Ted with heresy for some of the beliefs we now take for granted. And some of those beliefs actually haven’t changed in the mainstream churches. As a lesbian I still can’t get married in a number of churches … So things have changed in some ways. But in others, they haven’t.”

Wayside Bride marks Belvoir’s first-ever repertory season (two plays featuring the same cast and the same set, in alternating performances), alongside Caryl Churchill’s 1976 classic Light Shining in Buckinghamshire (set in 1649, during the English Civil War). Both productions showcase the work of strong female writers. And while Churchill’s play is set in England in the 17th century and Valentine’s in Sydney in the 1970s, Valentine says “they are both about people pushing aside religiosity and institutions to try to somehow renew their sense of faith and spiritual integrity”.

Wayside Bride runs at Belvoir St Theatre until May 29.