A new Australian film depicts a surreal world where murder is a child’s errand. 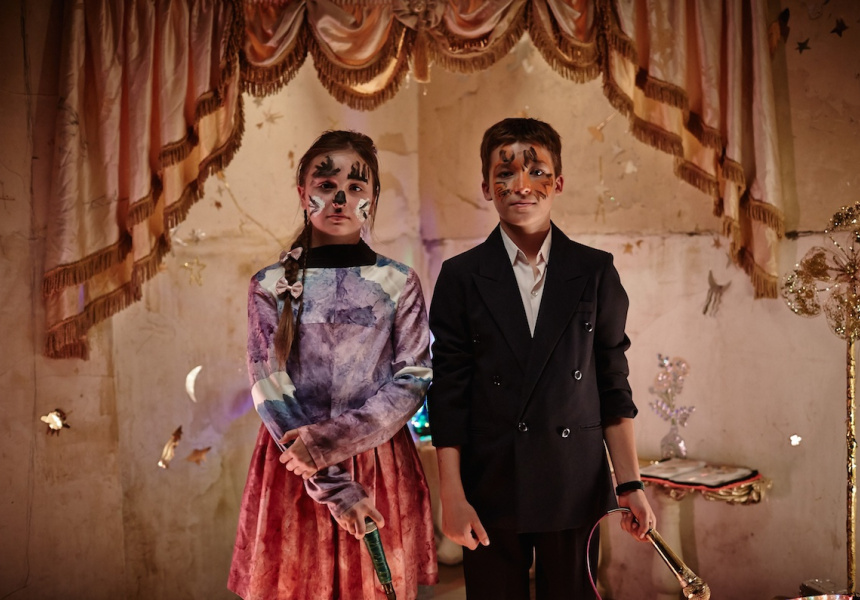 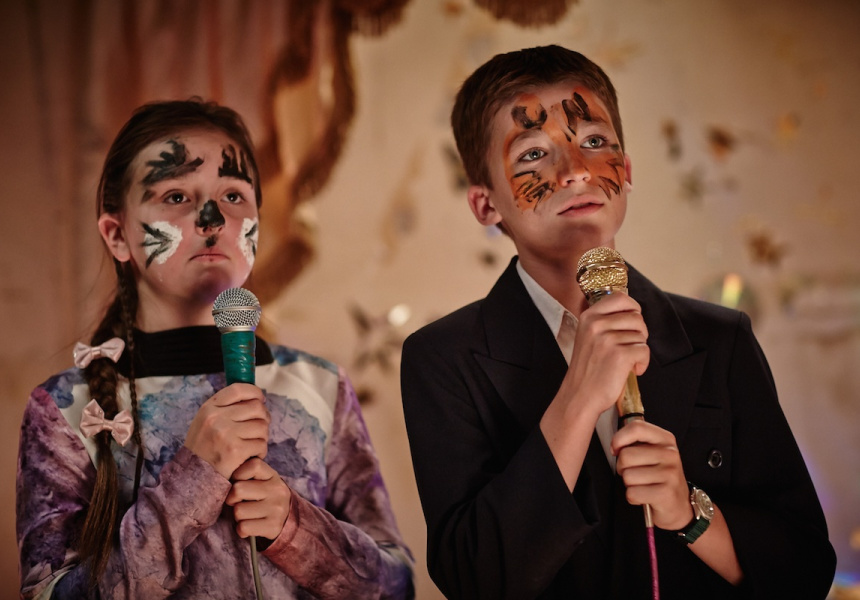 Shortly after his 11th birthday, Alexander executes a man. He retreats on a getaway bicycle and returns home to a bunker-like compound for karaoke and facepainting with the other kids. Gregori, their cult leader, father figure and party MC, urges discipline. “If we don’t follow the rules,” he says, “we’ll end up like them.”

This is Partisan, starring Vincent Kassel, a surreal and gripping new film from Melbourne director Ariel Kleiman. Shot between rural Victoria and Eastern Europe, it’s unlike any other Australian film you’ve seen. We caught up with Kleiman ahead of the film’s Australian release last week.

Broadsheet: Partisan is set in this amalgamation of places. Is it supposed to be set nowhere, no time?

Ariel Kleiman: Exactly. While we were writing we called it a “nowhere land”. In my short films I’d been on this track of telling lyrical, mythic stories. So it naturally became set in this nowhere land.

The idea for the film came from reading an article about the child-assassin trade in Colombia. A journalist was interviewing these kids, and I was incredibly disturbed by it. They’re so innocent. They had a sense of pride in what they were doing, because they were providing for their mothers. They were talking about it like they were doing algebra or something. That’s the level of emotion they had about it. I wasn’t the right person to tell that story about Columbia. Once we’d stripped the socio-economic and political factors away, we were left with a story about humans.

BS: And the cult element?

AK: That came logically. We started thinking about this man who was forcing them to do it. Maybe it’s because I was a fan of Oliver Twist when I was growing up. It was also inspired by (Colombian drug lord) Pablo Escobar, who supposedly surrounded himself with single mothers on his compound. It was never specifically cults that we were thinking of. To me cults revolve around religion. We were more interested in telling something like a Pied Piper story.

BS: That’s interesting. Gregori is an incredibly friendly cult leader. He’s a positive role model for them in a lot of ways.

AK: Exactly. We wrote the character from a place of love. He genuinely wants to give these kids everything he never had. Throughout the film he’s kind of living out his fantasy childhood. He’s a boy who never grew up. There’s a genuinely tender and loving side to Gregori, and those are some of my favourite bits of Vincent’s performance.

BS: The film stars Vincent Cassel, and has a really striking soundtrack by Jarvis Cocker, Metronomy, Sebastian Tellier and others. For a small film, these are some big draws. Did you just … ask?

AK: I guess it just starts with a dream. You have to put it out into the world. As far as Vincent goes, I was trying to write a meaty, cool role that would be exciting for an actor to play. It wasn’t easy to get Vincent’s attention at first, but then he really connected with the story and the character.

At the script stage we knew the film would have these karaoke set pieces in which the kids would express their emotions through song, and we wanted to create these number-one hit songs you’ve never heard of. That was the brief, and I literally made a list of my favourite artists and reached out to them.

BS: Australian films often come with an inclination towards depicting a uniquely Australian story, or portraying “Australian identity”. Did you ever feel obliged to be “Australian” in your approach?

AK: I’ve never felt obliged, no. I grew up in Melbourne, and I’ve made all of my short films there. It’s a strong part of my identity. But for some reason the stories I tell have a certain kind of lyricism or melodrama that doesn’t feel like the way Australians express themselves. The dialogue I write … I just can’t picture Australians speaking like that. My parents are Russian, and I’m the first generation born in Australia, so I guess that’s in my blood. It’s not that I don’t want to make films that are specifically Australian, but I didn’t want Partisan to be specifically anything. I hope it can connect with Australian audiences as much as it can connect with audiences in Korea or Japan or anywhere.

Partisan is in cinemas now.