To fully embrace the outdoor cinema experience this summer, it's a good idea to see films that get a little wild. Here's our pick. 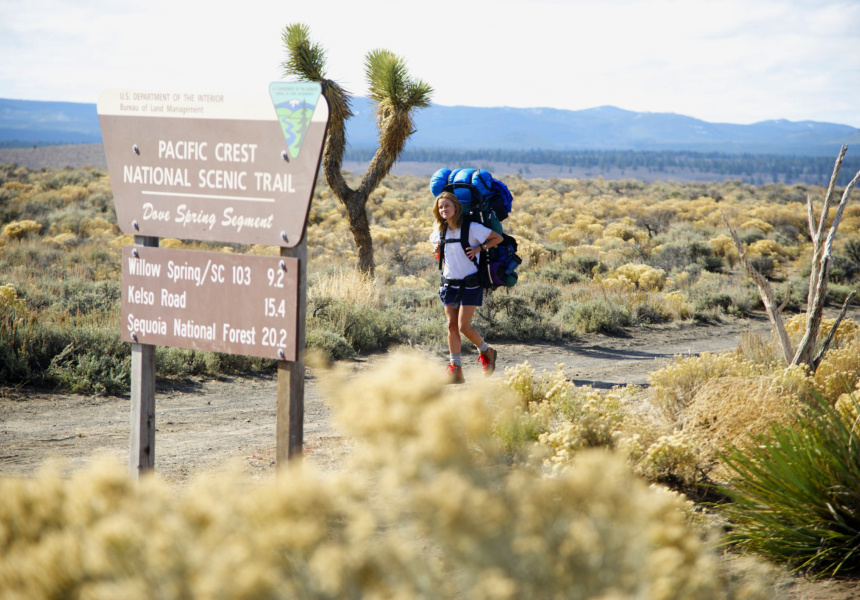 Eternal Sunshine Of The Spotless Mind The Hobbit: The Battle Of The Five Armies

Sydney is a land of wild weather and while the perfect summer’s evening might be spent watching cinema under the stars, in reality you could find the heavens opening on you instead. So why not embrace it?

The Ben & Jerry’s Openair cinema
Ben & Jerry’s Openair Cinemas returns to Bondi this year between January 22 and March 1 with a prime spot on Dolphin Lawn overlooking the beach. Of course there will be ice cream; and it’s free on Sundays . And there will be music in the daytime, with acts including Sydney’s All Our Exes Live in Texas and Melbourne’s Husky. Come nightfall the big screen will light up with a selection of mostly newly released movies, as well as a handful of older gems.

These gems include Eternal Sunshine of the Spotless Mind screening on Tuesday February 3. Lasting impressions of Michel Gondry’s modern cult classic are of wide expanses of wintry American landscape: the grey beach at Montauk or a frozen lake. Even Beck’s version of Everybody's Got to Learn Sometime playing as the credits roll feels spacious and cold.

Moonlight Cinema
Moonlight Cinema runs for four months in the Belvedere Amphitheatre in Centennial Park and is popular with moviegoers of all persuasions. Out of 40 films, this year’s program features 21 advanced screenings including Wild on Tuesday January 20.

Reese Witherspoon plays Cheryl Strayed in the true story of a woman who hiked more than a thousand miles of the Pacific Crest Trail alone after the death of her mother. A wilderness adventure film that is inspiring and heartbreaking.

Or check out Interstellar on Sunday December 28. Crop blights, the end of the planet as we know it and space: it doesn’t get much more elemental than that. Watch Christopher Nolan’s latest blockbuster while contemplating the sky above you.

St. George OpenAir Cinema
The screen of the St. George OpenAir Cinema is raised three storeys above Sydney Harbour, its backdrop taking in the Harbour Bridge and the Opera House. This year’s program offers an eclectic mix to enjoy with your view, including many premier screenings such as The Theory of Everything,Birdman and Unbroken.

And in case you haven’t seen it enough already, catch Priscilla Queen of the Desert on Monday January 26, when the flamboyance of Anthony, Adam and Bernadette is juxtaposed against the harshness of the desert.

Movies in the Park
Movies in the Park offers a Saturday night on the house with its free outdoor movie screening in Strathfield Park. Its family friendly bill includes Tracks, starring Mia Wasikowska, on Saturday January 24.

Perhaps this is what you get when you cross Wild with Priscilla Queen of the Desert: the true story of Robyn Davidson’s 1,7000 kilometre trek across the desert – from Alice Springs to the Indian Ocean – with only camels and a dog for company. Admire Australia’s wild expanse in all its glory.

The Movies in the Park season runs until April.
strathfieldmovies.com.au

Sunset Cinema
The Sunset Cinema season is located on North Sydney’s oval, where the first cricket pitch was laid on December 6, 1867 and an ancient Morton Bay fig tree stands guard. Watch films from the comfort of a white picket fence, from new releases to Grease sing-a-longs and classics such as Top Gun and Dirty Dancing.

Or catch The Hobbit: The Battle of the Five Armies on Saturday January 31. The last in The Hobbit trilogy is darker and more battle-heavy than its predecessors and so if it doesn’t provide enough spectacular scenery to get you booking your next New Zealand trip on its own merit, maybe a recap of its prequels – and its green, rolling hills – will.

The Sunset Cinema season runs from January 22 to March 28.
sunsetcinema.com.au