The Triple J newsreader is just like any other. With one big difference. 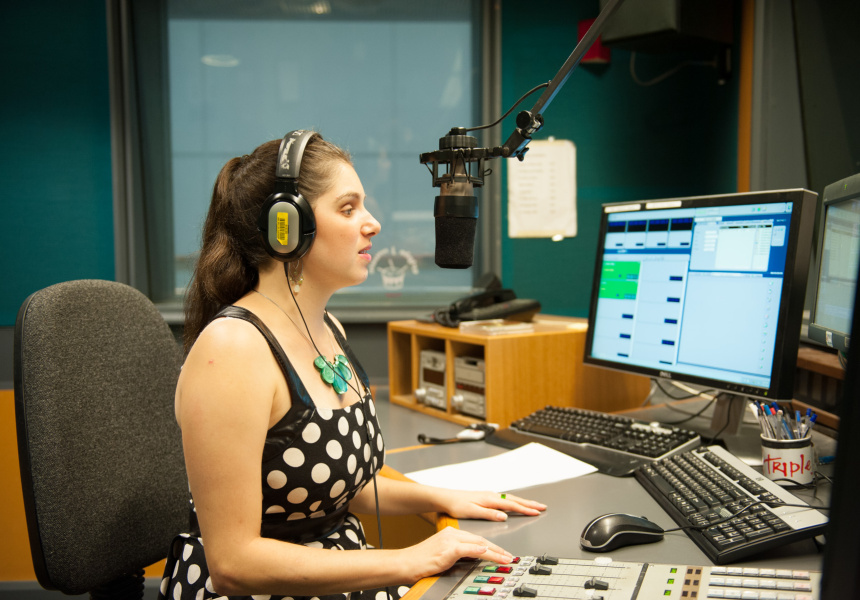 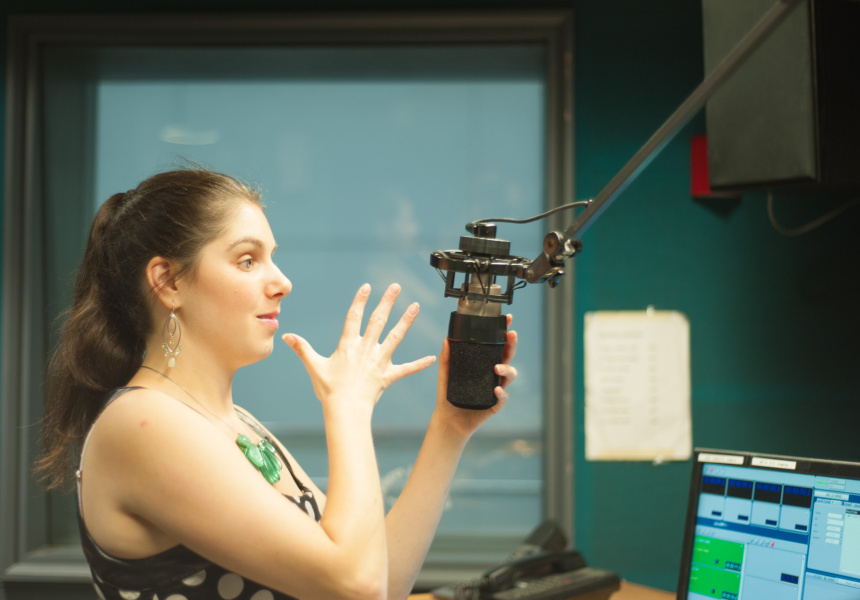 Anyone who’s listened to Triple J will be familiar with the authoritative tones of newsreader Nas Campanella. What few people will be aware of, however, is that Campanella is blind.

The 26-year-old Sydneysider has been blind since she was six months old, when a rare abnormality caused the retinas to tear away from her eyes, leaving her able to see shadows and some light, but little else.

Campanella has never let her disability get in the way of her determination to be a journalist, although her challenges are greater than most.

In addition to not being able to see, Campanella suffers from a genetic disease called, Charcot-Marie-Tooth. As a result she has a near-total lack of sensitivity in her fingertips and hands, meaning she can’t read braille. Is it related to her visual disability? “Apparently not,” she says, with a wry laugh.

Instead she uses audio books and had HSC books translated into electronic text. A lover of music, radio and writing, she decided on a career in journalism at a young age. She was further convinced after volunteering with community radio. After graduating from UTS with a Bachelor of Communications she landed a number of interviews but was dismayed at the response some had to her disability.

“I guess not a lot of people have met people with disabilities, and not a lot of people are open-minded about what they’re capable of,” she says. “So I think they were quite taken aback when someone with no sight walked into their office and said, ‘I want a job, this is what I can do.’”

Campanella says narrow-minded employers aren’t always to blame, pointing out there’s not enough existing information about the assistance available to help employees with disabilities. “A lot of them don’t ask the question. It’s [a case of] too-hard basket, basically.”

Not so the ABC, which offered her a cadetship in 2011 which she followed up with a year of regional reporting and news reading in Bega before returning to Triple J full time in early 2013.

Visiting Campanella in her ABC studio it becomes clear what she contends with to bring us the news each day.

Her first job is to scour the digital news wire for appropriate stories and breaking news, which is constantly uploaded from the ABC’s state, national and international correspondents. She relies on a speech program called Jaws, an electronic voice that reads what she’s typing.

Her studio is equipped with strategically placed Velcro patches – she operates her own panel – so she can recognise which buttons to push to air news grabs and mute or activate her mic. While she’s reading on air, that same electronic voice reads her copy down her headphones which she repeats a nanosecond later. In another ear the talking clock lets her know how much time she has left. The sound of her own voice is audible over the top of it all.

Campanella says one of the hardest parts of her job is dealing with the incorrect translation the electronic voice often delivers. “You can opt for a male or female voice, faster or slower but it’s hard because the pronunciation is often dodgy,” she says. “He often says stuff wrong – such as ‘Wag-a Wag-a’ for Wagga Wagga or ‘Coe-barney’ for Cobain. I often stumble on cricketers’ and sportspeople’s names.”

Interestingly Campanella says it’s her ears, not brain, that get tired. “If I’ve read five days in a row I’ll often go home and need some quiet time. I live in a share-house with four others and often they want to chat, but I’ll say, ‘I can’t do this right now’ and just go into my room and they are always really good about it.”

While Campanella never anticipated reaching her dream job at such a young age she still sees travel writing in her future. “It’s so easy for people to say, ‘But you can’t see so you don’t know what the scenery is like’. There’s so much more to explore in travel writing apart from the way things look. I have a whole different perspective on travelling that involves deeper exploration into what the people are like, the smells, the terrain, people’s explanations and the food.”

She returned recently from a trip to Cambodia, Laos and Vietnam where she went elephant riding, trekking in the jungle and swam in natural waterfalls.

Campanella is regularly asked to give motivational speeches (which she enjoys), particularly to families with children with disabilities. She is a reminder of how important it is for parents to treat them as ordinary people. “I’ve been living out of home a long time now, working, doing what normal people do,” she says.

It comes as a surprise when people refer to her as inspirational. “I guess I often forget that people find it impressive that someone’s reading the news who can’t see. You just get up and do what you do, so it’s nice to hear people get something out of it.”