It’ll make you laugh (and cry) about the horrors of renting in Sydney – from kitchen toilets to attic bedrooms. It’s premiering at Sydney Film Festival this month. “Eviction” is never a word any Sydney renter wants to hear, because it only means one thing: the painstaking search for a new home with affordable rent starts all over again. For Rowan Devereux and his housemates, that scenario played out three times in three years.

This experience, along with hearing similar rental horror stories from people at a party he went to, was enough to inspire the writer and director’s first feature film, Evicted! A Modern Romance, a commentary on how millennials grow up being fed the Great Australian Dream of owning their own home, but instead find themselves caught up in the horrors of Sydney’s relentless rental market.

The heartfelt comedy, which is premiering at the Sydney Film Festival this month, follows the story of four desperate millennial housemates – played by Amanda Maple-Brown, Will Suen, Rose Haining and Clare Cavanagh – who are confronted with finding a new rental in the inner west after being told they’re being evicted from their long-term share house.

She explains that while Evicted doesn’t contain any of the violent scenes of Pulp Fiction, it borrows the structure of the classic film. “Because we’ve got an ensemble cast, we go into different chapters of each of their storylines – and there are different characters in each of those storylines – and kind of connect them all up at the end, which is quite Pulp Fiction-esque.”

During their rental search, the housemates encounter a kitchen toilet (exactly what it sounds like), a bedroom attic accessed via rope ladder and an allegedly haunted house, alongside unlikely friendships, endless mishaps and hook-ups gone wrong.

Both Devereux and Saville – who used crowdfunding and their own savings to finance the movie, which was shot in the inner west – say some of the scenes are rooted in their own lived experiences or those of their friends.

“The amount of times I’ve walked into a house inspection and someone is still sleeping in the bed … [or] I remember when I wrote the scene about the kitchen toilet and thought, ‘This isn’t real’, and then I actually looked at this townhouse in Stanmore and … there was the kitchen, the oven and to the left was the pantry. I opened the pantry and it was a second toilet,” Devereux says.

Devereux adds that despite the transient nature of rental housing, those who live in rentals do become attached to them. “It comes back to the Australian dream of owning your own house … and it comes back to Maggie’s [Maple-Brown’s character] love for her home even though she’s renting – it’s not hers – but she’s been there eight, 10 years and she feels that kind of love for it.” 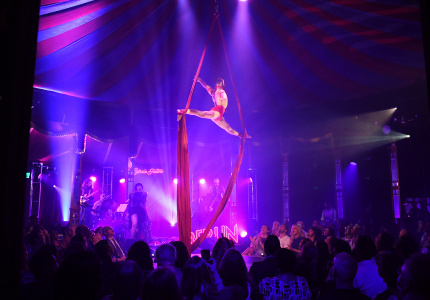