Muriel’s Not So Terrible After All

The much-hyped musical adaptation of PJ Hogan’s award-winning Sydney film is a hit on all fronts. 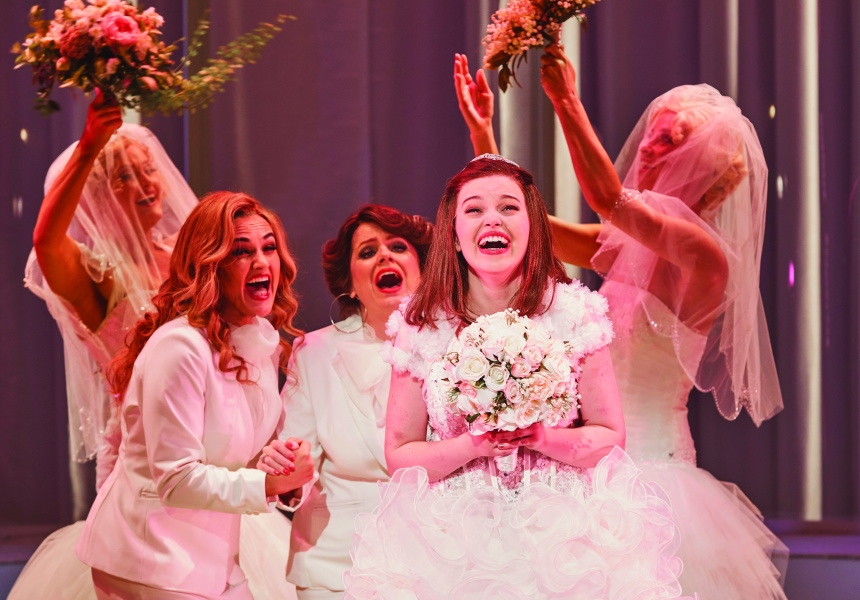 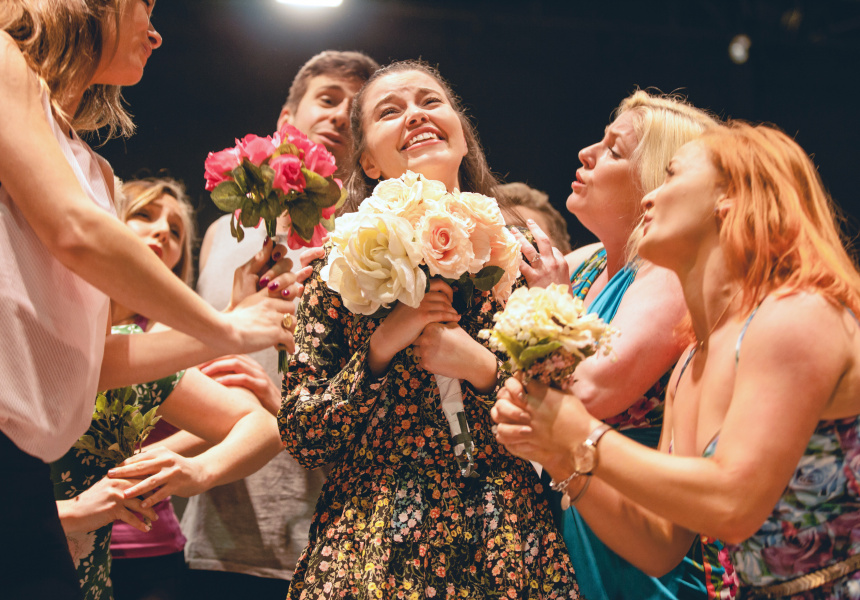 It’s one thing to deal with opening-night nerves when you’re a performer, but when you’re sitting in the audience as someone else performs your work, it is another scenario altogether.

Singer-songwriter Kate Miller-Heidke and her musical collaborator husband Keir Nuttall spent much of the opening night of Muriel’s Wedding The Musical watching their fellow audience members’ reactions to the 21 original songs they wrote for the show as it was being performed on stage before them.

It is fair to say they were overwhelmed by what they saw.

“We know that we love the show and we love the characters, but to see them come to life in a way that’s so clearly affecting people in the crowd is such a thrilling thing, and the reactions to the songs have been particularly gratifying,” says Miller-Heidke.

“It’s a particular favourite of ours to watch people cry during our ballads,” adds Nuttall.

Most people of a certain age would be familiar with the story of Muriel Heslop, who moves to Sydney to escape her miserable existence in the delightfully named Porpoise Spit where her so-called friends despise her and her philandering father leads her mother to a nervous breakdown. Muriel uses the music of ABBA to escape the reality of her life, and dreams of one day having a big, white wedding.

When Miller-Heidke and Nuttall were approached to work on the musical adaptation they didn’t think twice.

“It was during the Sydney season of The Rabbits [the 2016 Sydney Festival production Miller-Heidke co-wrote and starred in], and instantly we knew it was a dream project. I really, really wanted it badly,” says the ARIA nominated former opera-singer-turned-pop-star-turned-actress.

While musical adaptations of cult Australian films haven’t always fared well, it seems the hype preceding the stage adaptation of PJ Hogan’s beloved 1994 film is justified; everyone from reviewers to audience members have been enthusiastic.

A key part of its success has been the impressive cast and crew, some of whom have been working on the production almost two years. A BAFTA award-nominated screenwriter, Hogan found success with The Dressmaker and My Best Friend’s Wedding, among others, and agreed to the stage adaptation on the condition he could transport Muriel to 2017. He was convinced her character would have been social-media devotee.

But a musical is only as good as its songs and Miller-Heidke and Nuttall’s score is a highlight. The pair workshops ideas around what Miller-Heidke refers to as ‘the ABBA problem’, ultimately setting their music and textures in direct contrast to the dreamy, nostalgic musical space in which ABBA’s music is performed. “Our music is firmly rooted in a very modern pop-music aesthetic,” she says.

Were they nervous about being compared to such a famous band? “Having any song compared to Waterloo is obviously a bit intimidating, and no one has said our music sucks next to ABBA, which is incredible,” says Nuttall.

Like the film and the stage adaptation, the music is unashamedly Australian, liberally sprinkled with lyrics that reference cricket, burger rings and boobs. And this is partly the reason for its success.

“I think people seem to be noticing how unapologetically Australian it is; and that they’ve never seen a musical that doesn’t shy away from the vernacular. To see themselves reflected back in musical form is fairly rare,” says Miller-Heidke. “But the characters and the story – ultimately that’s the ace card.”

In addition to spending the past couple of years working on Muriel’s Wedding and raising her now-17-month-old son Ernie, Miller-Heidke has been performing a suite of her songs with state symphony orchestras, earning the 2017 Helpmann Award for best Australian contemporary concert.

She has recently announced a series of regional, metro and festival shows for 2018, accompanied by a string quartet. She’ll perform songs from The Rabbits and hopefully one or two numbers from Muriel’s Wedding.

Muriel’s Wedding the Musical will play at the Roslyn Packer Theatre, Walsh Bay until January 27.