At the Movies: Five Films to See Right Now

Dancing! Divorce! Bringing down capitalism! It’s a whirlwind month in the cinema. 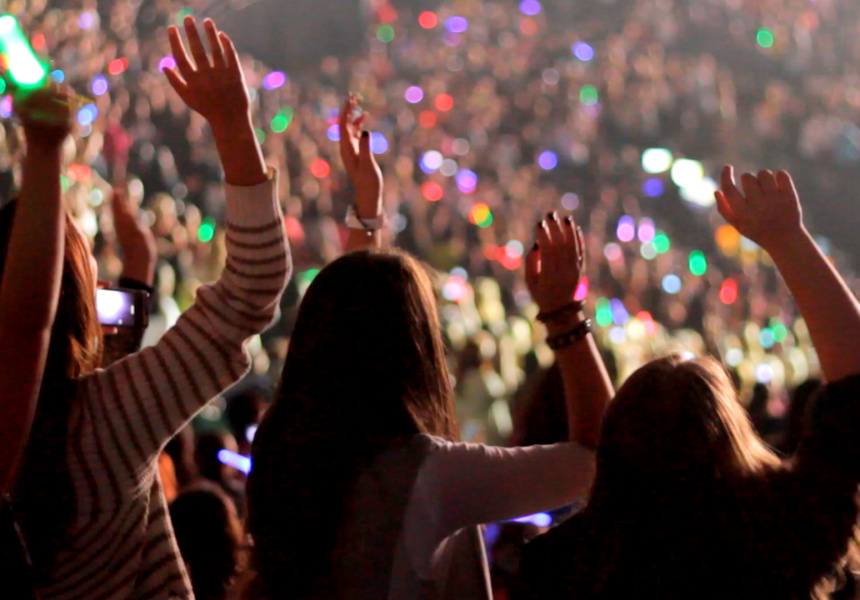 Photography: Courtesy of Madman Entertainment
1/12
by Will Cox
Share

Shoplifters
In the forgotten backstreets of present-day Tokyo, a struggling family makes ends meet with part-time work, a little bit of Grandma’s pension and a liberal amount of shoplifting. The family expands when they take in a stray – a five-year-old girl with signs of abuse. She’s introduced to the craft, told about the buddy system and is taught a series of coded hand gestures.

It’s a rare film that shows poverty with compassion and wit without laying it on too thick, but Shoplifters is a simple, sophisticated tale of life in the underbelly of contemporary Japan.

Director Hirokazu Kore-eda keeps things warm and pleasant, but there’s a bitter reality under the surface. He has form telling the stories of people who slip through the system. His 2004 film Nobody Knows, about kids abandoned in an urban apartment, is equally devastating and scathing of how the system neglects the vulnerable. Of course it’s sad, but Kore-eda plays the heartstrings without gratuitously tugging on them.

Shoplifters won the Palme d’Or in Cannes and is without a doubt a masterpiece. If you only see one film this month, it should be this.

Wildlife
1960: Jerry (Jake Gyllenhaal), Jeanette (Carey Mulligan) and their teenage son Joe (Ed Oxenbould) move to a little town in rural Montana. Jerry soon loses his job and, with his pride wounded, volunteers to fight the forest fires raging in the hills. He leaves Jeanette to take up a new job and an affair, and Joe to watch his family disintegrate around him.

Actor Paul Dano’s directorial debut is a slow-burning, understated film about bitterness and dysfunction that gets under the skin. Gyllenhaal and Mulligan are convincing as a couple on their last legs, but it all centres on Oxenbould (a Sydney boy, no less), the steady core around which everything else smoulders.

I saw Wildlife on a date, which you must never do. As the credits rolled and we pulled ourselves together and went back into the world, I was left thinking about old break-ups, and she about her parents’ divorce. Old memories were brought to light and old wounds were picked. We went to a nearby bar and drank in silence.

Sorry to Bother You
Working-class Oakland, California: Cassius “Cash” Green (Lakeith Stanfield, Atlanta) finds gainful employment as a telemarketer, along with girlfriend Detroit (Tessa Thompson) and friend Sal (Jermaine Fowler). But Cash’s career really takes off when he finds his “white voice”, and is able to establish rapport without customers knowing he’s black. But the company he’s working for has some shady, bizarre secrets, and he soon finds himself compromising his values and selling out his friends.

Like Get Out and BlackKklansman, Sorry to Bother You starts with a premise of a person of colour butting against a white world in which blackness is expected to be hidden away. So far, so zeitgeist-y.

But director Boots Riley isn’t just out for race, he wants to burn down the whole system. Before long, it’s an anti-capitalist treatise built on satire and rage, with a serious message: that the disenfranchised and exhausted working class are sleepwalking into slave labour. The fact it sells that message in the guise of such a fun, wildly stylish and frequently absurd movie is a powerful ruse.

Sorry to Bother You is in cinemas from November 29.

I Used to Be Normal: A Boyband Fangirl Story
In the middle of this funny, moving documentary about women with boy-band obsessions, the formula of the film’s own irrepressible subject is analysed on a whiteboard. Boy bands are a mix of easy-to-love pop and non-threatening sexuality, built from a mix of personality types. There’s the bad boy, the cute one, the sensible one, and so on, arranged artfully into a combination of dynamic dance moves and sculpted facial hair. The songs are about love, fun and heartbreak, but never sex in its most explicit form.

It’s not just the formulaic sameness that triggers obsession. The women interviewed in I Used to Be Normal aren’t all shrieking teenagers. One of them is (her fanaticism is aimed at One Direction), but the others devotion ranges from the Beatles, to Take That. All have childhood crushes that won’t die. They discuss adolescence, grief and coming out. Melbourne-based director Jessica Leski’s film is an entertaining and infectious look at that adolescent love that refuses to die.

I Used to be Normal is playing at Dendy Newtown and Golden Age.

Suspiria
Berlin, 1977: right next to the wall. Prodigious young dancer Susie (Dakota Johnson) has made the trip from rural Ohio to audition for the prestigious Markos Dance Academy, led by the formidable Madame Blanc (Tilda Swinton). But the boarding school is actually a front for something dark and ancient.

The film is made from a selection of the richest ingredients in contemporary cinema. It’s by Luca Guadagnino, director of Call Me By Your Name, and is a remake of Dario Argento’s ’70s avant-garde horror classic Suspiria, with a feminist bent. It’s a recipe for something wonderful. Guadagnino takes the same basic elements as the original, but delves deeper into the horror, the themes of motherhood, and the Cold War setting.

Visually, it’s as lush as you’d expect, full of ecstatic choreography and grotesque surprises. Guadagnino makes films of heightened emotion. As he told me last year, “a great horror movie gives you a relentless, uncompromising emotional experience.” But where the summery Call Me By Your Name dripped with emotion, the wintry Suspria somehow fails to add up to more than the sum of its parts. Maybe it’s too detailed and rich, the bloated backstory and (overplayed) feminist subtext squeezing out the visceral horror. Maybe the camera lingers on each scene for a little bit too long, as if prompting us to dig something out that I’m not convinced is there. A perplexing art-horror misfire.