At the Movies: Five Films to See in September 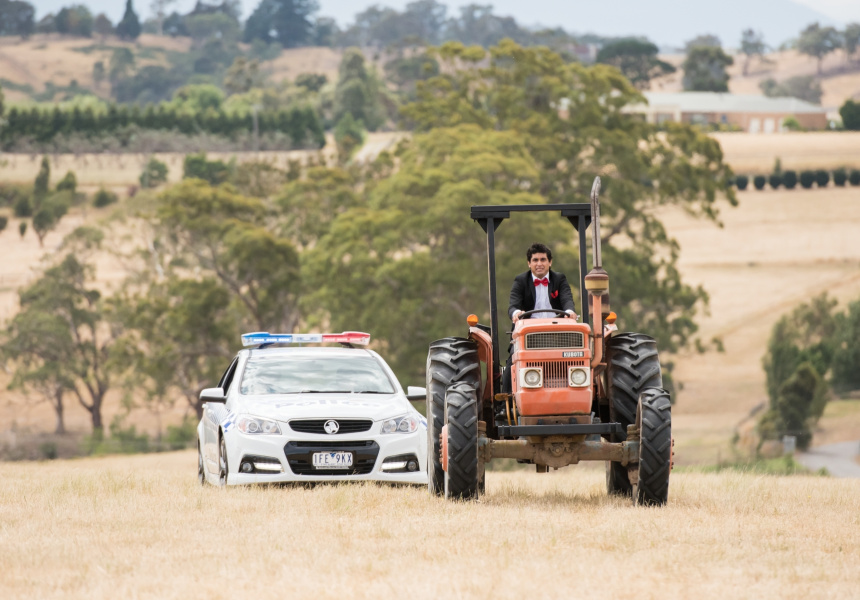 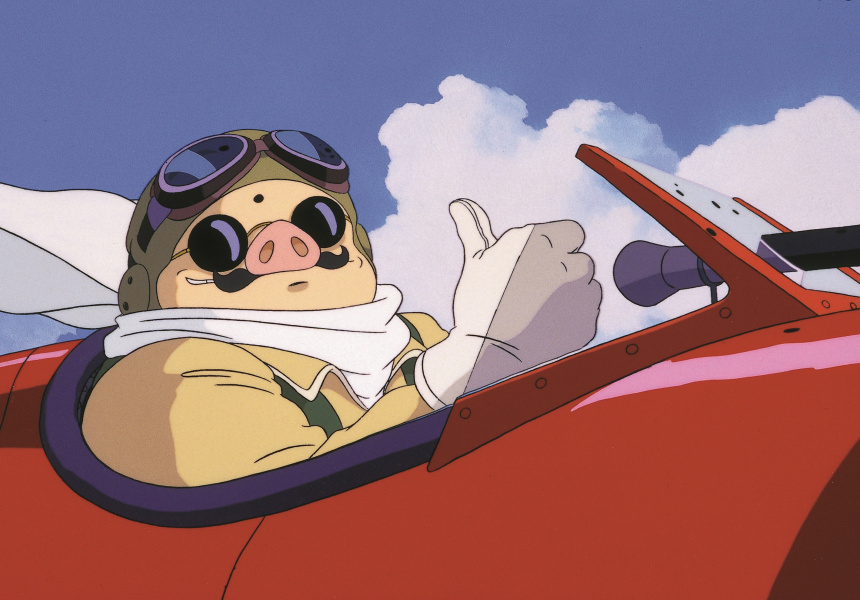 Ali's Wedding
Australia’s first Muslim romantic comedy is here, and it’s is a breath of fresh air. Osamah Sami – on whose memoir the film is based – plays Ali, a bit of a fuck-up. He’s under pressure from his father to become a doctor, so he lies about being accepted to the University of Melbourne and keeps up the pretense for a year. Meanwhile, he accidentally agrees to an arranged marriage, and subsequently falls in love with the wrong person (Helana Sawires). He lies to cover up mistakes, which only compounds them into deeper lies. This is the debut film from director Jeffrey Walker, but it’s not his first rodeo – he’s been in the film industry since he played Bronson in Round the Twist. He handles the material like a Working Title comedy (the British studio that brought us Love Actually, High Fidelity and Bridget Jones’s Diary). It leans heavily on certain rom-come clichés: the awkward meet-cute; the tumultuous early days; the obstacles; the mad chase to the airport. But that’s what we want from a rom-com. In this case, it’s about applying the familiar tropes to Melbourne’s Muslim community. The film’s best bits emerge from the clash between the cultural freedoms of a first-generation Australian and the expectations of his tradition-focused community. Lead star Sami also co-wrote the screenplay, which is based on some of the more ludicrous parts of his memoir.
Ali’s Wedding is playing at Randwick Ritz, Palace Norton Street, Chauvel and select Event and Hoyts Cinemas.
Watch the trailer: youtube.com/watch

Killing Ground
Somewhere out bush, a perfectly nice young city couple set up camp by a remote lake. They’re slightly concerned about the abandoned family tent nearby, but otherwise, the weather is lovely. But this is Australia, where everything west of Parramatta is apparently crawling with murderous psychopaths, and they’re soon hunted by two of the region’s finest, played by Aaron Pedersen and Aaron Glenane. Director Damien Power (this is his debut) interweaves different time periods and narratives with care, and there’s something to be said for the building inevitability of the climax as we watch the strands come together. But the problem with Killing Ground is that it treads extremely familiar ground. In the small Australian film industry, any success is instantly cloned until the tropes run dry (remember the endless stream of Aussie battlers sticking it to the man after The Castle?). This one offers a serve of Wolf Creek with a sprinkling of Snowtown, on a bed of Deliverance – so expect city folk being hunted by scary outback bastards, with a liberal amount of sexual violence. The result is more discomfort and weariness than fear.
Killing Ground is playing at Palace Norton Street and Event Cinemas Liverpool.
Watch the trailer: youtube.com/watch

I am Not Your Negro
In movies, the civil rights movement is often portrayed in such a way that the audience is allowed to leave the cinema thinking that something, somewhere, was fixed a long time ago. Recent films about the civil rights movement in America, such as Loving and Hidden Figures, highlight historical moments of triumph. I Am Not Your Negro is a reality check – a documentary that bridges the gap between turbulent mid-20th-century America and tumultuous contemporary America, using the prophetic writings of black novelist and essayist James Baldwin as an anchor. In the ’60s, Baldwin lost three friends, all murdered for their outspoken activism and involvement in the civil rights movement: Medgar Evers, Malcolm X and Martin Luther King Jr. For Baldwin, their deaths were a symptom of the treatment of black America, and a news media complicit in racism. The film is narrated by a grave Samuel L Jackson, reading from Baldwin’s unfinished memoir of the civil rights movement, Remember This House. Footage of Baldwin and his three slain friends is intercut with uncompromising footage of racism in effect, then and now. When Baldwin appears in archival footage he speaks with fury and eloquence: an unstoppable moral force. The decades haven’t diluted his message, and sadly, his words are no less relevant.
I Am Not Your Negro is playing at Dendy Newtown and Palace Norton Street from September 11.
Watch the trailer: youtube.com/watch

Mountain
To some, a mountain is just a big rock. To many, including anyone who sees Mountain, the new documentary from director Jennifer Peedom (Sherpa), the lure of a big rock is something approaching a religious experience. This is part documentary, part visual poem: a slow, ponderous and beautiful meditation on the place that the mountain holds in the psyches of those drawn to them. Visually, it’s spectacular. Epic, sweeping cinematography captures the sheer scale of these landscapes, to which ant-like mountaineers cling, whipped by wind and floored by vertigo. The accompanying music – a dramatic score by the Australian Chamber Orchestra – isn’t just window dressing. The film produces a union of sound and vision that few documentaries achieve. The film’s narrator, actor Willem Dafoe, describes mountains as “intimidating and uncontrollable, inspiring in us the heady blend of pleasure and terror, which we came to call the sublime”. The sublime is what you’ve got here.
Mountain is released on September 21 at Dendy Newtown, Randwick Ritz, the Hayden Orpheum and selected Palace Cinemas.
Watch the trailer: youtube.com/watch

Celebrate Studio Ghibli, particularly Grave of the Fireflies (1988)
There’s a Studio Ghibli retrospective in town, which is a great way to revisit the beautiful whimsy of the Japanese animation studio’s best-known films, such as Hayao Miyazaki’s Spirited Away and My Neighbour Totoro. But it’s also an opportunity to see some of the studio’s lesser-known work. Porco Rosso is Miyazaki’s film about a World War One fighter pilot turned mercenary, who is also a pig. Grave of the Fireflies is a devastating war drama that follows Seita and Setsuko, two orphaned children struggling to survive after the American bombing of the Japanese city of Kobe. It might come as a surprise that one of the greatest anti-war films ever made is a Japanese anime, but don’t write it off. It’s a symphony of hand-drawn devastation, from the rain of fire that engulfs the streets, to the kids’ descent into poverty, punctuated by moments of moving sweetness as older brother Seita tries to shield his sister from the worst of their fates. Unmissable.
Celebrate Studio Ghibli is playing at Hayden Orpheum, Dendy Newtown and select Hoyts and Event Cinemas.
Grave of the Fireflies is playing at Dendy Newtown on September 9 and 20.
studioghibli.com.au/celebratestudioghibli
Watch the trailer: youtube.com