At the Movies: Five Films to See in October

A biopic of a gay icon, a 1920s war blockbuster, and Harrison Ford hunting replicants. Here’s the month in film. 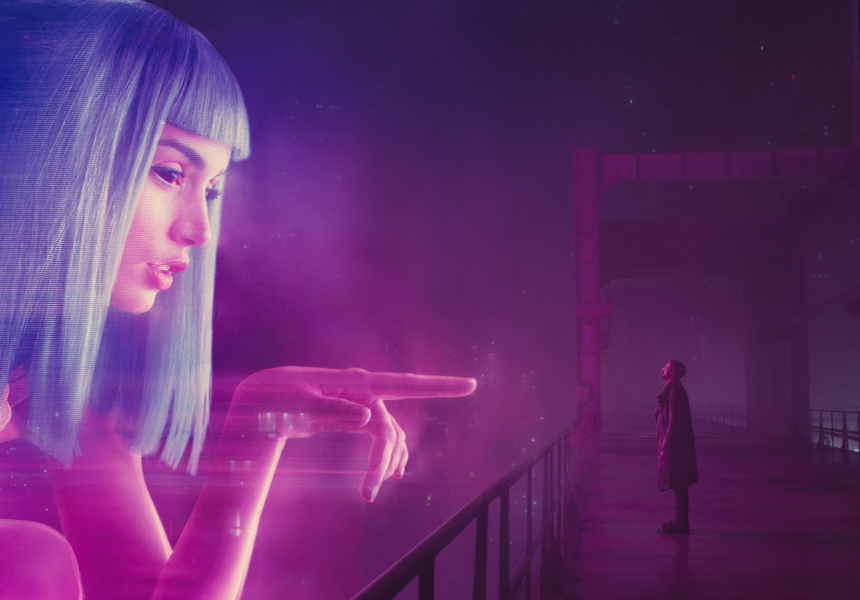 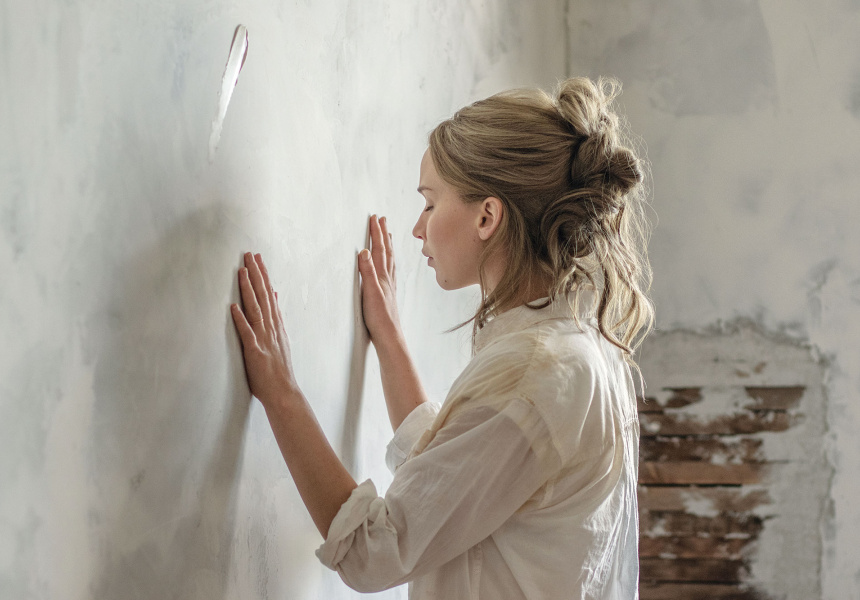 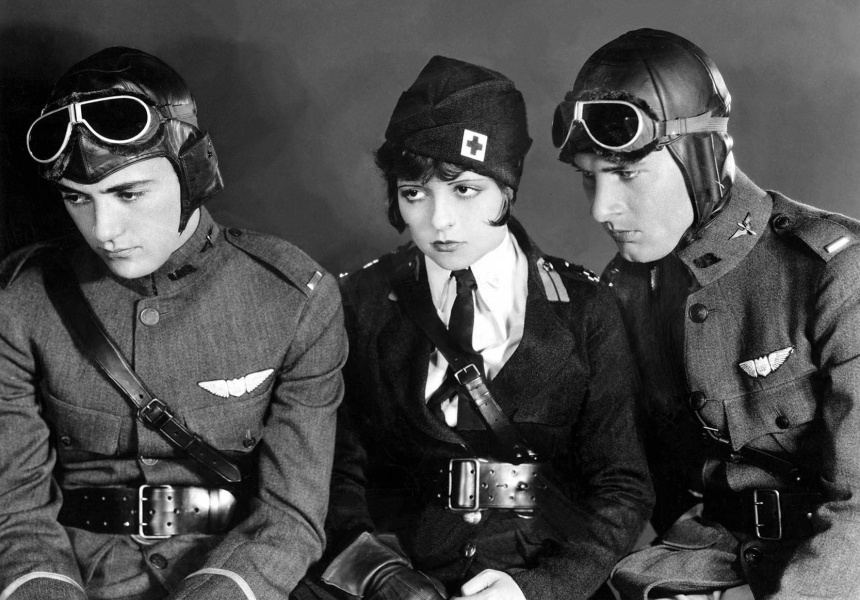 Mother!
Darren Aronofsky’s new film has polarised people, receiving five-star and zero-star reviews in equal measure. So what’s all the fuss about? The title, Mother!, complete with an exclamation mark, doesn’t tell you much about the plot, but it sure gives you an idea of the histrionics to follow. In an isolated country house, an unnamed homemaker (Jennifer Lawrence) wants nothing more than a quiet life with her partner, an esteemed poet with writer’s block (Javier Bardem). But a series of uninvited houseguests break the peace, bringing increasing chaos to their home.

Aronofsky, the auteur behind films like Requiem for a Dream and Black Swan, does a good line in the slow descent into madness. Like those two films, Mother! starts in the cracks of human insecurity and digs deeper and deeper until it hits something frightening – but then it furiously burrows deeper into sheer absurdity. In the second half, as things get increasingly allegorical and convoluted, it’s hard to know if Aronofsky is doing it out of a sense of glee or a burning sense of self-importance. I urge you to see it, if only to help me work out which it is. Like Michelle Pfeiffer’s character says of motherhood, “you give and give and it's never enough". At some point, Mother! is enough. And then it keeps going. But it’s never boring, and you’ll be talking about it long after the credits.

Mother! is playing at Hoyts Entertainment Quarter and Dendy Cinemas.
Watch the trailer.

Blade Runner 2049
It’s a fact of modern Hollywood that no classic sci-fi film is ever truly at peace. This year alone sees Star Wars 8, Alien 6 and a ninth Planet of the Apes. Now the franchise machine has finally got around to Ridley Scott’s 1982 classic Blade Runner.

Expectations have been impossibly high. The original, in case you’re unfamiliar, was a grim and visually sumptuous neo-noir about Harrison Ford hunting outlaw androids in the underworld of future Los Angeles. The new film picks things up 30 years later, with Ryan Gosling in the lead, investigating a case that involves tracking down Ford’s character, who eventually returns in all his gruff glory. As expected it’s a visual feast, from its dystopian landscapes to brilliant effects sequences, and Hans Zimmer offers a fitting tribute to Vangelis’ synthy, saxy score for the original.

Director Denis Villeneuve (Arrival, Sicario) relishes the opportunity to play with the ideas of the first film, but never sinks into nostalgic retread or pale imitation. Even at nearly three hours, it rarely drags or missteps (although you could cut out Jared Leto’s role entirely and the film would lose nothing … so what else is new?). Instead the slow pace gets under your skin, and gives it time to follow its real interests: questions of identity, artificial intelligence and power. It’s likely that more sequels will follow, but this one stands on its own two feet as the best Hollywood blockbuster of the year.

Good Time
Josh and Benny Safdie are some of the most exciting directors working in America, making frantic, real and raw stories about the underside of New York City. Their last was the excellent Heaven Knows What, a story of homelessness and addiction, which never stooped to judgment or condescension towards its down-and-out characters. Good Time follows that path, but is lighter, wittier and less tragic. Connie, a smart and dangerous fuck-up played by Robert Pattinson, is intent on looking out for his intellectually disabled brother (played by co-director Benny Safdie). He does this by putting him through a bank robbery and going on the run. The relationship plays out like Of Mice and Men by way of Grand Theft Auto, and the action rattles around the city’s least salubrious locations, including a KFC bathroom and a dilapidated theme park. It’s one of those films where everything clicks. The pace is frenetic, following Connie’s increasingly poor decision-making with claustrophobic close-ups and a growing sense of tragicomic doom. A kinetic electronic score by Oneohtrix Point Never gives it edge. It’s funny and galling and violent and a thoroughly good time.

Good Time is playing at Dendy Cinemas.
Watch the trailer.

Tom of Finland
By day, Touko Laaksonen (played by Pekka Strang) was creative director at an advertising firm. By night, he drew hyper-stylised pornography. It eventually became popular in the United States, turning the gay scene onto his fetishes for uniforms, leather and rippling muscles. This Finnish film tells the true story of one of the country’s most influential artists, better known as Tom of Finland. Biopics too often have an artificial feeling that never lets you forget you’re watching a reconstruction. Tom of Finland mostly avoids that (although old-age makeup is always a problem). Strang plays the artist with charm and vulnerability and the biographical details of his life are handled with elegance. Beginning with his time in the army, which leaves him with post-traumatic stress disorder, we follow the other great battle of his life – the criminalisation of his sexuality in conservative mid-century Finland, and the stigma and police brutality that follows. Men in uniform are both a threat and a turn-on for Laaksonen, and drawing smiling, huge-cocked cops strips them of their power over him. A strong, thoughtful film.

Tom of Finland is playing at Palace Verona and Norton Street.
Watch the trailer.

Wings
In 1927, no-one had seen a film quite like the silent war film Wings. That’s still the case. It cost millions and took nine months to shoot. Hundreds of extras and hundreds more professional pilots staged elaborate battle scenes and dogfights. Less than a decade after it ended, World War I was already being mythologised. The plot is perfunctory: two small-town rivals, played by Buddy Rogers and Richard Arlen, sign up to the Air Service. Meanwhile love interest Clara Bow joins up as an ambulance driver. They’re all vying for a taste of adventure. And by and large, adventure is how Wings depicts the bloody massacres of the Great War. Watching it now, you might be surprised to find it less conservative than you expected, with homoerotic undertones and even a flash of nudity. It holds up as far more than an historical curio.

The battle scenes will leave you asking ‘how the hell did they do that?’, made as they were with a mix of wild stunts and ingenious special effects that rival any of today’s ropey computer animation. It went on to win Best Picture at the first ever Academy Awards. This year Wings celebrates its 90th birthday, so it’s back in theatres, immaculately restored and re-scored.

Wings is playing at Golden Age Cinema.
Watch the trailer.