At the Movies: Five Films to See in April

Jordan Peele scares us silly, Jonah Hill takes us skating and we meet the refugees – and crabs – of Christmas Island. Here’s your month in the cinema. 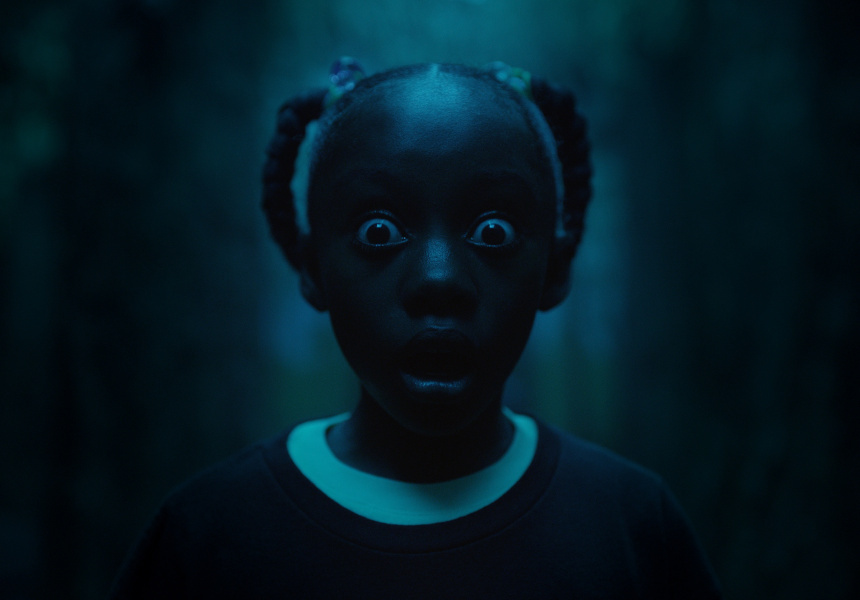 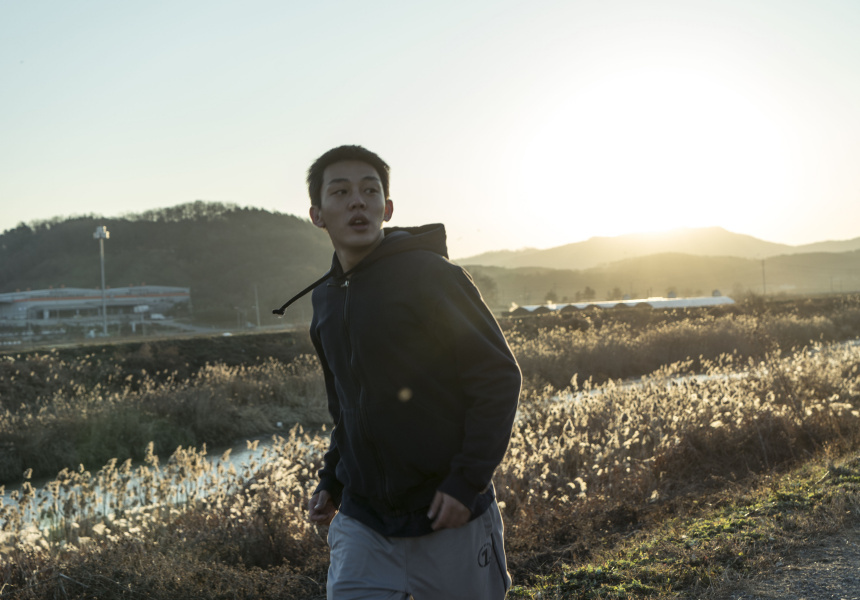 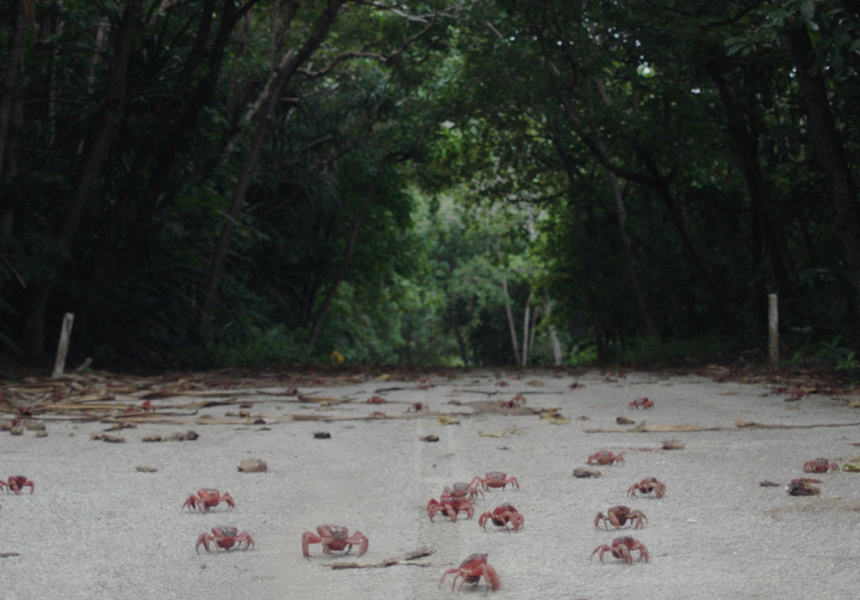 Us
When Adelaide (Lupita Nyong'o) was a kid, she had a terrifying and surreal encounter with a doppelgänger. Now a mother of two, she’s on a family holiday with her husband Gabe (Jordan Peele) and kids Zora and Jason (Shahadi Wright Joseph and Evan Alex) and upsettingly close to the site of her childhood trauma. And her doppelgänger isn’t done with her.

It’s fitting that Us director Jordan Peele is producing and presenting the new version of The Twilight Zone. Us would make a perfect episode: a weird, high-concept happening changes the life of an ordinary person, accompanied by plenty of scary bits, memorably creepy imagery, and an underlying social commentary. But this isn’t a chin-stroking, thinking-person’s horror film – it’s still scary as hell (and laugh out loud funny at times). And while the treatment of class and wealth is as subtle as a hammer to the skull, this is the kind of blunt force needed to reach a mainstream audience. It doesn’t hang together as well as Peele’s last film, the excellent Get Out, but it’s rewarding to see a major film taking a few risks and playing with big ideas.

Us is playing at most Palace, Event and Hoyts Cinemas, Reading Rhodes, and Dendy Newtown.
Watch the trailer.

Burning
In Paju, South Korea, aspiring writer and reluctant farmhand Jongsu (Yoo Ah-in) reconnects with a schoolmate, the eccentric Haemi (Jeon Jong-seo). He quickly falls in love with her, but before long she’s dating the richer, better-looking and more charismatic Ben (Steven Yeun). Jongso becomes the third wheel. But then one of the wheels disappears.

Loosely based on a short story by Japanese writer Haruki Murakami, Burning wrong-foots its audience early on. What seems at first to be a love triangle between a rich man, a poor man and a manic pixie dream girl becomes a tense psychological drama. There’s so much rich detail, from Jongsu’s flawed character to the glimpses of the divisions in contemporary Korea. Jongsu’s farm is on the North Korean border, from which he hears the North’s propaganda broadcast every day. And the Gatsby-esque Ben lives in luxury while Haemi’s apartment is about the size of his bathroom. Burning never lets up with dualities and ambiguities, lies and truths, and doesn’t give us easy answers. Film of the month for me.

Burning is screening at Dendy Newtown and Opera Quays, and Palace Cinemas Central, Norton Street and Chauvel.
Watch the trailer.

mid90s
In an effort to escape his loving mum (Katherine Waterston) and surly older brother (a wound-up, violent Lucas Hedges), 13-year-old Stevie (Sunny Suljic) falls in with a gang of skaters with names like Fuckshit and Fourth Grade. With their help he learns to skate, and learns the ins and outs of burgeoning toxic masculinity.

I struggled to work out why mid90s needed to be set in the mid-’90s. Is it a story that can only be told in the golden age of skate culture? Has teenage masculinity changed? Or is it just a nostalgia kick for men of a certain age? While I think it’s mostly the latter, that doesn’t get in the way of a strong coming-of-age film from debut director Jonah Hill. Rechristened as “Sunburn”, Suljic plays an angel-faced kid torn between his new role model Ray (Na-Kel Smith) and the more destructive instincts of other members of his new family. This is a frank portrayal of young men huddled in a pack and slowly tearing each other apart.

The Man Who Killed Don Quixote
Advertising director Toby (Adam Driver) is in Spain shooting an ad based on Miguel de Cervantes’s novel Don Quixote, sleeping with his boss’s wife and generally being a “creative genius” bad boy when his past catches up with him. His long-forgotten student film, also based on Quixote, was shot just over the hill. He soon discovers that his former lead actor (Jonathan Pryce) has lost his mind, and believes himself to be Quixote. The pair goes off on a quixotic journey of their own.

The Man Who Killed Don Quixote is the Chinese Democracy of cinema. It took director Terry Gilliam (Monty Python, Brazil, Fear and Loathing in Las Vegas) 30 years – and multiple attempts at shooting it – to get this one out of the gate, with illness, natural disasters, money troubles and lawsuits standing in the way. Does it live up to the three-decade drumroll? Well, nothing could. But the good news is that while Gilliam himself has been left in the past a bit, this film bears none of the scars of its long gestation. It's slightly dated, because that's Gilliam through and through: rampant silliness, broad comedy, self-aware cleverness, and all the messiness you’d expect from that concoction. That it’s a film about the hellish compromise of filmmaking is appropriate. The frequent stumbles and uneven bits are part of the charm ¬– it’s messy but it’s always fun.

The Man Who Killed Don Quixote opens on April 11 at Dendy Newtown.
Watch the trailer.

Island of The Hungry Ghosts
Life is slow and repetitive on Christmas Island. The Malay-Chinese community burns offerings for the island’s ghosts. The island’s crab population swarms across the land in an annual cycle. Refugee journeys are cut short by internment on the island, in an Australian detention camp, where torture and trauma counsellor Poh Lin Lee balances family life with her work with the detainees.

These stories dovetail poetically into one in Australian filmmaker Gabrielle Brady’s documentary Island of the Hungry Ghosts. Like some of the most exciting films to come out of Australia in the past year (see Under The Cover of Cloud and Strange Colours) this is slow and intelligent filmmaking with a mix of real and fictional elements (the therapy sessions are represented by reconstructions, but with the original participants). It’s equal parts beautiful, surreal and disturbing in its depiction of different moving populations: alongside the cruel reality of Australian asylum policy, the roads and forests teem with crabs in their annual march across the island – an inevitable, gentle ritual.

Island of The Hungry Ghosts is screening at the Randwick Ritz.
Watch the trailer.