At the Movies: The Best Films to See in June

A new Australian drama explores art and toxic masculinity, an Italian peasant tumbles into the surreal, and Keanu Reeves gets set off again in John Wick 3. Here’s your month in the cinema. 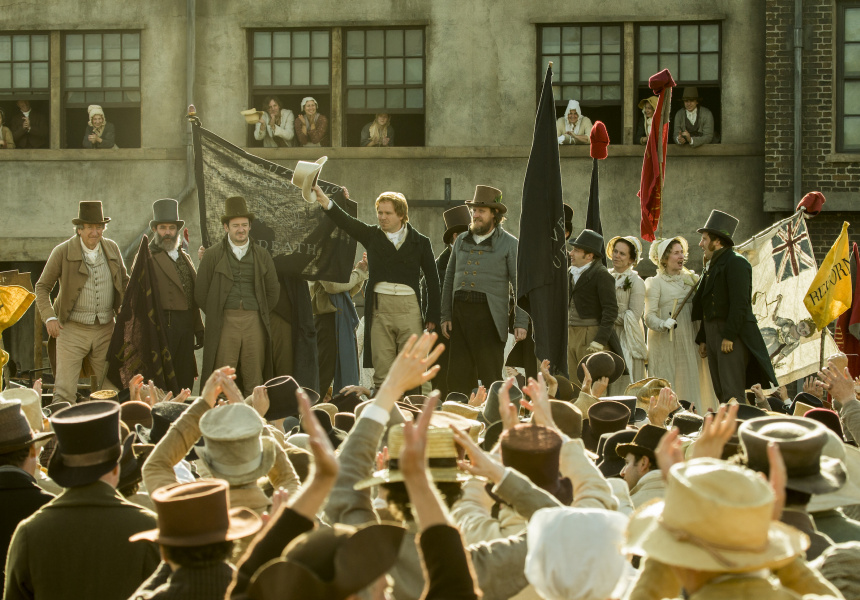 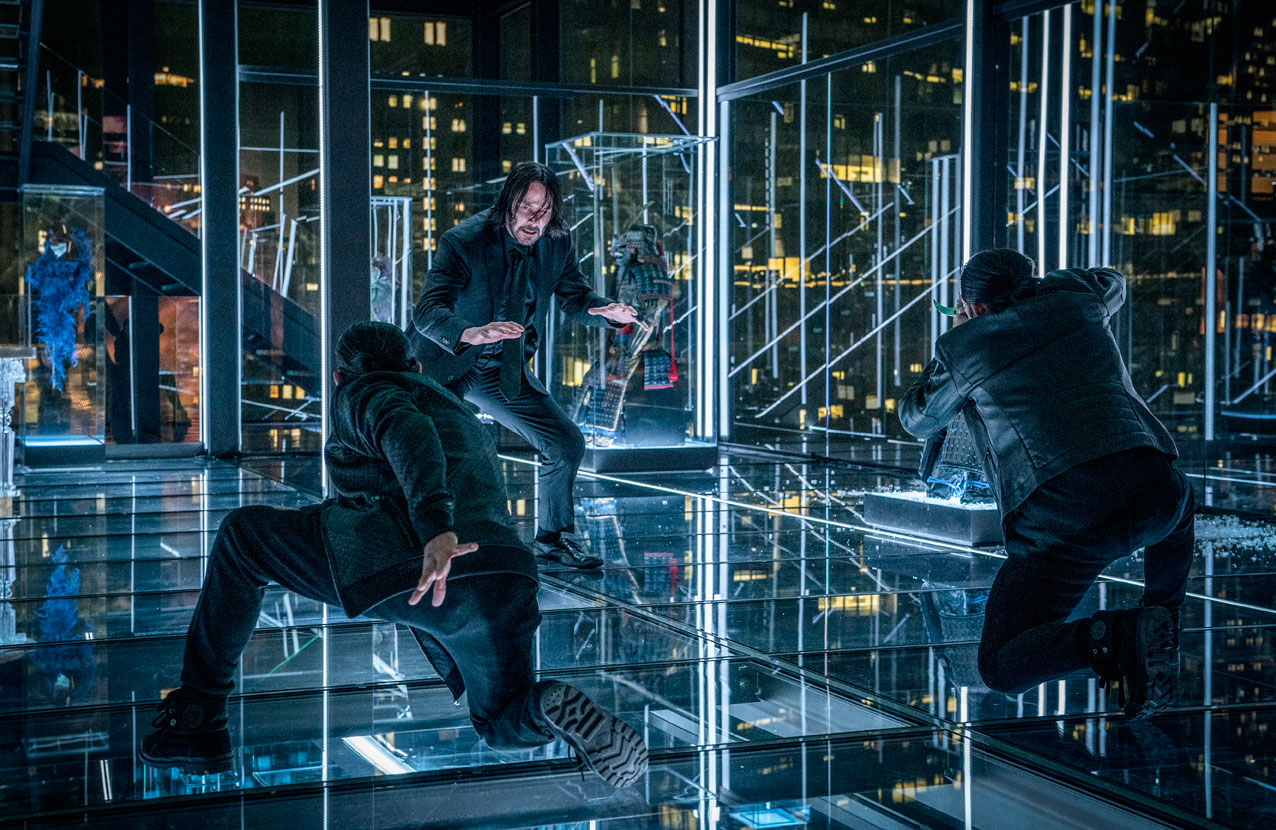 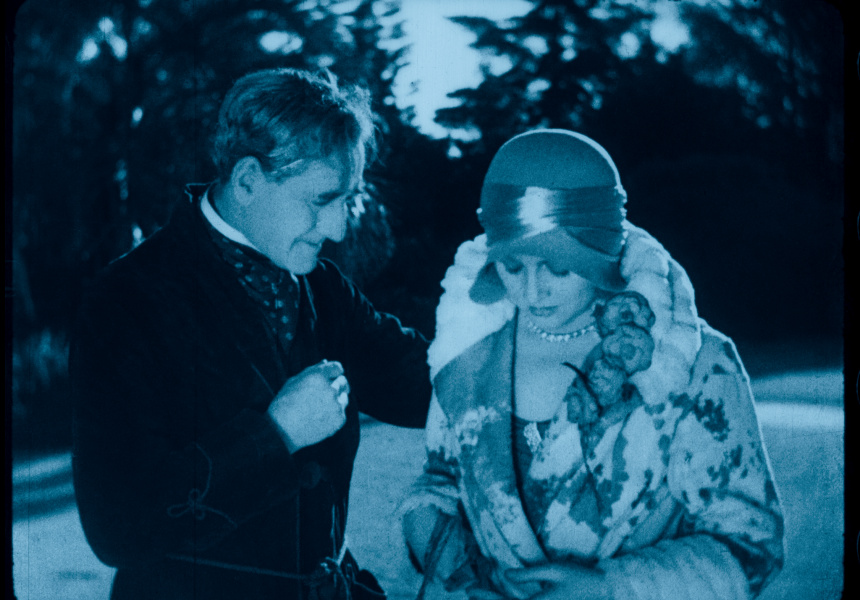 John Wick 3: Parabellum
Retired hit man John Wick (Keanu Reeves) has a $14 million contract on his head. He’s broken some rules, and the shadowy cabal that maintains honour among assassins is out to make an example of him – but he won’t go down easy. In Wick’s New York, anyone could be in the global assassin network, from homeless people on the street to a five-star hotelier. Don’t worry about the plot – John Wick kills a lot of people in this film. And then he teams up with Sofia (Halle Berry) and some particularly vicious attack dogs, and kills some more.

There was an ad for the Melbourne appearance of the Bolshoi Ballet before my screening of John Wick 3: Parabellum. Initially I thought they had the wrong audience, but the film that followed was a beautifully choreographed, balletic exploration of the human form, with added guns and hand-to-hand combat. Wick even drops in on a ballet rehearsal, in case the audience didn’t get the message this isn’t just a two-hour brawl, it’s a masterclass in choreography. Director Chad Stahelski was Keanu Reeves’s stunt double in the Matrix trilogy, so he knows what the man can do, and how to stage killer action scenes.

But of course it’s a two-hour brawl as well. Wick stumbles from set piece to set piece, and things get increasingly bizarre, from riding horseback through Manhattan pursued by motorcycles, to public skirmishes in the New York Public Library and Grand Central Station. Bottom line: the ticket warned of “strong action violence” and the film delivers.

Acute Misfortune
Erik Jensen (Toby Wallace) is a prodigiously talented young journalist at the Sydney Morning Herald when he meets famed artist Adam Cullen (Daniel Henshall). Cullen has a reputation as a great painter, and Jensen (who today is the editor-in-chief of the weekly news publication the Saturday Paper) jumps at the chance to write his biography when asked. But when Jensen visits Cullen in his Blue Mountains home he finds an unpredictable and insecure man wallowing in self-destruction and the two enter a years-long codependency. Acute Misfortune is the real-life story of that relationship, and the writing of Jensen’s book of the same name.

This complex, layered debut from director Thomas Wright is the sort of film that only comes along once every few years – an Australian story told with intensity and poetic precision. There is more emotional depth to this than an average biopic has; it interrogates rather than celebrates the “tortured artist” archetype the art world has frothed over for centuries. Henshall, who played the killer in the brutal Snowtown, has form for playing vicious men. To the outside world, Cullen is a singlet-wearing outlaw winning awards for his gestural, violent paintings. But close up, Henshall plays him as a hollow threat, a burning pit of testosterone. And precocious Jensen peers over the edge. An idiosyncratic, rich soundtrack from Melbourne’s Evelyn Morris punctures the masculine shell. It’s an unmissable film.

Acute Misfortune is screening at Dendy Newtown. Watch the trailer.

Peterloo
Two hundred years ago, just after the Battle of Waterloo, a crowd of 60,000 of England’s downtrodden underclass rallied in a town square to campaign for better voting rights. The peaceful protest was quashed by the army; several protesters were killed and many more were injured in what has become known as the Peterloo Massacre.

Veteran director Mike Leigh has long chronicled the British working class, from Abigail’s Party (1977) to Vera Drake (2004). Peterloo is his unadorned, blow-by-blow historical drama about the events leading up to the massacre. The slow, stagey direction feels more like an old BBC period drama than a contemporary film, and it makes no effort to engage those who might be alienated by all the 19th-century British politics. But if history, political manoeuvring and speeches about people power are your thing, then this is riveting stuff. Leigh puts a lot of focus on communication. From the working class – we get rousing oratory. From the government – pompous buffoonery. It’s long at nearly three hours, but a slew of great performances, from Rory Kinnear as a flash political campaigner and Tim McInnerny as the Prince Regent make it worth your time.

Happy As Lazzaro
An exploitative landowner on a tobacco farm in the Italian countryside keeps a large family of peasants under a system akin to slave labour. But with no connection to the outside world, they don’t know any better. Simple, hard-working Lazzaro (Adriano Tardiolo) is a sweetly naive figure, and the whipping boy of his fellow farmers. Then he forges a connection with the landowner’s son (Luca Chikovani), and the whole scam unravels.

Happy As Lazzaro has a dreamlike atmosphere from the start, but about halfway through it takes a dive into the surreal – I won’t spoil it – that turns the film on its head. The rural-fairytale vibe and class commentary are compounded by a gritty, surprising and deeply melancholy rumination on time and friendship. Director Alice Rohrwacher filters it all through beautiful cinematography, quaint characters and plenty of eccentric detail.

Happy As Lazzaro is screening at Palace Chauvel Cinema. Watch the trailer.

Essential Australian Women Directors season, selected by David Stratton
This Sydney Film Festival season looks back at important women’s voices in Australian cinema. And they go right back to the beginning. The Cheaters (1929) is a fun crime caper from the McDonagh sisters, an early filmmaking trio. Painstakingly restored by the National Film and Sound Archive last year, The Cheaters is a rare glimpse at 1920s Sydney. From Jane Campion comes her weird and wonderful suburban drama Sweetie (1989). And more recent selections include Rachel Ward’s gothic drama Beautiful Kate (2009) and Jennifer Kent’s The Babadook (2014) – one of the best horror films to come out of this country.

The Essential Australian Women Directors season is screening at Art Gallery of New South Wales from June 5 to 10.